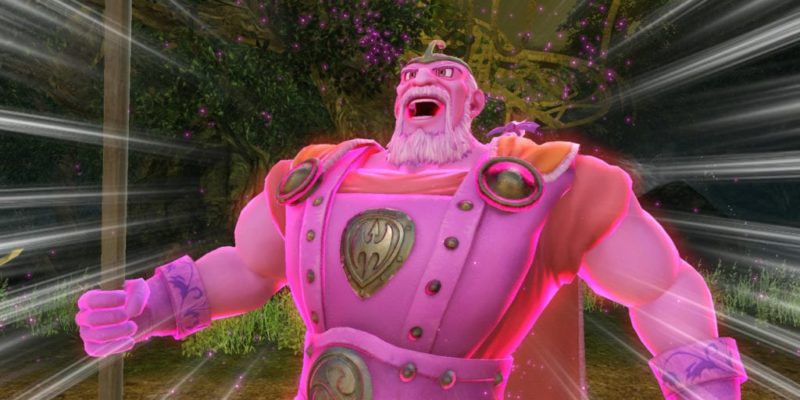 Previously rumoured (due to someone spotting an early advert on Steam), but now very much official, Dragon Quest Heroes will be getting a PC release next month. Here’s the Steam page, confirming a release date of 3 December for the ‘Slime Edition’ of the game.

Dragon Quest Heroes is a collaboration between Tecmo Koei (developers) and Square Enix (publishers); kind of like how Koei and Nintendo got together to do a Dynasty Warriors-style Zelda title in the form of Hyrule Warriors.

I’m less familiar with the Dragon Quest universe, but it seems like a similar concept is being employed here. Familiar faces and themes from the Dragon Quest world, applied to a Dynasty Warriors-ish game.

Prior Dynasty Warriors (and Samurai Warriors) PC ports have been slightly odd ‘hybrids’ between PS3 and PS4 versions, but that can’t really happen with this game as it was only released on PS4. That should hopefully mean the PC version is going to be, at the very least, a 1:1 PS4 port for a change.

The recommended specs seem to indicate that too, as they’re higher than the usual Warriors port fare. I’m not sure an i7 is really going to be needed for this, though; unless it’s extremely CPU-bound (given that the RAM and GPU requirements are very modest).

Here’s the old PS4 launch trailer to give you some idea what’s going on with this game.