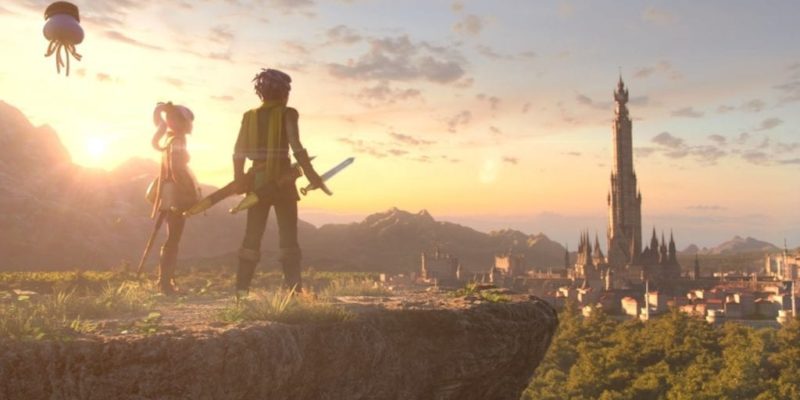 It looks like the Dragon Quest Heroes PC release did well enough to convince the mysterious cabal who decide these things that the sequel should come to our platform too. Dragon Quest Heroes 2 will be released on Steam on 25 April (US) and 28 April (Europe).

That’s actually before the PS4 version (at least in the US), if you can believe such a thing. Anyway, this time around the game will have overworld wandering with random monster encounters, allowing you to explore a bit more freely (though some areas will be gated until you finish certain missions). There will also be online co-op play for up to four players.

Your two main protagonists on this adventure are Razel and Teresia, who’ll be joined by a new cast of characters and Dragon Quest favourites. Some of the party members from the first game will be returning Dragon Quest Heroes 2 too (Healix, Alena, Kiryl, Maya, Terry, and Jessica).

Now, I know what you’re thinking. How the hell did Terry make the cut when Yangus isn’t included? A shocking decision, I agree. But apparently Dragon Quest Heroes 2 will have some free DLC characters for multiplayer, and they will include Yangus (plus Isla, King Doric, Bianca, Nera, and Psaro – so basically everybody else from the original).

Here’s an overview trailer with an extremely jolly narrator.