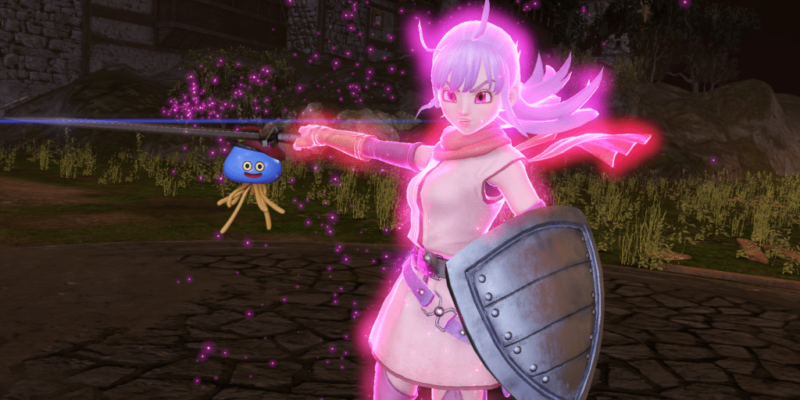 The first of four free May updates (followed by one in June) for Dragon Quest Heroes 2 will be released today. This first one will contain side story quests, and rewards, for Maribel and Ruff (as a pair) and Torneko.

Then, on 11 May, there will be a second set of free additions. Side story quests for Terry and Carver (paired) and Maya and Meena (paired), plus a new boss map called Estark, and the “quest for the ultimate co-op spell”. 18 May will continue the trend, with side story quests for Jessica and Angelo (pair), plus Alena and Kiryl (pair). This update will also add four new multiplayer characters, including the original heroes from the first Dragon Quest Heroes.

Four more multiplayer characters for Dragon Quest Heroes 2 will be released on 25 May, including the mighty Yangus. That update will also include another boss map; Dragonlord.

Finally, on 1 June, Dragon Quest Heroes 2 will get a competitive multiplayer mode called Monster Medal Battle. You can see the timeline for releases on the image below (click for larger).

No sign yet of any kind of PC patch to address some of the stranger issues with the port (like inconsistent GPU usage), sadly. 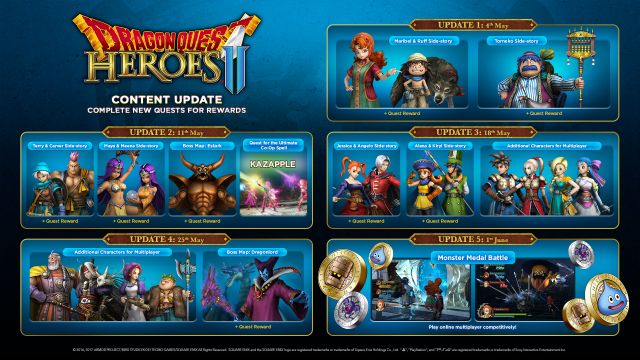 Nvidia GeForce 382.05 drivers out now for Prey and Battlezone