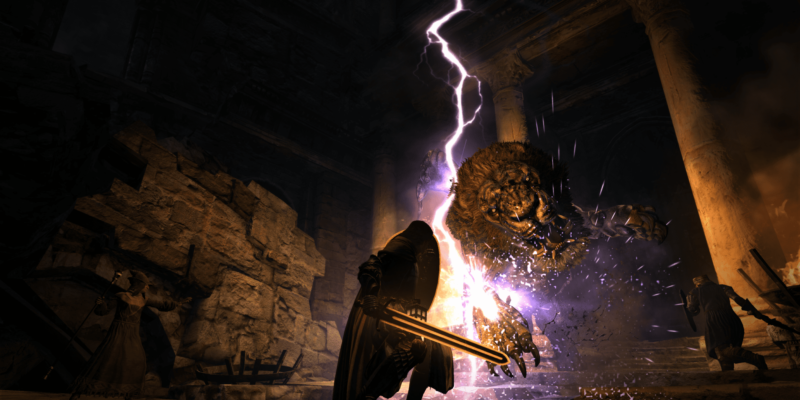 The Steam page for Dragon’s Dogma: Dark Arisen has been updated with some pre-order bumph, and (I think) some PC specs that probably weren’t there before. Pretty sure it used to just say “DirectX 9 required” and nothing else.

If you pop down the required $30.00 USD for a pre-order, you’ll get a 53-song digital soundtrack and digital artbook (the official, 300 page ‘Design Works’ for this title).

Here’s the sort of PC you’ll need. Since Dragon’s Dogma was originally on Xbox 360/PS3, they’re not all that demanding (save for the ‘recommended’ i7-4770K which is surely just playing it very safe).

Both spec line-ups also have the following additional notes: “1) Supports Keyboard+Mouse and XInput/DirectInput devices including Xbox 360, Xbox One, DualShock and Steam Controller. 2) Some high end integrated graphics chips and modern gaming laptops with a discrete GPU may work but have not been tested, nor are they officially supported by Capcom.”

A separate post on the Dragon’s Dogma: Dark Arisen Steam hub page gives an in-depth FAQ about the port, re-iterating that Capcom are going pretty all-out with this one (uncapped frame-rate, arbitrary resolution support to 4k and beyond, no official mod support but no restrictions either, and so on).

The only sad news from that page is that both the Japanese voice-over and Berserk-based gear set will be unavailable in the PC version due to licensing restrictions.

FPS Moving Hazard with its weaponised zombies gets first footage

Funcom will be making Conan games