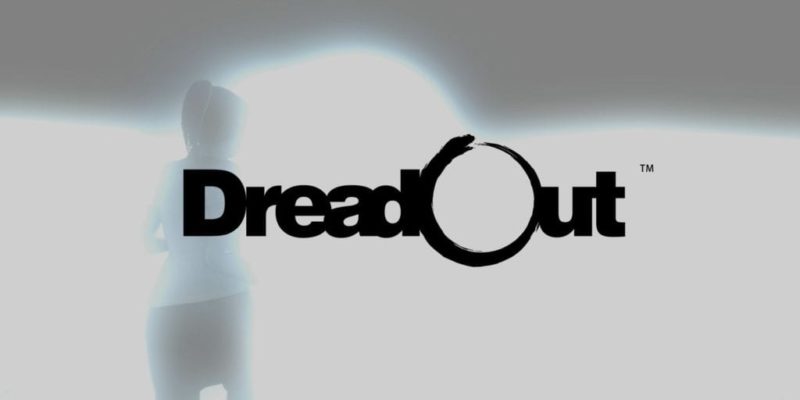 We recently caught up with Digital Happiness to find out more about their upcoming PC horror title DreadOut, which releases on Steam this month. Digital Happiness producer Rachmad Imron discusses the game and tells us a little about being an Indonesia-based developer, and the hurdles they’ve had to overcome to raise funds to create DreadOut.

First of all, can you tell us a little bit about the studio and development team? Many readers may not have heard of Digital Happiness.

Well, it started 8-10 years ago. Seriously! I personally love video games and always dreamed of making games. Back then, there were no affordable game engines. I joined the first self-proclaimed “Indonesian game developer” company as a 3D artist and game designer. We created our own engine similar to the Quake engine. We totally failed. The engine was a mess, the project was canned, we were rejected by our publisher, and the company I joined eventually decided to focus on software development rather than continuing their game development. So, I left the company, and built a 3D animation and graphic design company as a consultant. It was called Iris Desain (which is why Linda’s smartphone in DreadOut is called Irisphone).

In 2004, I got a contract from the local government to make a 3D driving simulator. The payment was far from great, but hey – we made a game! That’s what we’re really passionate about, so I called our previous team together again, revived the engine, and implemented it on the project.

We wanted to continue making a living as game developers, but I think our ecosystem was still not ready yet. We failed again! So we went back doing 3D animations for a living.

In 2011, I met our DreadOut game director Vadi (who was previously our 3D animator), and he introduced us to the Unity engine. He showed us a preview of his game called “Jurig Escape“, which was like a slap on the face for us. A wake-up call, if you will. We had almost abandoned our dream to create a video game! Then, we decided to make it happen. We split our team in two, secured our cash flow for our development, and so Digital Happiness was formed and DreadOut was born!

You guys are based in Bandung which is in west Java. How popular has the gaming scene become in Indonesia now and why did you think it was so important to reach a western audience with DreadOut? Was the problem of piracy in Indonesia a deciding factor?

Our game industry is still in its early development stage. Even up till now, most developers in Indonesia focus on producing mobile and advert games. We can say that they have a certain degree of success, and now some big publishers are already investing and opening new development branch offices in Indonesia. We certainly hope it’s for the better for our video game industry. We have a lot of good human resources but most of them went abroad because there’s no game industry in Indonesia, but we hope this will change soon.

Piracy? Yes and no, actually. We believe our fellow Indonesians are capable of spending money for buying things as our market is huge. But like our industry, they’re still in very early development, our payment gateway is not well implemented, and most of our people don’t use CC as their primary payment method – not to mention sometimes they didn’t even realize that they spent their money on bootleg PC games! We released our demo for free and yet we found it on some bootleg market for $10. And, well, since piracy is unavoidable we just think of it as charity if someone can also make money from us. The situation is quite challenging!

What hurdles have you had to overcome in Indonesia to make the game a reality when it comes to funding and sales?

Yeah, funding is a common problem for indie developers like us. Three years ago we split our core team. (There were only four people) Our director and myself focused on creating game prototypes and the other two maintained our regular projects, but it didn’t work out that well. The budget from our project that was initially allocated for DreadOut missed its calculations several times. By that time we decided it to get it into crowdfunding, since we needed additional development costs up front and also had to prove that our game is marketable.

You originally raised funds through Indiegogo and you managed to reach your rather modest goal. Has any other funding been available from the government In Indonesia or have you had to self-fund the development?

Yes, we had to self-fund the development. Well – some investors or VCs are interested in us, but most only see what’s in front of them, like mobile gaming, casual gaming, etc. Others pushed us to change the horror theme that we brought with DreadOut. That would hurt our vision, so we decided to do it ourselves. You can say that we were rejected by most VCs in Indonesia!

Our game industries are still in the developing stage, and even our government is still learning how to support their creative industries. Yes, they supported us, but not in terms of funding. For example, they did help us attend international gaming conventions. There’s no such thing like CMF (Canadian Media Funding) in ours. Not that we’re blaming them. There are a lot of more important things to take care of in our country!

How did you come up with the idea for DreadOut, and was the Indonesian setting a really important factor when writing the story?

DreadOut comes with both English and Indonesian dialogue, so how tricky was it to get the Indonesian translated to work in English?

For voiceovers, we found it very easy adapting our story with US voice actors since they’re at home with videogame voiceovers. It’s a bit different in Indonesia. Most of the voice acting talents who came to us were from a different industry – they are used to doing radio shows or cabarets. So, we decided to release our game with English dialogues first, and update it with an Indonesian patch later. I think our US casting director Amber Lee Connors is doing a great job. We just needed minor revisions and it’s a wrap.

What’s particularly intriguing about DreadOut is the setting. We’re used to running around European or North American villages in games, but Kampongs are very different places, as our readers will know if they’ve ever wandered around one. How has the Indonesian location influenced the game design?

Yeah, since we’re basically Indonesian, we’re very much familiar with our own environment. Indonesia is very huge with 13,000 islands and 700 native languages. Our country is very rich in terms of cultural diversity. Every place has its own unique environment. We are really interested in giving a slice of our unique cultural settings to gamers, as these are settings we rarely see in gaming.

For anyone who may have not followed the game, can you tell us a little more about the story, the protagonist Linda and how the gadgets – such as the phone – function and work as part of the gameplay?

Some cultures – even some westerners from a pre-modern culture – once considered photography as “stealing somebody’s soul”. So, that’s our basic concept. Linda, our protagonist, somehow awakens her supernatural ability to “see” things through her smartphone.  She can also damage the ghosts threatening her, depending on how powerful the ghost is that she encounters. Some can only be seen through her camera, others can manifest itself directly. With her camera, Linda will defend herself and solve various puzzles in the game.

Last year you released a demo for DreadOut. How was that received, and has much changed in the final version of the game based on initial feedback? If so, can you elaborate?

It was really an interesting and a humbling experience for us. It gave us a lot of input for our upcoming release. Right now, Linda’s camera can show a camera glitch that indicates a ghost on target are within snapping range. Linda now have her own inventory. Some items will trigger a secret enemy, etc.

Horror games are making a bit of a comeback right now on the PC. What would you say has influenced Digital Happiness most when creating DreadOut, and what makes this title stand out from the crowd?

Is that so? Thank you! We actually designed our game based on our love for survival horror genre. Most people think DreadOut resembles the Fatal Frame/Project Zero series on Playstation 2 and, well, it’s kind of like a love letter to them. But it’s actually only a slice of the experience we want to present with DreadOut. And maybe our third-person approach in DreadOut could be a slight variation, since nowadays most horror games offer only a first-person experience.

What are your plans once the game is released? You have mentioned DLC, but beyond that…? Have you talked about developing this franchise further?

Of course… We’d like to see DreadOut growing as a future franchise, as the Dread series perhaps! But it still depends on the reception from the public. In the case of DreadOut, our first release is actually half of our initial plan that we will have to release as future DLC. Also, we’ve already prepared another experience in DreadOut, which will be in the form of Ghost Hunting DLC for our next release.

Should DreadOut sell well when it arrives on Steam next month, do you think it will encourage other Indonesian developers to look closer at the PC market and fund future projects through crowdfunding and then releasing on digital platforms?

Yeah, right now besides us, there are already two developers from Indonesia that have been greenlit by Steam, and one of them also succeeded on Kickstarter. And I think in the coming months we will see other Indonesian game developers go through crowdfunding and the Steam platform.

Finally, can you tell the readers why they should pick up DreadOut next month? I know the setting is one reason I’ll be playing it, but for those less familiar with Indonesia and its culture what makes DreadOut special?

Haha. I’m not the marketing guy, actually, but you guys should pick up DreadOut if you want to help a future horror game developer sustain a living. Just kidding! Well, I’ll just take one from our tagline: if you want to experience a third-person supernatural horror based on the uniqueness of Southeast Asian ghosts, and if you’re bored with muscular male protagonists, DreadOut is your thing. It offers what old-school horror fans look for in a single player horror game.

Dreadout will be released on Steam some time in May. You can try the demo now and check out the official website.

Plants vs Zombies free on Origin