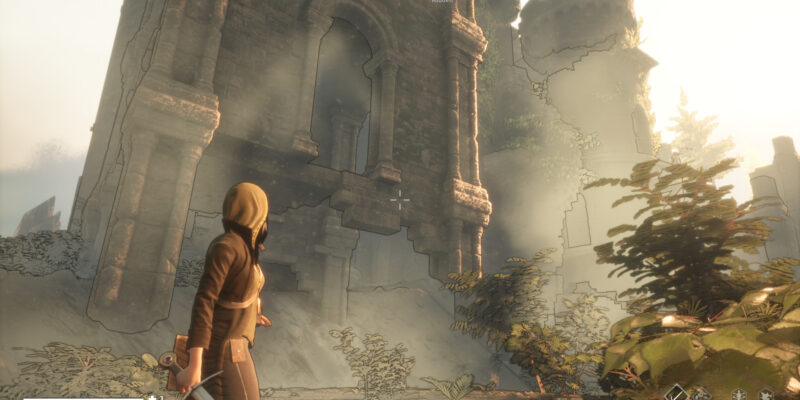 Developer Cathuria Games and publisher Raw Fury describe their new title, Dream Cycle, as the next evolution of action adventures. The new game was revealed during gamescom 2021 and is coming to Steam Early Access on September 7. You can check out the brand-new reveal trailer for Dream Cycle down below.

The trailer doesn’t tell you much about the story, the protagonist, or the world they inhabit. However, it does show off some pretty neat look moves you’ll be able to take advantage of. It also gives you a brief glimpse of the first-person combat.

In Dream Cycle, you play as a modern-day arcane apprentice named Morgan Carter. Somehow, you’ve become trapped in an ever-expanding cursed alternate dimension. It’s up to you to save the Dreamlands, whatever those are, and save your soul at the same time.

In your adventure, you’ll battle the corrupt inhabitants of the Dreamland. You can get a brief look at their gruesome mugs in the Dream Cycle reveal trailer. To survive the cursed land, you’ll need to use stealth, traps, spells, and illusions. If you find yourself in a head-on battle, you can resort to more conventional techniques. Like putting bullets into the heads of the monsters. As you venture deeper into the Dreamlands, you’ll uncover truths about yourself and your story. Hopefully, you’ll also be able to find a way out.

Cathuria Games says there are 10,000 adventures in every map tile. According to the developer, each adventure should take between 10 and 30 minutes to complete. That’s a lot of game time. Cathuria also intends to regularly update Dream Cycle with new realms, which include new biomes, story chapters, weapons, enemies, powers, and more.

The Early Access version of Dream Cycle will include the introduction, as well as the first section of the main story. You’ll have access to 20 weapons, 12 spells, and roughly 20 perks. As for the baddies, there are three factions with a total of 12 enemies. Plus procedurally generated bosses.

Dream Cycle is already available to wishlist on Steam and is coming to Steam Early Access on September 7.

Nobody Saves the World delayed to 2022, online co-op arriving at launch