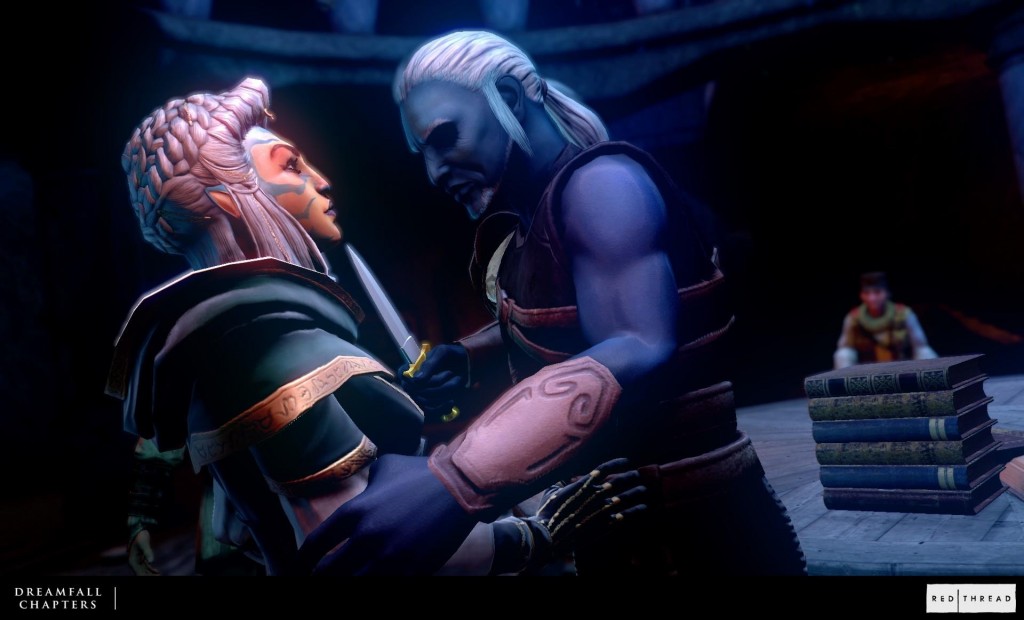 Red Thread Games aren’t offering any more details on when we can expect the next part of Dreamfall Chapters, barring that it’s still in the pipeline.

A development update offered to backers states that Dreamfall Chapters Book Two is proceeding according to schedule and hitting every deadline, but that we shouldn’t expect to hear when it’s due until it’s pretty much ready to launch. “In fact,” reads the update, “we don’t plan on announcing anything until we’re about 8-10 days away from launch.”

The reason for this is that they want to ensure it’s as good as it can be. If they announce a ship date now, then there’s a chance that they’ll either have to release something they’re not happy with, or delay the release – neither of which is an option Red Thread are particularly keen on taking.

Which seems fair enough! As such, we shouldn’t expect to hear anything about a release date until Book Two is a couple of weeks away from launch. Until then, we’ll have some screenshots and at least one more trailer to keep us going.

Speaking of which: here, have some new screenshots.