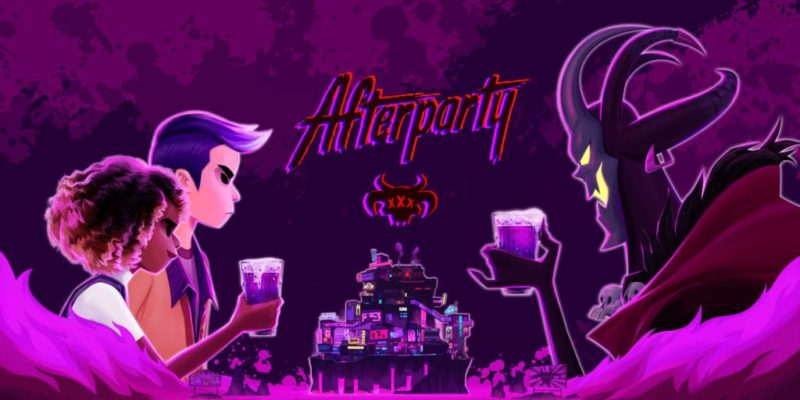 I’ve never been one to pass up an opportunity to partake in the consumption of an adult beverage. Granted, my tastes have matured over the years (so I’d like to think). The rules in Afterparty, however, paint a much more dire need to consume those carbonated carbohydrates. And, if the game’s deadly circumstances have piqued your interest, you’ll be glad to know that preorders have now opened up on the Epic Games Store.

Yes, Afterparty is a game where you are stuck in the perils of fiery hell (literally) and you must consume alcohol to make it back to the land of the living. The game’s protagonists, Lola and Milo, find themselves in a pit of despair. However, there’s one positive to their situation: they can drink their way out. The only problem is that the drinking opponent they must defeat is the devil himself.

From the trailer, you can see there’s quite a variety in both story and gameplay. But, the most important description of Afterparty comes in the form of how you will make it out of Hell and land yourself back on Earth. Conversations will open up additional knowledge about people, their quirks, and what brought them to such a lowly place. This is all in the effort to outdrink Satan and, in the end, find your way out of hell. And hey, beer pong.

Afterparty launches on October 29. It will launch on PC, Xbox One, PlayStation 4, and Nintendo Switch with a US$19.99 pricepoint. You can pre-order the game on the Epic Games Store at this time.

While it will release on Xbox One with the Xbox Game Pass, it doesn’t look like Afterparty will be one of the titles included in the Xbox Game Pass Ultimate. For those unfamiliar, this is a program that delivers free Xbox One games monthly via paid subscription. For some games, this also includes their PC counterpart release, thereby allowing for cross-platform progression.

Doom 64 gets an official and brutal trailer