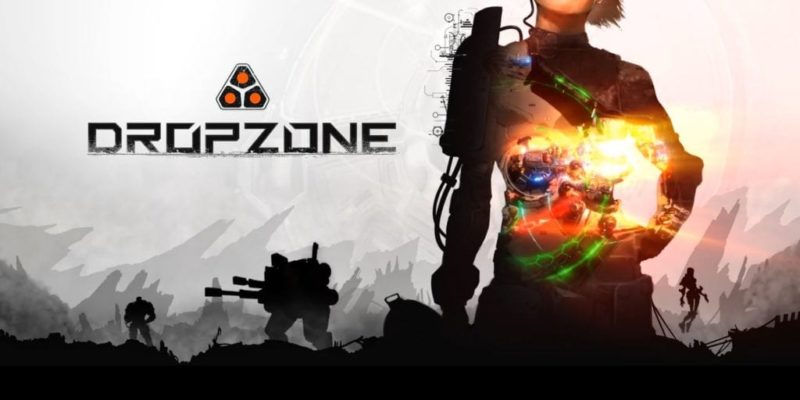 When I first heard about Dropzone I wasn’t quite sure what to expect. It was being dubbed as a Real Time Strategy game that would play out over quick, 15 minute matches. Intrigued, I jumped into the game a couple of months ago to see if it really was an RTS, or some kind of weird hybrid. The game has just gone into open beta so it was time to jump in again and find out what has changed.

So is it really an RTS? In my mind, it’s not really what could be deemed a traditional RTS, and the only aspect of the game that really fits the genre is the fact you are moving multiple units around a map. There’s no base building or anything like that. At the same time, it’s not a traditional MOBA either, there are no towers to destroy and “lanes” don’t come into play.

In that case, what the hell is it? Developer Sparkypants has desperately tried to avoid the crowded MOBA market and come up with a game that mixes a little bit of the MOBA and RTS formula. You control three units instead of one, you have an objective of capturing and delivering cores, and, at the same time, must use the different unit’s abilities to prevent the enemy doing the same. All in a 15-minute match. 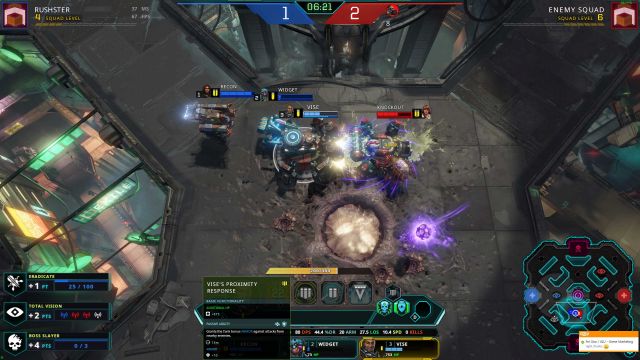 The tricky part is controlling all three units, while also making the best use of abilities so they can benefit from each other’s skills. It takes some getting used to, but, with some mastery of the hotkeys on skills and unit selection, everything starts to fall into place. Thankfully there are some decent tutorials that take players through the control scheme.

Each match plays out on a reasonably sized map which is also populated by non-player enemies, the insectoid Kavash. Their main goal is to provide some resistance, and destroying the Kavash hives is how you reveal capture cores; which then need to be dumped into a central collection point. Your opponent is trying to do exactly the same, so there are obviously going to be clashes on the battlefield. 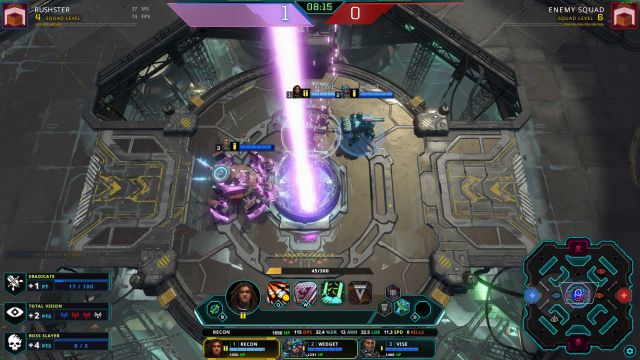 Once a core is captured, there’s an uplink timer. This means cores can’t quickly be dropped off, you have to protect the unit delivering the core from attack by other players. With multiple units at their disposal, players have to protect the carrying unit with the other two units in play. This is where Dropzone starts to show some potential. All the units you control need to be utilised both in an attacking and protective role for the duration of a match.

There are three unit types in play during the tutorial, Recon the gunner, Widget the mechanic support, and Vise the tank. The key lesson is getting these three units working together in tandem. Widget providing healing, Vise using AOE and bulk, and Recon providing some ranged support.

Although Dropzone is not really a MOBA, MOBA–style play is evident with multiple skills available to each unit. It’s tough enough at the best of times when there’s only one unit to control, so with three units you have to quickly switch between them to make sure all the right skills are activated at the right time. On top of that you have to make sure all the units are supporting each other as best they can. There are also individual unit level ups during the game which is another trait carried over from both RTS games and MOBAs.

Once the tutorial is completed there’s currently a total of 12 units to pick from before embarking on live matches. But that’s just the start, because each unit can be customised with different skills, chassis, sensors and offensive abilities. Depending on what you pick, active skills are unlocked at different levels during a match. It takes some fine tuning to get the right combo of active and passive skills to suit your playstyle, and even then you have no idea what your opponent will have chosen once the match starts. 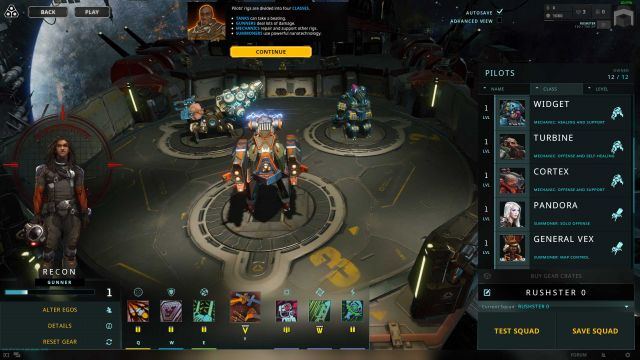 Should you be successful in your endeavours, the post-match period rewards players with in-game currency called Jovians and, of course, the obligatory loot crates. These can provide extra gear to equip.

I’ll admit that I have not fully engaged with the game yet. 15 minute matches with the objective of dropping cores into a central point is not that compelling. Sure it’s tough to master the units and battle against other players, but the current game mode feels a little too simple. It’s early days though, and you can play co-op against the AI with friends if you favour that approach. There’s also an Infestation mode where you can simply take on waves of enemies while trying to protect a reactor.

Sparkypants is creating a game that will appeal to gamers looking for quick bursts of action, but it’s also a title that requires a reasonable level of skill and grasp on planning. With Ranked play still to be added along with more units, Dropzone may just manage to carve a niche for itself in the MOBA/strategy market.

Dropzone is available now as an Early Access title on Steam.

OpenCritic hits out at MetaCritic over translation exclusivity

For Honor changes and improvements outlined in update

By Robert Workman2 days ago
Previews

By Robert Workman2 days ago0
Previews

By Tim McDonald3 days ago0
Previews