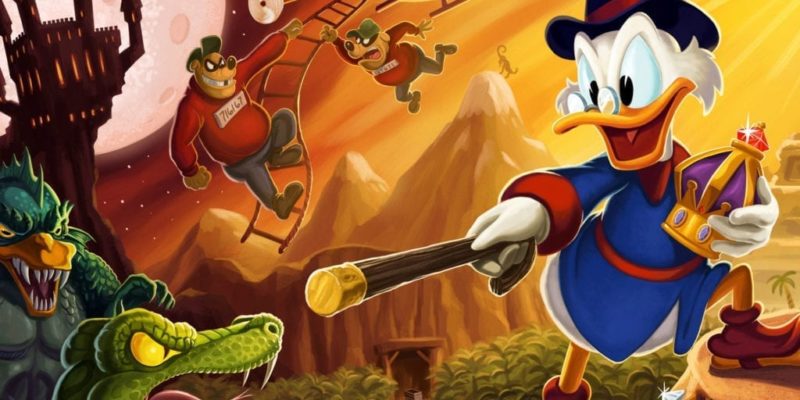 As is a fear with any digital game, Capcom has announced that Ducktales Remastered will be leaving digital storefronts soon. If you have any interest in grabbing the game, you will have until August 8 to do so before it vanishes into the ether.

Life is like a hurricane, so get it on sale now or re-download it if you’ve previously purchased it. More details:

I may have had some issues with Ducktales Remastered, but it was a solid reimagining of a classic NES game. Not only was it some classic platforming action, but it reunited the cast of the animated series for one last hurrah. Developer WayForward paid great attention to detail in nailing the art style of the show while expanding upon the short levels that the NES original contained. Physical versions exist for consoles (on PlayStation 3 and Wii U), but PC only ever received the game via Steam as a download.

If you weren’t so hot on the redone sprites or added narrative bits, at least the Disney Afternoon Collection contains the original NES version of Ducktales and its lesser-known sequel. I feel like those could have been great extras to beef out the Remastered edition, but regardless, this is still sad news. It’s always disheartening when games disappear due to aging licenses, which is likely what is causing this new delisting.

So this is your warning to grab the title while you still can. The title is currently 75% off on Steam, bringing it down to $3.74. There is always a chance that the title may return to Steam (as the Castle of Illusion remake has shown), but you really can’t beat the price on offer.

What do you guys think about digital-only games getting delisted? Are you a fan of PC games not getting true retail releases anymore? Did you even know that Ducktales Remastered existed? Tell us all of your thoughts in the comments below.