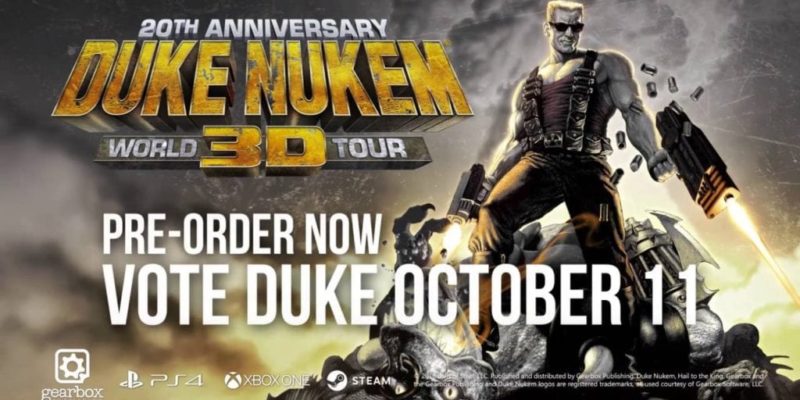 Duke Nukem is back and we’ll just forget Duke Nukem Forever ever happened. Duke returns in the Duke Nukem 3D Anniversary Edition and Gearbox has revealed the first details  at PAX.

This new release will come with a new episode with right new levels created by the original Duke Nukem 3D designers Allen Blum III and Richard “Levelord” Gray. Players will also have the choice of playing with the upgraded visuals or the original 1996 graphics. The new version utilises Gearbox’ True3D Rendering mode for fast framerates.

This version will also include new lines from the one and only voice of Duke, actor Jon St. John, and new music from  Lee Jackson.

Duke Nukem 3D Anniversary Edition will release on 11 October on Steam costing $19.99. It’s worth a look if you missed out on the original which was brilliant at the time and can be considered a classic.

No Man’s Sky update 1.07 has the “largest set of fixes and tweaks so far”