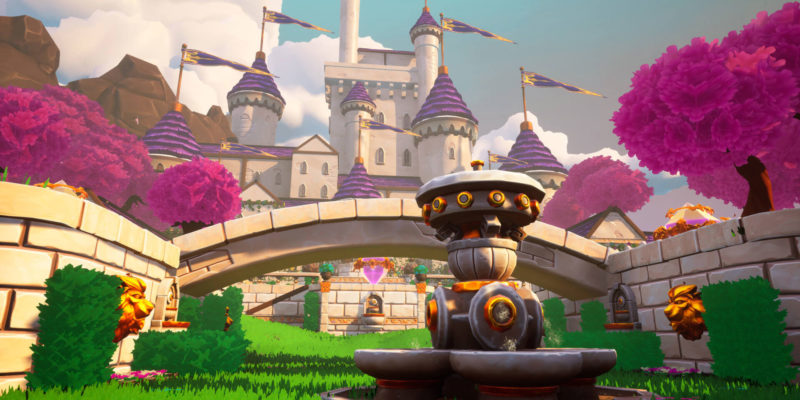 Dungeon Defenders: Awakened is the sequel to the massively successful Dungeon Defenders, a co-op tower defense with a little bit of action RPG thrown in the mix. Chromatic Games just announced the sequel will release in spring 2020 on PC, with a closed beta kicking off on November 22.

To get into the closed beta, you’ll need to pre-order Dungeon Defenders: Awakened through the game’s official site. Pre-ordering will set you back $40, but you’ll get a bunch of other digital content on top of the closed beta access. You’ll also receive a Steam Key for the Dungeon Defenders 2012 Collection, which includes the original game and 24 DLC packs for it. The 2012 Collection alone is about $40 on Steam right now, so that’s a good deal.

In Dungeon Defenders: Awakened, players will return to the land of Etheria to stop the evil Old One’s time-traveling plot to undo all your hard work from the first game. You and your scrappy band of heroes will fight off relentless hordes of dark forces with devilish defenses and action-packed combat. Using a variety of playstyles, you’ll dispatch orcs, ogres, dark elves, wyverns, spiders, skeletons, and all the other classic fantasy bad guys. There’s also the odd massive boss for you to tangle with, like dragons and goblin mechs. You know the sort.

You’ll play as one of four characters during the beta, with the promise of more to come down the line. Wade into the fray with the melee Squire. Safely cast your spells from afar as the magical Apprentice. Support your team with the dynamic Monk. Or, lay traps for your enemies with the agile Huntress.

As you battle across the 15 maps in five different game modes, you’ll gather loot, upgrade your equipment, acquire pets, and so much more. The variety of gear and customization options available for each character mean you’ll enjoy countless hours of fast-paced action in Dungeon Defenders: Awakened.