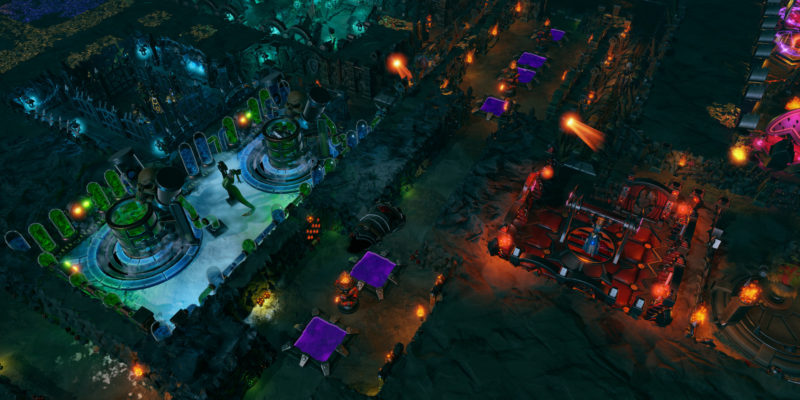 Dungeons 3 is a real-time strategy game published by Kalypso Media in 2017. Since launch, it has received plenty of post-release content, including the Clash of Gods expansion and Evil of the Caribbean DLC. Today, developer Realmforge Studios has launched Dungeon 3‘s final piece of downloadable content, A Multitude of Maps.

A new trailer for Dungeon 3‘s latest content pack details the DLC’s features. A Multitude of Maps is a relatively simple map pack that adds three new locations to play on both skirmish and multiplayer. Of course, to play with your friends everyone must have the DLC purchased and installed.

Dungeons 3 – A Multitude of Maps

There are three new missions, one for each of the DLC’s skirmish maps. These are The Summoning Stones, Corpses for the Mortuary Mountain, and Re-burying the Golem. Vanilla Dungeons 3 has 20 unique campaign missions, but with all of the DLC installed, you can now have access to an impressive 47.

Dungeon 3‘s new maps provide diverse environments never seen before, from dark, cobblestone forts to a desert island paradise to a nature-rich forest. There’s plenty on offer for fans of the franchise.

A Multitude of Maps is Dungeon 3‘s second most expensive DLC, priced at $4.99. As with most of its DLC, this map pack doesn’t change the core gameplay but rather just adds a little more content for dedicated players. You can consider this as filler with Kalypso Studios preoccupied with other titles for the time being. After all, just in January alone, they published both Commandos 2 – HD Remaster and Praetorians – HD Remaster. Also, Kalypso’s biggest release, Tropico 6, received its first DLC pack not that long ago, and it’s very possible another one is in the works.

If you’re interested, you can pick up Dungeons 3 74% off right now on Kalypso’s official website. Rather than paying Steam’s full $39.99 retail price, it’s available for just $9.98 instead.