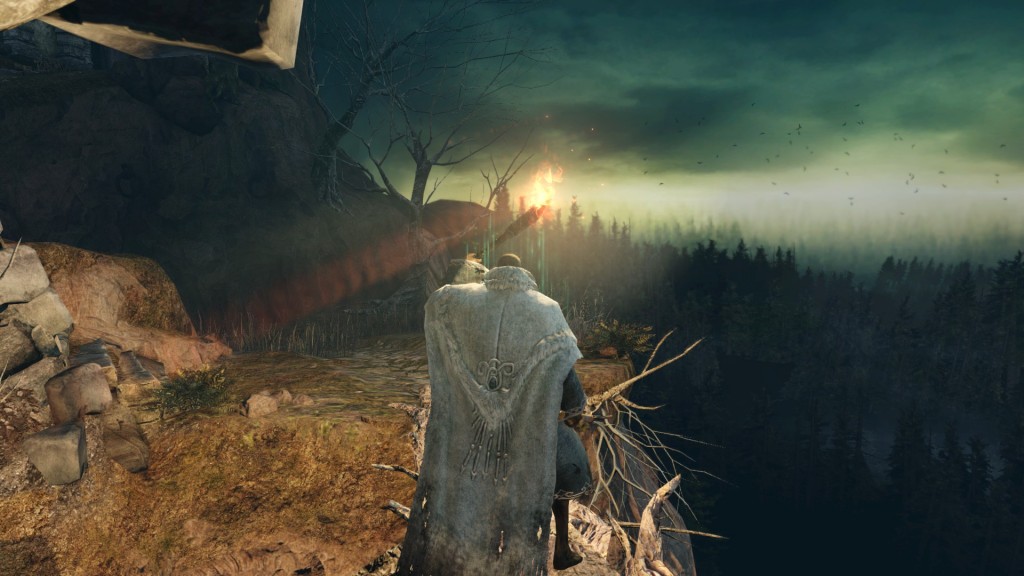 If you want to make the game look nicer than this, you can.

Dark Souls 2 works pretty well out of the box this time, but additional bells and whistles are still welcome. Peter “Durante” Thoman, the chap who made DSFix for the first PC version of Dark Souls, has been busy with a mod set for Dark Souls 2 too. His GeDoSaTo tool can be used to downsample in games other than Dark Souls 2, but recent updates have been quite Souls-focused.

This latest version, Alpha 4, gives you the option to permanently hide the Dark Souls 2 mouse cursor (which is actually very handy, as it has a habit of popping up when you don’t want to see it) and to force the game to run in borderless fullscreen windowed mode. Downsampling in this mode “might … still be a bit buggy” according to the author and is known to break the Steam overlay, but hey, it is now possible.

Here are the improvements listed for Dark Souls 2 in this version:

Before using this you should also read Durante’s statement about GeDoSaTo and VAC bans:

Yes, GeDoSaTo could potentially get you banned in any online game which uses an anti-cheat system. Just like anything else which modifies the game output, such as SweetFX or SMAA injection. Or, if you take user agreements literally, even FRAPS or a Mumble overlay. If you are concerned about this, then do not use anything which at all modifies what a game is doing in multiplayer/online games. Personally, I hope modern anti-cheat tools are smart enough to figure out whether something just improves rendering or actually modifies the game’s data (that is, real cheating), but I can make no guarantees of any kind.

Instructions on how to install the mod tool and get it up and running with Dark Souls 2 are available on the page for the current release.