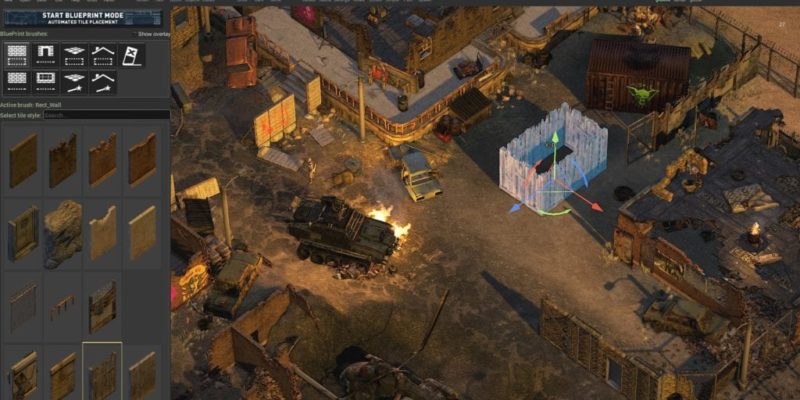 PC gamers love a good old post-apocalyptic themed game and Dustwind Studios has just announced a title they are working on called Dustwind.

Described as more like Fallout Tactics than Fallout 2 or Wasteland 2, they describe it as “closer to Fallout Tactics played online and in real-time mode, than it is to Fallout-2”. Dustwind Studios were using the word “MOBA” on their game description originally but that has now vanished which was probably a good idea. We really don’t need another MOBA at the moment.

They describe the gameplay as follows:

You will be able to play relaxed Coop matches with a couple of old friends, play just for fun in larger rooms, or play lightning-fast 1v1 Deathmatches, competitive Clan matches, etc.

There is no one „true“ way to play Dustwind, and you will find the ones you personally prefer really fast. Especially since the map editor will enable anyone owning the game to create their own maps – and with them, new ways to play the game. More information about all of this will follow in a future video update.

As far as the story goes, the game is set in 2075 following an event they call “The Awakening”, an event where an AI mainframe has gone rogue and “robotic armies” have risen up against mankind.

Dustwind Studios are looking for a publisher to step up and help, but for now they are taking donations to help fund the project instead of heading to a crowdfunding platform.

Information on the gameplay is a little vague at the moment but Dustwind could be a game to keep an eye on.

FIFA 16’s celebrations video helps you fall over in style