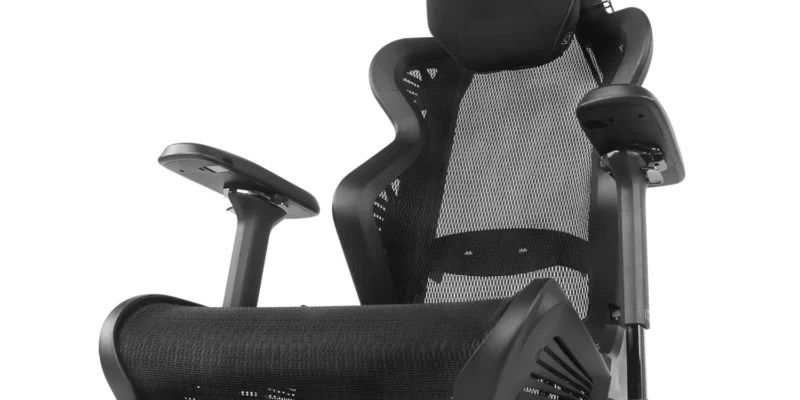 I wasn’t expecting to find out that DX Racer made a mesh gaming chair. Mesh isn’t even remotely on my radar when it comes to the usual lineup of race car seat wannabe office chairs. I’ve been using a DX Racer Air chair for a couple of weeks now, and I’m mostly satisfied by it. The construction is undeniably high quality, it has all of the usual features, plus it stands apart from the rest of the pack due to how much like a normal office chair it is. But it also has some issues with comfortability, especially when using it for long periods at a time.

Assembling my DX Racer Air was a task much like assembling any other chair. The instruction booklet uses numbered pictures to convey what you need to know, but anyone who’s put an office chair together before will be familiar with what goes where. The chair didn’t come in a huge amount of pieces, so you can put together rather quickly, depending. Upon removing everything from the box, I was surprised to see that the base was metal instead of plastic. This chair really is made of higher quality components compared to competitors. The soldering holding the seat to the frame seems a bit spotty, however.

As for what we’ve got, the seat and back, as you’ve likely guessed, are all mesh. If your body is pressed up against it, it’s likely a mesh surface. The mesh itself has a decent amount of give, although it’s somewhat rigid, which can lead to soreness. The seat offers plenty of legroom, so at least it isn’t cramped. The 4D armrests are similar to, but different from, the ones I usually see on other gaming chairs. They’re completely standard, though, as you can change their angle and lower them without issue. 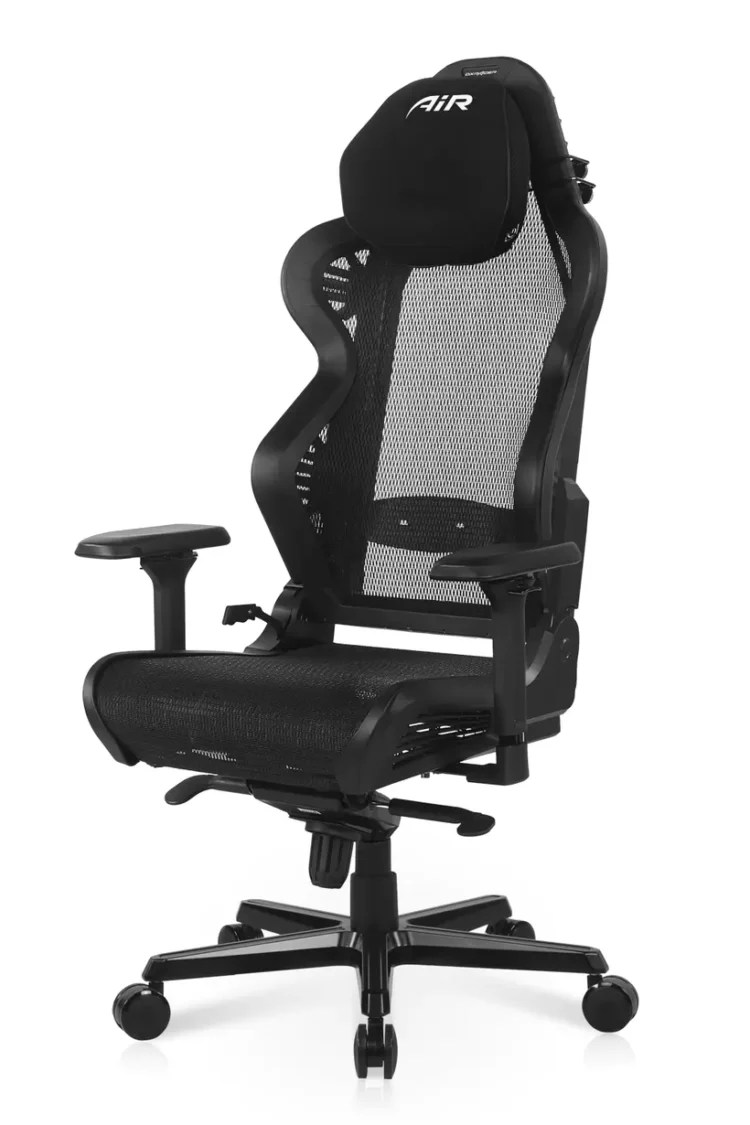 No rest for the wicked

An interesting thing to note is simply that these armrests, much like the mesh itself, are honestly less comfortable than the more default ones I’m used to. They’re flatter and harder than I’m used to. Plus, I’m really not that fond of the choice. My mouse arm, in particular, can get extra tired from resting on one, so it’s a bit of a bother. Speaking of bothers, the very base of the DX Racer Air’s back has a plastic protrusion on it that can press into your lower back if you don’t angle yourself to avoid it. It’s a curious choice.

Unlike most other gaming chairs, the DX Racer Air doesn’t have a lumbar pillow. I’m all for this, as I hate lumbar pillows and have never found one that agreed with me. Instead, it uses an adjustable plastic bar attached to the back of the chair that you’ll need to raise or lower to find the right spot. Once you do find the right spot (which can take a bit of trial and error), the chair becomes easier on the back. Before finding it, however, I wasn’t getting the back support I needed and often found myself in some amount of pain.

Even after finding what I believe to be the right height for the bar, I still find my back hurting, but that could easily be because I’m attempting to sit in the chair for far longer than its designers intended. In another stark difference from other chairs, the DX Racer Air has what is undoubtedly the nicest headrest I’ve seen on a gaming chair. It’s extremely comfortable. 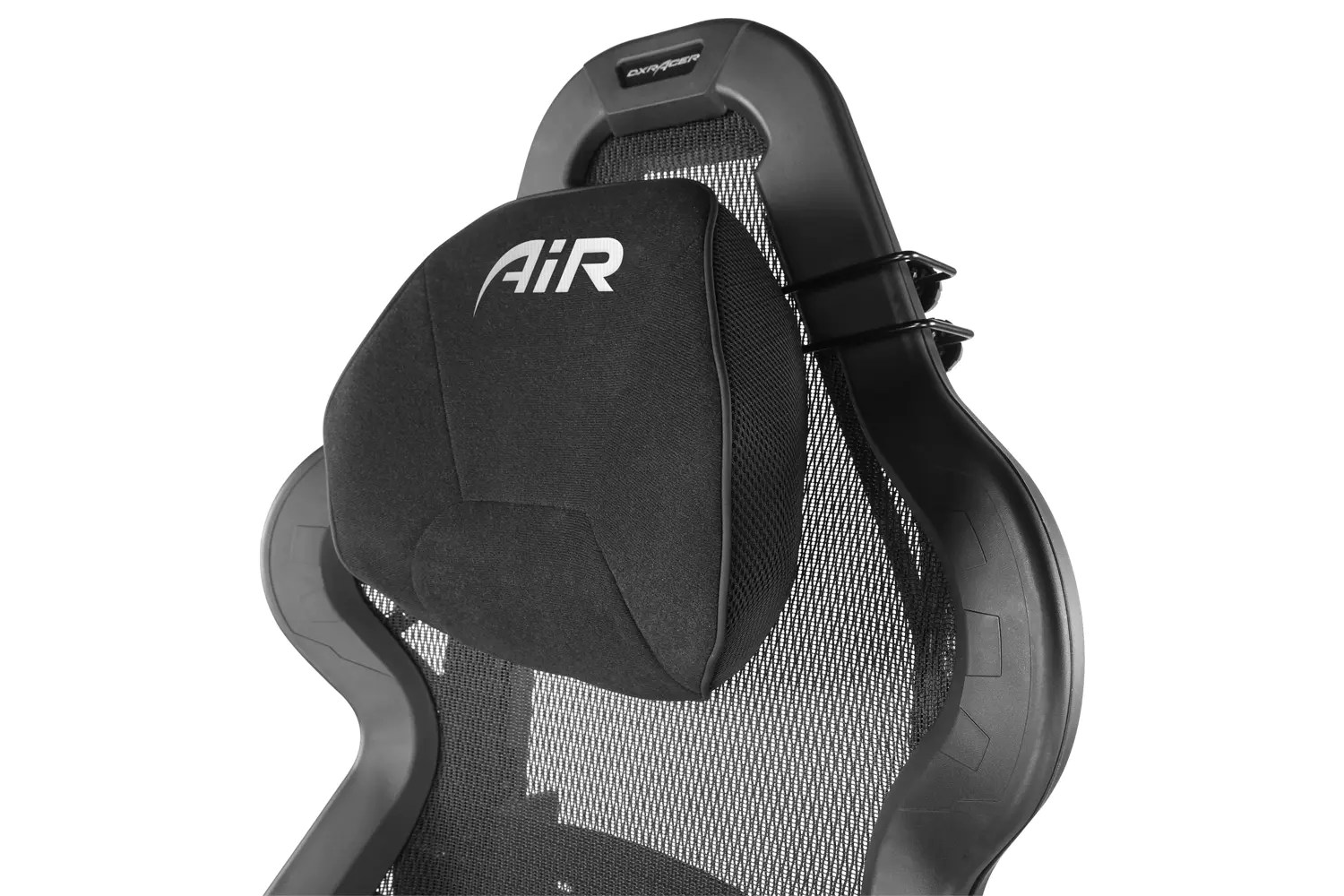 The apparatus holding it in place is something I’ve never seen before as well. Instead of using a pillow and buckle as per usual, you have to slide the headrest into a holder. The ability to raise and lower the headrest makes it far more superior to all of the buckle pillows out there. But it’s not perfect. The headrest doesn’t reach very far, so you can only use it when sitting in specific ways. In order to even have my head touching it, I have to sit at a position that mostly takes my lower back off the lumbar bar, which, you guessed it, can lead to back pain. Speaking of the chair back, it’s quite constrained. Instead of leaving you room to maneuver, you supposed to basically fit snugly into it.

While it’s not bad, it’s decidedly not what I prefer. I like to have room to vary my position, but the DX Racer Air isn’t at all built for that. Still, the chair is mostly very supportive, which I can’t take umbrage with. Since it’s mesh, it’ll stay cool in warmer weather too, which is a great reason to prefer it. The chair comes in four different color styles: black, white and red, white and blue, and white, yellow, red, and blue. The black chair is by far the best looking of the variations in my opinion, so I opted for that one.

The others are a bit too gaudy for my taste, especially the four-color option, which features a yellow headrest. On the other hand, that one is colored like the RX-78-2 Gundam. That’s bound to be a plus for some people. The DX Racer Air’s size threshold is advertised for people up to 250 pounds and six feet and two inches. If you’re a heavier or taller person, you’re going to want to look elsewhere. I’m comfortably within that range, though, so I mostly find myself fitting in the chair. 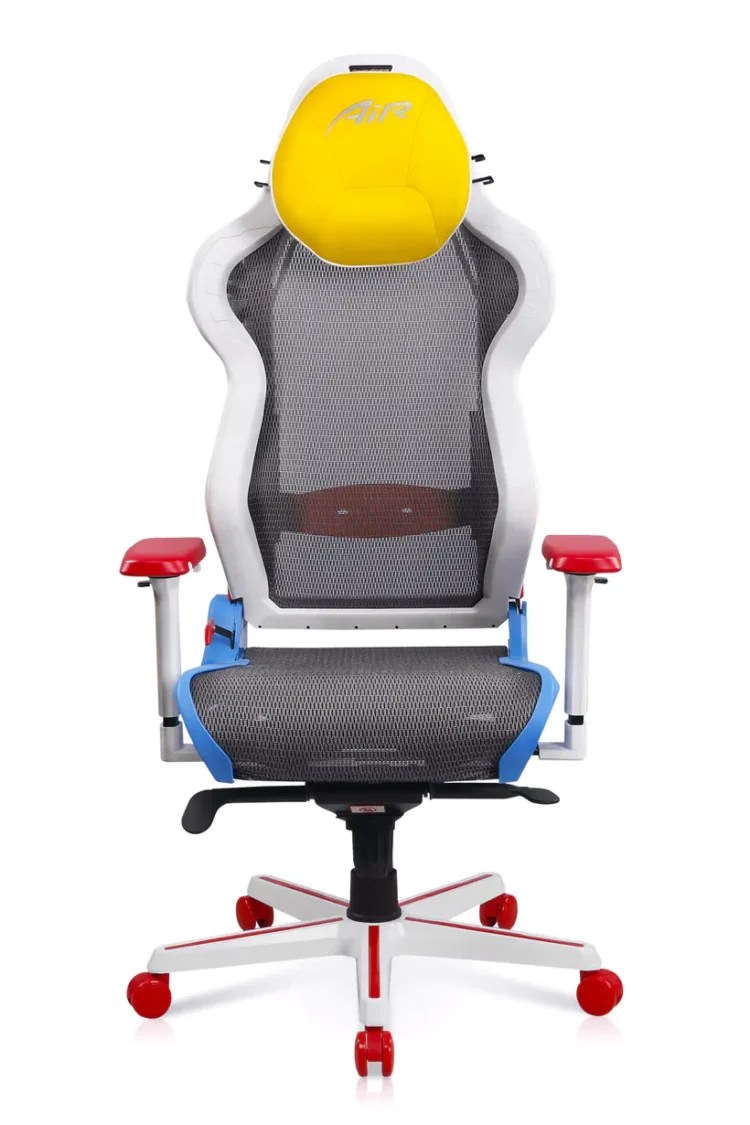 Finally, the seat uses suspension springs, which you can really feel when you plonk down into it. This feels quite nice and is something that gives the chair an extra, if somewhat odd, bit of character. Overall, I like the DX Racer Air, but I wish its design considered comfort more. I never hurt for long after I cease using it and haven’t experienced any cricks of any sort, but this isn’t the kindest chair on the lower back and there isn’t any cushioning beyond the headrest. Anyone looking for a plusher chair shouldn’t pay this one much mind. Still, the build and some of its design features left me impressed. Maybe I need to try out some more positions for this bar.

Made of high quality materials and featuring some unique qualities, the DX Racer Air is a solid chair choice that's let down some by not being all that comfortable for long sessions.

Battlefield 2042: How to ping and spot enemies

Updates are coming to GTA: The Trilogy, old PC versions returning to store