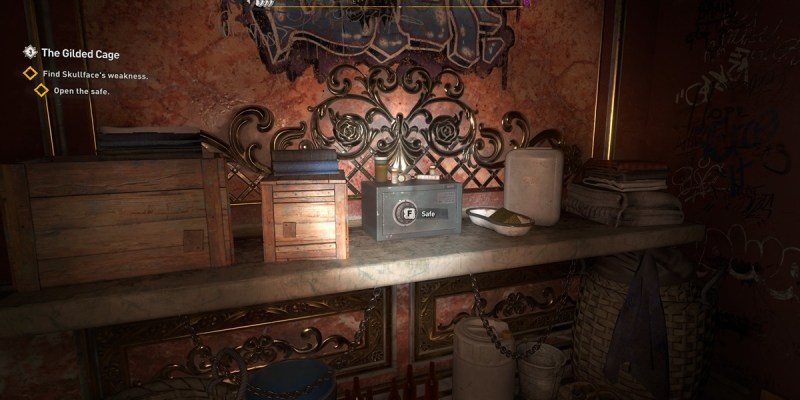 Skullface is one terrifying fella, but you’ll have a chance to learn his secret. This is part of a mission that also happens to have a game-breaking bug. Here’s our Dying Light 2: Bloody Ties guide to help you with the Skullface safe code as part of the Gilded Cage sidequest.

Note: For more information, check out our Dying Light 2 guides and features hub. Likewise, please be reminded that this guide contains minor spoilers.

The Gilded Cage is a sidequest in Dying Light 2: Bloody Ties. You’ll automatically receive it as you progress further in the main story by increasing your fame rank in Carnage Hall. Astrid will contact you, saying that she needs your help. Head to her office, and she tells you that Skullface might have a secret, one that causes the infected to avoid him entirely. 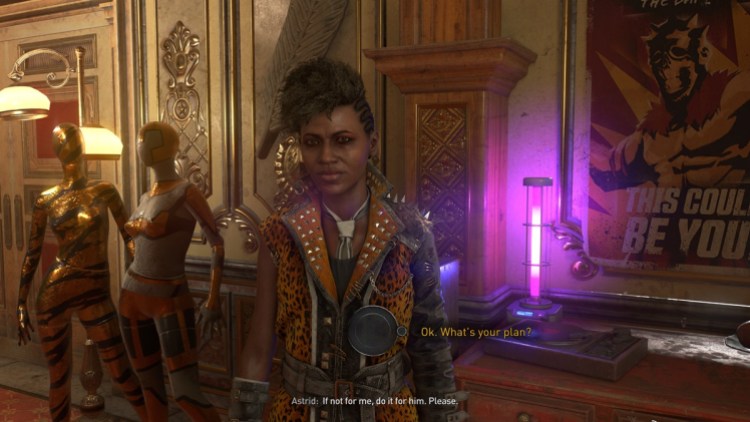 Make your way downstairs and pass through the metal gate. There’s one guard that’s patrolling this hall. Crouch and make your way to the opposite end to avoid getting spotted.

Note: If you do get spotted, the mission will automatically fail and you’d have to restart from the last checkpoint. 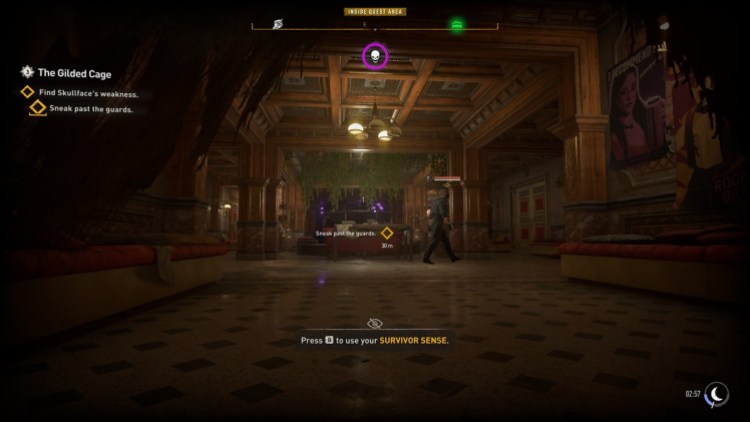 However, it’s also possible to encounter a nasty bug as cited in our official review. At the opposite end of this hall, there’s a door with a medium-difficulty lock. While lockpicking, the guard might discover you, but the quest won’t automatically fail. If this occurs, I suggest existing the game or letting yourself get killed so you can restart from the checkpoint.

Do not, under any circumstances, kill the guard and open the door. This will trigger an autosave. Because the guard spotted you beforehand, you’ll end up with a mission fail loop anytime you reload the game.

Note: If this occurs, your only option is to return to the main menu and select “Play Campaign.” Mouse over your save and press the “Rollback” button prompt. This will restore the previous save-state. It’s possible to lose over an hour of playtime because of this. In my case, I had to redo a previous sidequest and two Carnage Hall activities that I finished already. 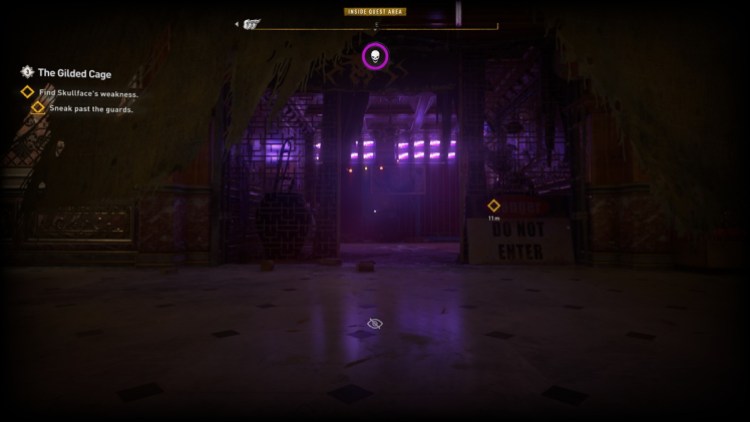 Assuming you’re in the clear, unlock the door to Skullface’s bedroom. To find the Skullface safe code in Dying Light 2: Bloody Ties, you’ll need to press “Q” to activate Survivor Sense. Then, interact with the poster, mannequin/training dummy, the writing on the wall, and the safe. 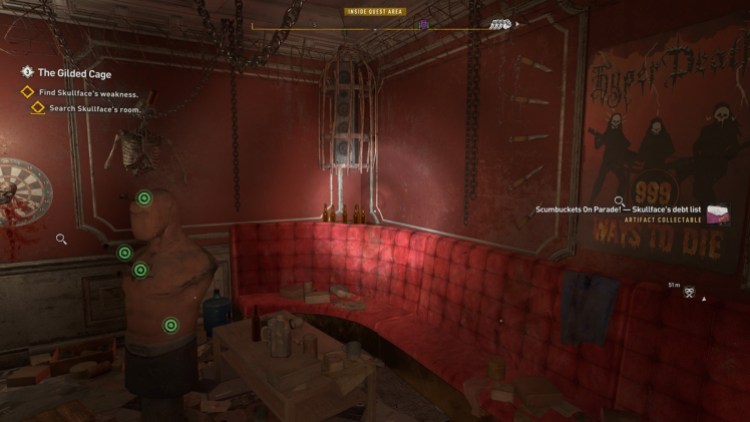 This will allow you to check the safe and select the right combination. The code actually comes from the objects/points of interest that you just interacted with:

Open the safe and pick up the map. Aiden will contact Astrid, saying that there might be a location that Skullface often visited. 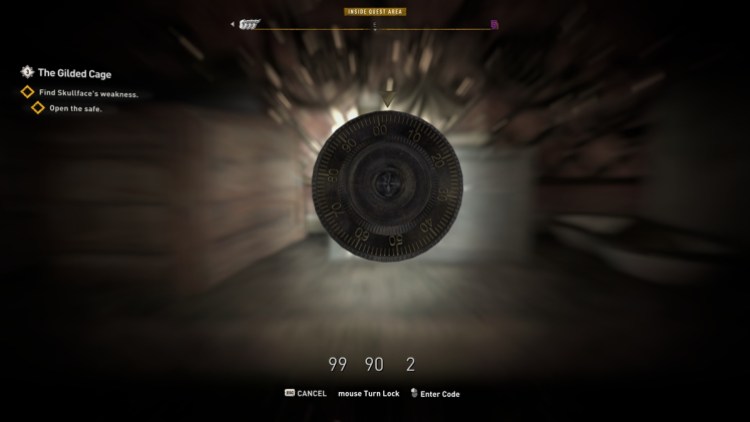 Leave Skullface’s room and sneak around to avoid the guard. You’ll notice that the metal gate is shut, and more guards have appeared, too.

Check the gym to the left and make sure everyone is unaware of your presence. Then, head to the small room at the back. Look up and you’ll spot a ventilation shaft. Climb it and crawl to the exit.

Head to the marked location in Villedor. You’ll find out soon enough that it’s a Dark Room. Check the elevator and climb up the narrow opening. You’ll be inside a ruined apartment complex, and you can drop down to the basement.

Most of the infected here are locked behind cells, so don’t worry about them for now. At the opposite end of the corridor, you’ll come across a prisoner.

Free him, and he’ll divulge that Skullface has been experimenting on the living. Using tissue samples from the infected, he’s come up with a concoction that prevents the zombies from harming him. Then, eliminate the mobs that show up.

The next steps are fairly straightforward:

Aiden and Astrid will have another conversation after this. You can then fast travel to the van that takes you to Carnage Hall. Talk to the bodyguard there to complete the Gilded Cage sidequest in Dying Light 2: Bloody Ties.

Dying Light 2: Bloody Ties — How to beat the final boss