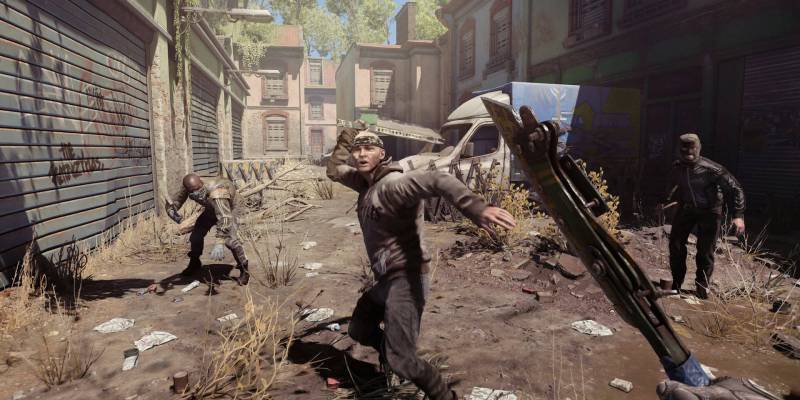 Dying Light 2 Stay Human getting even more fixes soon. Announced in a post on the game’s official Twitter account, fixes will be arriving ‘in the coming days.’ While this isn’t exactly a solid date by any means, it’s good to know that some of the title’s problems are going to be addressed soon. Previously, the developer released a patch addressing more than 1,000 bugs. It looks like there’s still a building to climb.

At launch, Dying Light 2 Stay Human had some trouble that involved bugs, crashes, and technical issues to name just a few things. Due to this, many players have had a fairly rough time with the game. Dying Light 2 Stay Human‘s developer, Techland, is at least aware of most of these issues and hopes to get them resolved within the week or so.

Techland has a few fixes planned for Dying Light 2 Stay Human which should arrive soon. It’s safe to assume that there are plans to resolve other issues down the line as well, but we’ll have to wait and see what comes next. The immediate issues that’ll be addressed in the game’s next update center around crashing, problems in co-op, and improvements to the implementation of DLSS. The update also addresses problem where some valuables could not be sold to vendors. 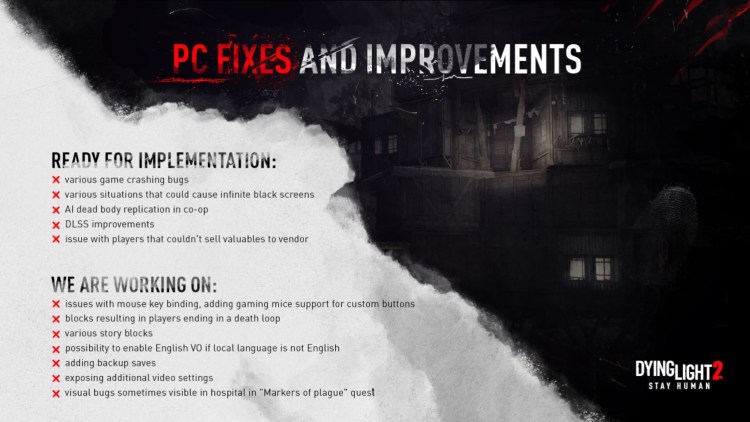 While the list of fixes isn’t very extensive for now, others are coming to the game shortly. In particular, problems like the lack of backup saves, a few missing additional video settings, and issues with keybindings, are to be addressed. Being unable to manually save the game, or even revert to an earlier save, was a big complaint for many at release. It’s also a bit of a puzzling decision as the game has many choices that alter the outcome of certain events. So it would be nice to have the option of going back to see the alternative outcome of a choice, a feature that may be added to the game soon.

The list of fixes for Dying Light 2 Stay Human isn’t very extensive at this time. But it’s a good step forward towards making the game an even better experience in the long run. There’s a lot to see in the game after all, and it would be a shame if players couldn’t enjoy it properly. If you are playing the game right now, be sure to check out our guides and features hub to stay one step ahead of the infected.

We have implemented some hotfixes over the weekend and will be continuing to add more in the coming days.

Thank you for your incredible support and patience. Here is our plan for the upcoming week: