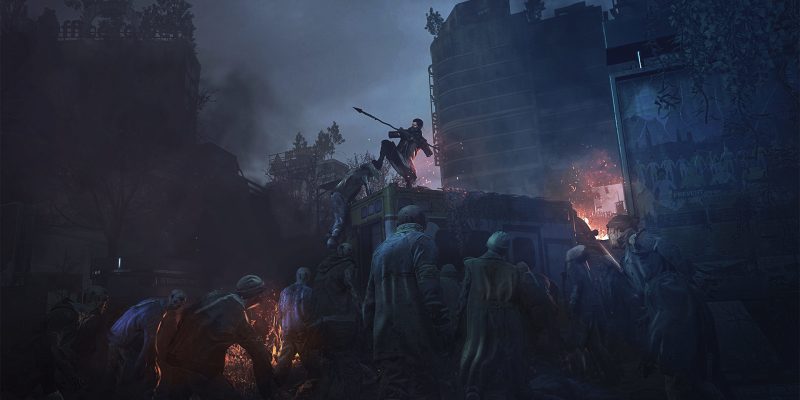 There’s plenty of zombie-slaying (or infected-slaying) action found in the gameplay trailer, but there’s also tons of human-to-human interaction that gives us hints on what Dying Light 2‘s apocalyptic world is really like. Oh, and there’s plenty of parkour, too.

The gameplay trailer featured much of the high-octane violence found in the first Dying Light game. We also got a look at some of the new species in the sequel, like the Revenant. When you’re not slaying infected, there’s plenty of parkour action to partake in instead. One of the most enthralling parts of the trailer was a parkour segment through a horde of the infected. As the monsters continually throws themselves against you, you’ll have to dodge, duck, and weave under tables and platforms.

Hopping through the world

It’s not a surprise that the parkour in this game looks so genuine. Developer Techland hired David Belle, the “pioneer of parkour,” to assist with creative guidance and motion capture. The parkour is ever present in the open world as well. Alongside the day-and-night cycle, players will reportedly have unlimited freedom in traversing the 3D Dying Light 2 world. The player will be able to move “wherever they want, and however [they want] to do it.”

There’s more behind-the-scenes sneak peeks found in the Dying 2 Know episode as well. There’s some conversations with the developers about story, art, and many of the game’s mechanics, so be sure to check out the episode if interested.

Fans still impatient over the many delays can start engaging with the sequel now, as TechlandGG released a prequel comic to set up the events of the sequel. You can pre-order the Standard, Deluxe, or Ultimate Edition through Steam. Dying Light 2 Stay Human is set to release December 7.

Total War: Warhammer II Lords Pack The Silence and The Fury announced for this month