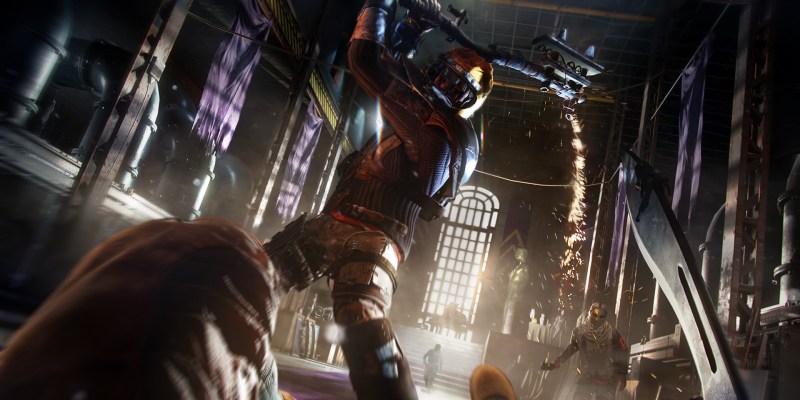 Dying Light 2 is gone, and Dying Light 2: Stay Human takes its place. During its ‘Dying 2 Know‘ stream earlier today, developer Techland revealed the new name for the game along with a whole lot more. The 30-minute presentation gave fans a closer look at the gameplay, world, and story of the next Dying Light alongside a new trailer. Oh, and let’s not forget one minor detail. Dying Light 2: Stay Human has been given a release date, and will shuffle its way onto PC on December 7. At long last.

As explained during the stream, a lot has changed in the world of Dying Light. The sequel takes place 20 years after the first ended, and in a new city: Villedor. However, the story itself begins long before Aiden Caldwell arrives. Fifteen years before the events of Dying Light 2, the people of Villedor, a place called “the last bastion” of humanity, used a new weapon against the infected horde. But sadly they Umbrella’d it all up, and it created monsters somehow worse. In the events of Dying Light 2, and the city is fractured, controlled by human factions waging war for dominance, while powerful undead creatures stalk the streets.

There are still regular infected for Aiden to deal with. However, at night he faces against the mutated beasts created by the mistakes made by Villedor citizens. Yes, night time is still dangerous, but it seems Dying Light 2 will take it even further than the original. Infected nests empty out at night as elite Virals with special abilities roam about. But, as shown in the stream, this affords you some opportunity. Empty nests, while dangerous, hide powerful loot and medicine.

Dying Light 2 will include much of what’s expected, such as parkour, but it will also have more. We caught a glimpse of a paraglider during the gameplay presentation. There also seems to be a wide variety of weapons, such as a crossbow and a freaking Viking ax you can throw. Techland explained that melee combat has been tweaked to feel heavier, making each blow more impactful.

Techland also detailed human factions and how your interactions with them can shape the city. Multiple factions are fighting for power, and you can ally yourself with them or become another one of their threats. You can bring electricity and water supplies back to Villedor and give them to a chosen faction. Doing so will change the world, such as giving you tools like ziplines or traps to use.

Dying Light 2: Stay Human has a release date of December 7, and heads to PC on Steam and the Epic Games Store. It will also be online co-op for up to four people

Get Among Us free this week, courtesy of the Epic Games Store