Techland have released an infographic for Dying Light, finding interesting ways to equate the number of zombies slain, survivors rescued, and money collected to the real world.

For instance: during 45 days of play, players have used 163,435,492 medkits, which is apparently 11 times the Eiffel Tower’s weight. Players have climbed 11,781,540 kilometers, which would equate to seven years of freefall. And… well, the infographic is below in Click-For-Bigger form, so you can see for yourself pretty easily.

This infographic has been released in celebration of the player count hitting 3,200,000 in 45 days, which (taking the timeframe into account) makes Dying Light the most popular title in Techland’s history.

The parkour-infused zombie-dropkicker has been getting a fair amount of post-launch support, too. Putting aside the DLC, last week saw the launch of the first free update for Dying Light, which added in Hard Mode, new outfits, new weapons, and more. 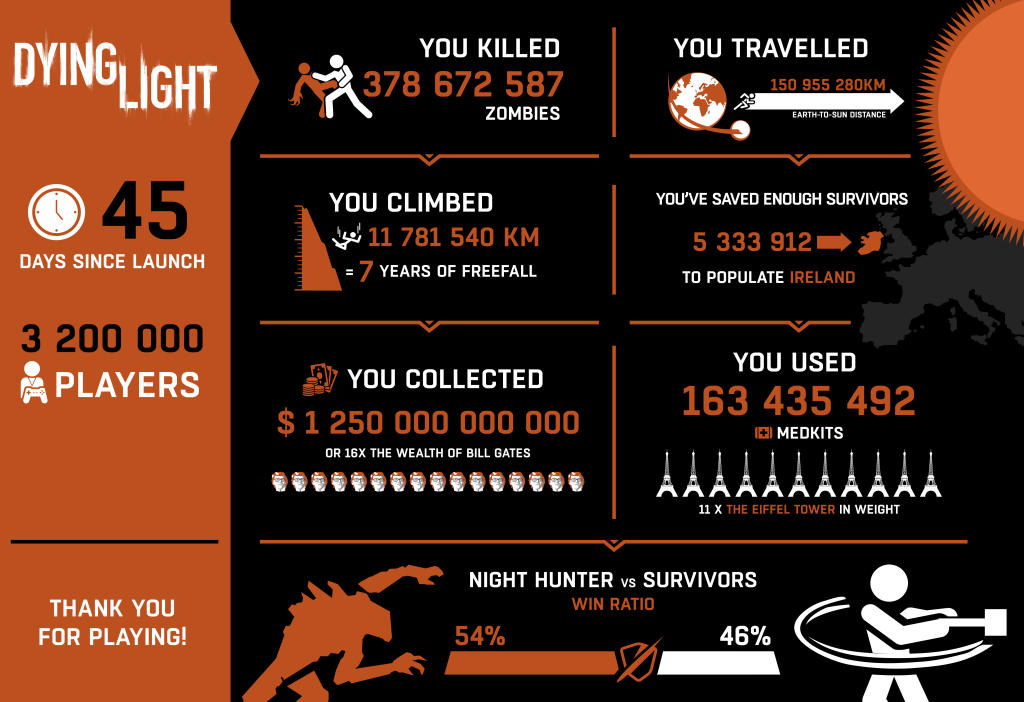 By Matthew Loffhagen34 mins ago
News