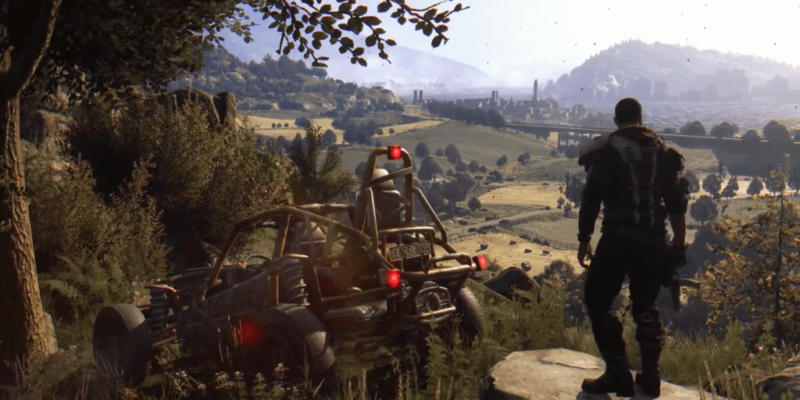 In a new video that could’ve been titled “gosh, look how much we’ve added to Dying Light over the last six months,” Techland offer a short tease of further additions.

It’s a very short tease, coming at the very end of the trailer and lasting about 20 seconds, but shows a chap revving a dune buggy. Buggies have been teased before (back in March, I think,) but look like they’re about to get included in the near future. Those with a better knowledge of Dying Light weapons than me may also be able to tell whether the gun shown in the buggy segment is new.

Producer Tymon Smektala says that this next add-on is something Techland have been “secretly working on since the release of the game.”

“This is Dying Light from totally new angle, but with everything fans love about the original still at the core,” he adds.

Whatever it is, it’ll be getting an airing at Gamescom in early August. A “public reveal” will follow after that (if the news doesn’t just leak out from the trade show.) For now, here’s the video.

Go Inside the Vermintide with this chittering new trailer