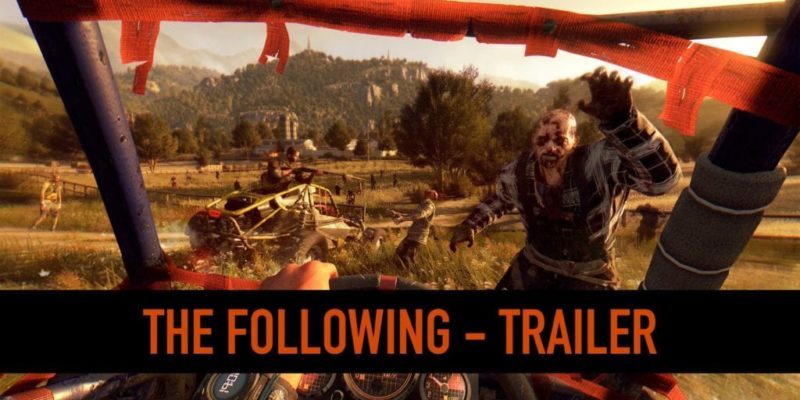 Dying Light: The Following was announced awhile back, but it wasn’t revealed. Or something. This is the reveal trailer, anyway.

Dying Light: The Following promises to tell the “the untold chapter of Kyle Crane’s story”, and sees our rugged parkour-ing hero heading off to “hazardous outback” occupied by cultists, whose beliefs have some interesting connections to the zombie outbreak.

The new map is set to be the same size as all of Dying Light‘s maps combined, and to aid in your traversal of this gargantuan wilderness, you’ll be able to customise and upgrade a dirt buggy – which also has its own skill tree. Of slightly more interest to me is the promise that you’ll have to choose your own path through the missions to eventually earn the trust of the locals and the cultists, because I really like multiple routes.

You can see the reveal trailer for yourself below. Dying Light: The Following has no release date, but Techland have said it’ll cost $14.99 (with European and UK pricing yet to be confirmed), unless you have the Season Pass. In which case it’s free.

Warcraft 4 and StarCraft 3 could happen

By Cameron Woolsey11 mins ago