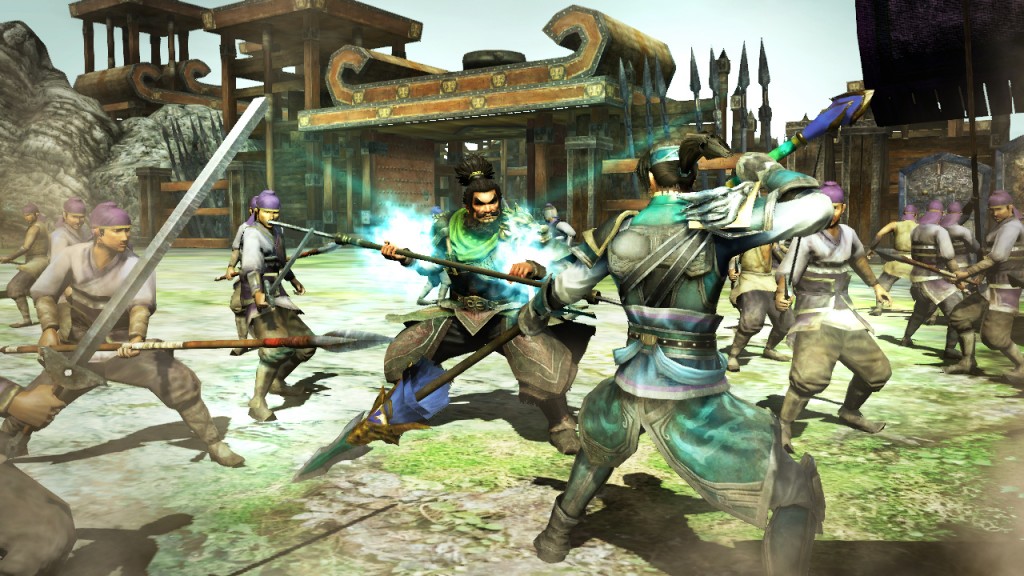 Apparently enough people bought Dynasty Warriors 8: Xtreme Legends Complete Edition on PC, because now we’re getting Dynasty Warriors 8: Empires too. Better yet, the PC version is coming out at exactly the same time as all the other Western versions; 27/30 January in the US and Europe respectively.

Hopefully the PC one will be the same standard as the PS4 release, unlike Dynasty Warriors 8: Xtreme Legends which was a weird mixture of improved PC frame-rates but fairly rubbish PS3-style textures. We’re lumped in with the PS3 as a “digital only” release, but that may not mean anything in particular.

I’m not super familiar with the Empires spin-off to the Dynasty Warriors line, but I believe it involves you creating your own hero (or choosing one of the 83 existing ones) and forging your own, well, empire through traditional Dynasty Warriors-style battles. So, similar controls and everything, but a different mode of gameplay.

Or, to put it in the words of the Dynasty Warriors 8: Empires press release (which seems to have been dubiously translated):

“In the returning Empire mode, players can select from one of many distinct roles which are best suited to them or to experience the epic history and its outcomes through a different methodology of warfare in replay.”

Well that’s nice and clear, then.

Weather will be playing a role too, as “the changing seasons bring new elements to the more than 40 battlefields affected by seasons and the passing of time.” Enjoy all of that, plus some Japanese voice-over and plenty of butt-rock in the announcement trailer, below.

Thanks to reader Ken Lee for bringing this excellent news to my attention!