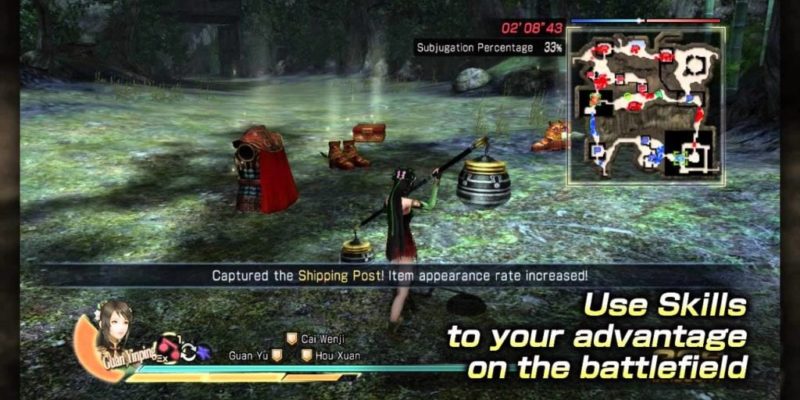 I’m probably one of the few people excited at the prospect of getting another PC version of Dynasty Warriors. It’s a very, very silly game series about whacking famous heroes and commanders from a hyper-stylised version of Romance of the Three Kingdoms. That’s … a thing I like to do in videogames. So, it’s great to hear that Dynasty Warriors 8: Xtreme Legends Complete Edition (and breathe) is heading to US/EU PCs this May.

It had already been confirmed for a Japanese PC release, but just before the Easter weekend Tecmo Koei confirmed that the west would be getting it too. Thanks, Tecmo Koei. Thecmoei.

The amusingly absurd title length is because this version will bundle up Dynasty Warriors 8 with the Xtreme Legends add-on. Apparently this adds a story mode relating to Lu Bu (yesssss) and his allies, new things for “Ambition Mode” (I have no idea) and five new playable characters. So we’ll get all of that, because we’re the PC chosen ones.

Here’s a “new features” trailer that is obviously a bit console-centric, but also includes all the cheesy rock music, spectacular one-liners and magnificent slaying of hundreds of enemies that I’ve come to expect from Dynasty Warriors.

Rise of Incarnates is a free to play, 2v2 PC fighter