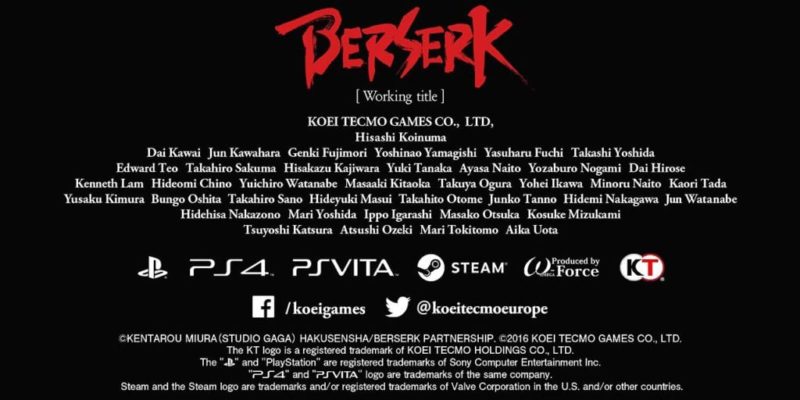 Tecmo Koei had been teasing a Musou/Dynasty Warriors title with a Western IP prior to E3, but have announced a Berserk game instead. Honestly, I think I’m more than okay with this.

Berserk is a long-running Japanese manga series, with a new anime adaptation scheduled for 2016 (which this game will presumably tie-in with, though that’s not certain). Among other things, it’s often cited by From Software’s Hidetaka Miyazaki for sections of Dark Souls. With good reason, as Berserk portrays a similarly bleak, brutal fantasy world.

Anyway, this announcement is pretty much of the ‘teaser’ variety, not confirming a great deal other than; yes, Berserk Musou is happening, and (thanks to this image) it’ll be coming to the PC via Steam in the west.

Here’s a very odd video confirming the Japanese release (which, sadly for them, doesn’t include a PC version).

DOOM demo is available to play free for a week

Bethesda E3 2016 conference – Everything we learned