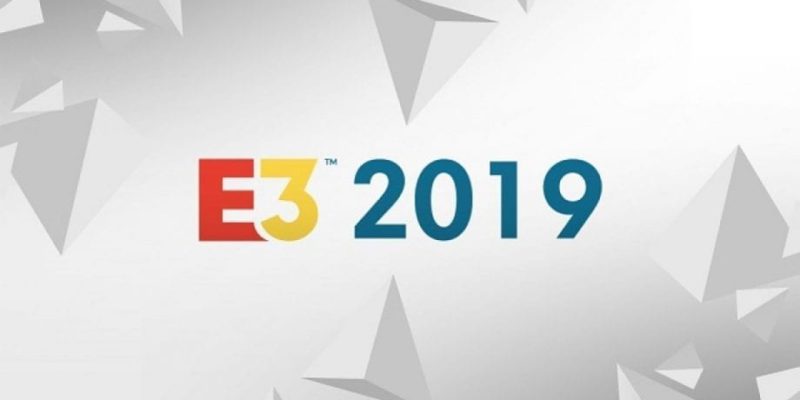 The following PC games were announced during E3 2019. These games have an exact or estimated release date this year.

This DLC bridges the gap between Borderlands 2 and the upcoming Borderlands 3 which releases on September 13. It’s free for owners of Borderlands 2 or Borderlands: The Handsome Collection until July 8.

Featuring rip-offs of Devolver’s own games and then some.

A mobile game that will also have PC and console versions. This will serve as a tie-in for the third season of Stranger Things on Netflix which will also release on the same day.

Only teased recently, Warframe: Empyrean — with its ship-boarding teams and space-flight combat — will be fully revealed during TennoCon on July 6.

A deck-building rogue-like game. The alpha will begin via the Epic Games Store on July 11. A Steam release date is expected in June 2020.

The next step in the Age of Wonders franchise will bring new additions to 4X strategy and empire-building.

Team up with other survivors as you face off against deadly monsters in a post-apocalyptic world.

Take control of humanity’s primate ancestors who slowly but surely pass on their traits as you get closer to the evolution of homo sapiens.

Fear and horror hound you in the forest in this game based on the Blair Witch Project’s themes.

Experience virtual reality while sailing the high seas. You’re a pirate lord, and it’s time to find that booty!

A four-player co-op game using cutesy sprites though it’s based on the Conan the Barbarian universe.

A nomadic survival MMO where you need to keep moving on board your contraptions to survive and avoid the harsh, scorching sun. Last Oasis will be available as a Steam early access title in July. The full release is expected on September 3, 2019.

The new heroine Kait is set to take on the Swarm in the next chapter for the Gears of War franchise.

I’ve decided to combine both these titles into one so as to better explain them. Shadowkeep is the new Destiny 2 expansion that takes place on the Moon… because the Moon is haunted.

As for Destiny 2: New Light, this is the free-to-play version of the game that will also launch on the same day. New Light will contain “Year 1” content — vanilla, Curse of Osiris, and Warmind. Some “Year 2” (Forsaken) and “Year 3” (Shadowkeep) content will be included such as Gambit Prime and free-roaming on the Moon world space respectively.

Those who purchase Shadowkeep will, naturally, have access to New Light content already. Those who are playing the free-to-play New Light version will still need to purchase Forsaken and/or Shadowkeep if they want to play the additional content.

A remaster of the original game in the series which will also support 4K resolution. It will be releasing on Steam, although the store page is still unavailable.

It’s football, it’s the beautiful game. It’s FIFA, and it’s the 20th mainline game in the franchise. A new mode called Volta, featuring street football, will also be part of the game.

The game will include many of the features from the first game such as the limb targetting but promises to expand on the mechanics in the sequel.

The game is set in the not too distant future where a mysterious disaster had caused the world to collapse. Players join a secret society of vampire Revenants with supernatural abilities that need blood to survive. Give in to the bloodlust fully and risk becoming one of the Lost which are described as ghouls devoid of any remaining humanity.

A remake of one of the most furious and highly-acclaimed titles from the first-person shooter franchise.

This looks like the Fallout game you’ve been waiting for so long. Sorry, Fallout 76. An August release date leaked months ago, and it’s now heading to the Epic Games Store this October.

A passion project for developer Rock Pocket Games, Moons of Madness starts off innocently as you explore Mars. Then, you end up encountering some supernatural creatures.

We Bought a Zoo? Well, no, not quite related to that movie but, still, Planet Zoo is all about building and managing your own habitat for animals. It’s designed to be one of the most in-depth and expansive tycoon or sim games since the animals themselves have their own unique AI.

Soon, we’ll experience Ryo Hazuki’s latest adventure… if you want to use the Epic Games Store launcher, that is. The most controversial news to come out of E3 involves Shenmue 3 which was announced as a timed exclusive for the EGS. Fans are outraged and are asking for refunds.

On November 23, Doom fans will be going to hell once more. Doom Eternal will bring back pulse-pounding and gory action against the demon hordes. There will also be PvP where you can control the demons yourself. Greg Bargas had a chance to try out the demo during E3 2019.

Age of Empires II: Definitive Edition celebrates the 20th anniversary of one of the most popular strategy games ever with stunning 4K Ultra HD graphics, a new and fully remastered soundtrack, and brand-new content, “The Last Khans” with 3 new campaigns and 4 new civilizations.

Follow the adventures of three heroes in a magical world rendered, once more, in 2.5D. Don’t worry, we probably won’t see a repeat of Trine 3’s 3D fiasco.

Praetorians is a real-time strategy game featuring armies and the political machinations of an emerging Roman Empire.

The following games mentioned during E3 2019 are expected to release later this year. However, no dates or months have been noted.

Featuring 4K hand-drawn graphics and three-player couch co-op, the Battletoads finally make their return to modern gaming. We’re hoping the side-scrolling beat-em-up is still as frustratingly difficult as ever. Battletoads will be available for Xbox Game Pass users who will be able to play it on PC.

Set in a world that mixes medieval combat and exploration along with magic, fantasy, and otherworldly creatures. Originally planned as a 2018 release, Greedfall will instead release later this year.

Explore the sunken depths and tear divers limb from limb, Jaws-style, while you play as an evolving shark!

Following the footsteps of Her Story, Telling Lies will let you piece together the narratives from four different individuals to discover the truth.

Is it an expansion, or is it a major update? Well, it’s both. Terraria: Journey’s End will become the fourth major patch for the game. It will feature a new difficulty mode, a bestiary, more enemies and items, and, well, even golf!

A game with around 80 turn-based battles set in a fantasy world that’s based on a Netflix series.

The next platform-adventure game in the Yooka-Laylee series.

Watch the 20 Minutes Of The Outer Worlds E3 Demo