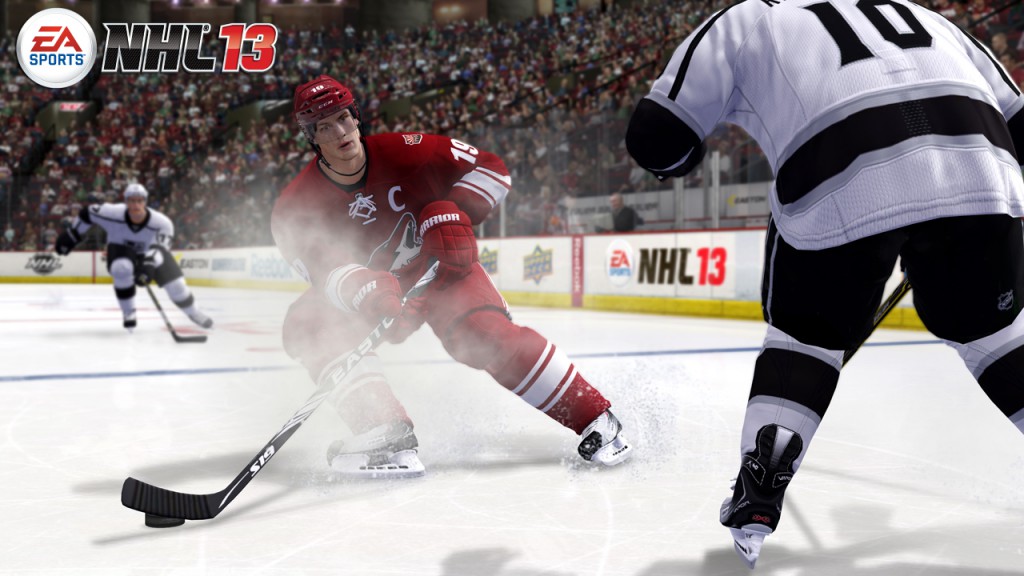 EA Canada has lofty ambitions. Not content with creating one of the finest sports game franchises with the NHL series, they want to be the “best videogame experience” available.

“The NHL team are a bunch of very passionate hockey fans so our biggest competitor is ourselves,” said Agnosti.

“We always want to make the game better so not only our consumers get to play the best hockey game possible but so do we. As for benchmarking ourselves against something, we consider every game a benchmark as we are all competing for the time of a consumer. Our goal isn’t to be the best hockey game or sports game but the best videogame experience out there.”

Our full interview with EA Canada can be found here.

Read our full review of NHL 13.

Is eSports a real sport? [Interview] – Shootmania dev weighs in