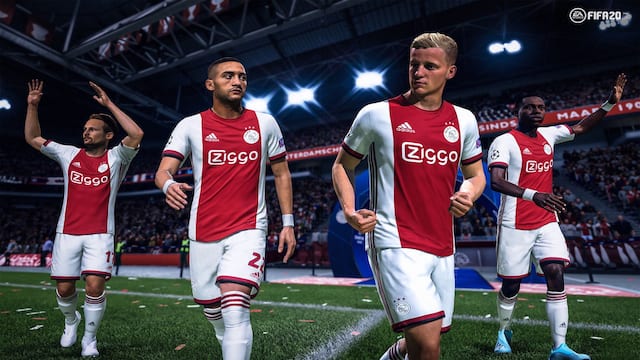 Electronic Arts recently posted some impressive sales numbers for its quarterly report. But one thing stands out in particular — traffic with its online related games.

According to the company, its sports titles “are thrilling core fans and bringing in new players” and the Star Wars games are doing quite well. However, it pointed out that games like The Sims 4 and FIFA Online were also performing admirably.

Where does EA’s future lie?

Blake Jorgensenn, COO and CFO for the company, made it clear where EA wants to take its gaming future. “Looking ahead, we are doubling down on live services combined with our core franchises. We’re investing in games that people play for longer and engage with much more deeply. This focus will continue to drive growth and profitability for the company through the remainder of this year and beyond.”

EA also noted the popularity of online games and live service titles. A particular example is Apex Legends, which has reached more than 70 million players since its launch. The Sims 4 also saw a significant increase, 40 percent over the previous year’s player base. The Ultimate Team modes for FIFA 20 and Madden NFL 20 also rose around 19 to 22 percent over 2018.

The company recently launched the multiplayer game Plants vs. Zombies: Battle For Neighborville. And next month, it’ll have Need For Speed Heat on deck, followed by Star Wars Jedi: Fallen Order. Where EA goes in 2020 has yet to be seen, though it will definitely be bringing more titles to Steam. But other announcements could be made soon. Hopefully, we’ll see a mixture of multiplayer-oriented games with single-player efforts. This will help diversify the company’s library, while at the same time pleasing its community.

We’ll let you know if EA makes any announcements for its upcoming slate of games. For now, enjoy what it has to offer over the next month, as well as what’s available for Origin PC now.

Destiny 2: Shadowkeep guide – Starting the new Pit of Heresy dungeon and getting the Blasphemer shotgun

Battlefield’s next chapter won’t arrive for some time, says EA