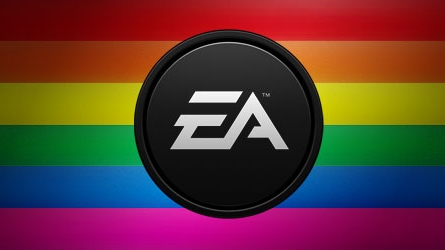 EA has announced that it has joined various other businesses in signing an “amicus brief” that expresses its opposition to the US ‘Defense of Marriage’ Act (DOMA). DOMA is a piece of US legislation passed under the administration of Bill Clinton (who has more recently advocated for its repeal) which defines marriage as the legal union between a man and a woman.

Section 3 of the law is particularly troublesome, as it restricts people in same-sex marriages from receiving things like Social Security survivor’s benefits (when one partner dies) and prevents basic activities like filing joint tax returns. In 2011, the Obama administration said it would no longer defend that section of DOMA in court.

The Republican-dominated House of Representatives took up the defense of the DOMA in place of the Department of Justice. Several legal cases relating to Section 3 of the act are currently working their way through the US Ninth Circuit Court of Appeals.

Like many commercial enterprises, EA opposes DOMA on economic grounds. As the company states in its announcement, “DOMA presents a number of problems for businesses like EA, as it creates regulatory, tax, and discrimination complications for employers”.

July’s PES 2013 demo will let you pose like Balotelli