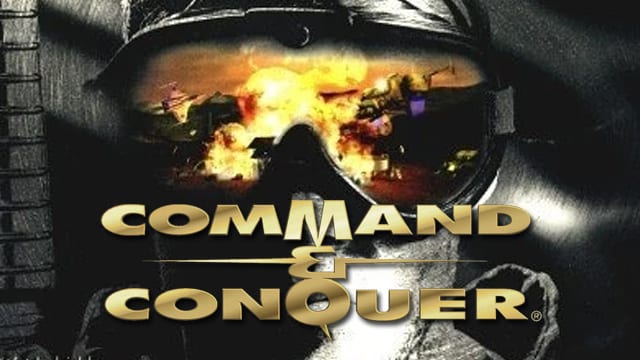 I am a huge Command and Conquer fan. I loved the series and had the pleasure of visiting Westwood Studios prior to EA getting involved and it was one of the highlights of my gaming career. EA then came along, Westwood was closed down, and they royally screwed what was a brilliant RTS franchise.

Today EA announced Command and Conquer Rivals, a decidedly average looking mobile RTS. It pits GDI and NOD against each other. Choose a commander, pick unit types, build structures, deploy harvesters, well you get the idea. The problem is, the game doesn’t even look any good. It looks like a cheap C&C knock-off of you might find on an app store.

After the disaster that was Command and Conquer 4 EA has continued to struggle to find a place for the IP. For a while back in 2013 it looked like EA might manage to bring it back to life with developer Victory Games with a new free to play version that was more like C&C Generals, It was actually thought to be Command and Conquer: Generals 2.  Unfortunately, the game was canned and a statement was released by EA:

Part of being in a creative team is the understanding that not all of your choices are going to work out. In this case, we shifted the game away from campaign mode and built an economy-based, multiplayer experience. Your feedback from the alpha trial is clear: We are not making the game you want to play.

The closure was out of the blue and shortly after a Victory Games employee released a statement contradicting the above “official” announcement. It was scathing of EA’s handling of the new game.

This isn’t official or anything, but you probably saw that our whole team got the ax.  I hope you understand that we at VG all were dedicated to making a game for all of you to play, and that the press release line was total b.s.  It was NOT any feedback from the alpha that shut this project down but just petty corporate politics and shenanigans.

We were all shocked and confused to find out that our studio is closed (and that we are all out of jobs!), but I am happy to see that the game is still up and running RIGHT NOW and that a lot of people are still having fun with it. Please enjoy the live game until they figure out how to turn off the servers (it might be a while)!

Having taken part in the Command and Conquer alpha test myself (see video below), the game did look promising, it just needed more work. At least it was sticking to the core values of C&C and was closer to C&C Generals than their previous attempt with C&C 4. It was going to be free to play so it was packed with microtransactions which the game was criticised for during the alpha test.

That failed experiment was the last time EA attempted to bring the franchise back as a proper game. The problem was, they seriously misunderstood what C&C gamers wanted from a  new C&C. There was no campaign for a start and the C&C campaigns from the earlier games were great fun. Still, with a bit more development and some tweaking of the monetisation model, it may have worked.

So here we are today in 2018 with a half-arsed attempt at using the IP. EA desperately attempted to get the audience behind this new mobile game Command & Conquer Rivals at EA Play and it fell a flat which was no huge surprise. Needless to say, fans are currently weeping onto their keyboards.

EA’s failure to do anything decent with the C&C franchise continues and it’s incredibly disappointing and sad to see what’s happened to it. I think every fan of the series would rather they just sold the IP and gave it to a developer and publisher that actually cared.

For now, stick with OpenRA for Command and Conquer action.