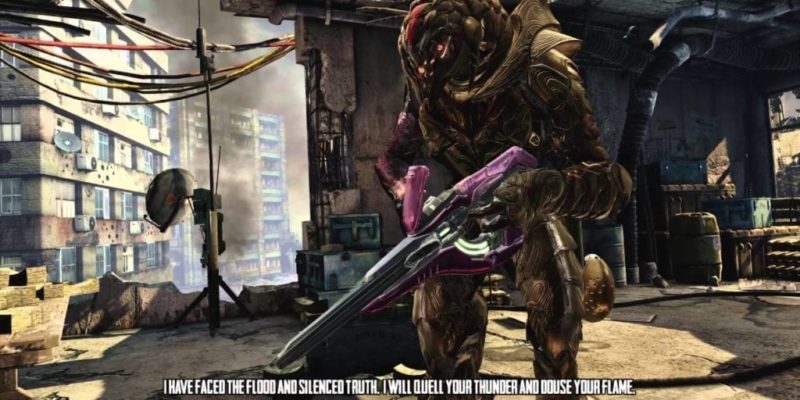 Disclaimer: A code was received from Microsoft on PC for preview purposes.

Ah, those long summer mornings at the local gas station and late nights at the arcade in the mall, the floor sticky with spilled sodas and stale popcorn. I’ll never forget those days when the arcade was the place to be for pre-teens and teens alike. A place where we didn’t need real sun, just the artificial glow of screens from arcade cabinets. And for many, this was the best gaming you could get for your buck, bar none. No online connections for the best “vs” matches, no. Challenges were dealt with in person, elbow-to-elbow.

I’ll never forget the first time I saw a group much older kids playing the first Killer Instinct. It’s one of those life changing moments in my catalog of gaming memories. Casting your first glance on such a game that makes you take a several look-backs just to reaffirm you are really seeing what you thought you saw. It could have been the extreme combinations or sheer brutality of the game, neither of which seemed to register when observing the physicality of it all.

Admittedly, I was never a pro Killer Instinct player. But, I got to be quite good with Spinal, and then later on with Maya throughout all the arcade and Nintendo 64 days. With the launch of the Xbox One and support for the PC platform with Windows 10 gaming, a new generation now has the opportunity to share in something that seemed to be buried along with the nostalgia that only an arcade cabinet could deliver.

Every one of my victories is supreme! (Except 90% of matches where I get absolutely smoked)

Now, a new day is upon us. We can play Killer Instinct on our Windows 10 gaming PCs. To that I say: W00t! For this familiar experience I found it best played with a wired Xbox 360 controller. I found this to be the most accessible, and honestly, super slick and easy to control. I was uber stoked to boot this bad-boy, particularly after a rather lengthy download, and BAM! I was in.

If you have never picked up a prior release in the Killer Instinct franchise, fear not. There isn’t anything found within that might seem foreign to the fighting genre. However, the main focus for Killer Instinct is the excess in which combos exist. For most other fighters combinations of moves might seem like supplemental instances. Sometimes kitting in the ball park of 20-hits consecutively. In terms of Killer Instinct, they are positioned at its core.

The first area that I started exploring was the character roster. With the new season comes new characters. So far, there have been four characters released with four more on the way. The roster is already strong, having classic characters mingling with the newly added Rash from Battletoads, and even the Arbiter from the Halo series. They house an evenly spread palette of versatility, leaving all to feel fluid and fresh. I found Rash to be the most fun to master and an absolute riot to play.

Don’t believe me? Check out the sweet Rash Vs Arbiter match in the video below. I had no issues playing matches online with cross-play now possible. Besides getting my royal arse handed to me, it was a smooth and gorgeous experience. Of course, much like any fighting title, there is an ever presence sense of mastery that comes with the territory. You MUST practice. You MUST master a character. If you don’t, there is no doubt you will get smoked, even at lower difficulty levels.

The one thing that stands out most in Killer Instinct Season 3 is the amount of options. For those wondering, the game houses plenty of graphics and customization options, including 4k support. Whether it’s HUD resizing, general graphics, or audio, there are a ton of online and offline tinkering to embrace. I had zero issues with any of the options, which was a blessing having the game find its home on the Windows 10 platform in terms of PC release.

A whole plethora of graphic options are rocking in the PC version and it is.. glorious

Visually, Killer Instinct Season 3 and the latest update are nothing short of gorgeous. Once again, I was stunned at the quality of Rash’s texture and animations among the other noted minute details. These nuances extend to the current character roster, delivering a range of impressively produced character models. This also leaves me to believe that there is a continued focus on curation of the franchise as each season is developed.

To coincide with the visual details, there are also a ton of PC-centric options for tweaks in performance. And, huge props to Microsoft and the developers for not gimping those settings as you can see from the screenshot. Animations are also stellar along with the fighters and the huge array of stages to choose from. You will not be disappointed in the visual aspect of the game by any means.

Oh Maya, the memories we shared in my prepubescence!

The sonic portion of the game is as solid as the rest of it. Bashes, punches, kicks and sword swipes all hit hard and are stunning at times. There is plenty of butt rock to be had but luckily, audio can be adjusted. The voices in general are a hoot and, once again, Rash steals the show! It’s not just the graphics and sound that are of note, especially running at full 4K as shown in the screenies above, but the shadow effects, blood splatters, burning effects and other visual goodies are just icing on the cake of an already visually pleasing package.

In the end, a ton of nostalgia came flooding back while playing Killer Instinct. It sparked many fond memories, even while getting pummeled by an online opponent with an “ULTRRRRRAAAA COMBOOOOOO!” I was still having a blast, even if that meant losing.

Killer Instinct Season 3 is off to a banging start. Whether you play on Xbox One, PC or both, the experience is polished, content is plentiful, and we can only anticipate that there is more on the way. While we still can’t capture 4k video within the Windows Store, Microsoft is off to a killer start of its cross-platform gaming options. Honestly, I can’t wait to see what they do next!

Stay tuned for more coverage and impressions of Killer Instinct as the Season rolls into its Summer release schedule.

By Martynas Klimas20 hours ago
Reviews