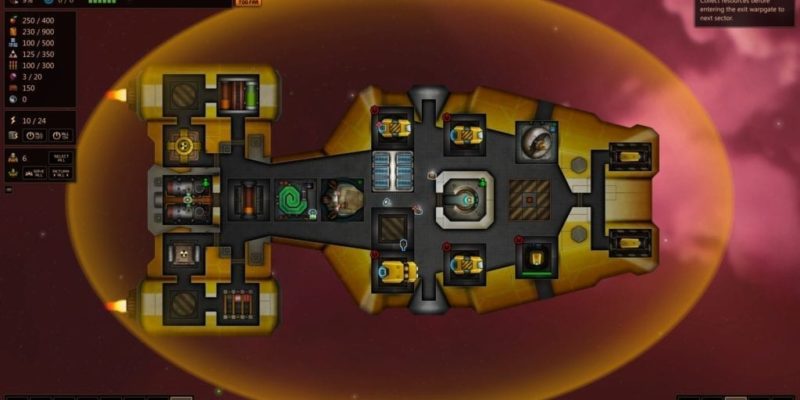 It’s been over six years since games like Faster Than Light and Binding Of Isaac brought the rogue-lite genre to the masses. The genre, characterized by run-based gameplay and procedurally generated stages, continues to grow even today. Dead Cells, with its tight controls and action-packed combat, currently sits at a “Very Positive” on Steam after leaving early access recently in August. Clearly, there is still room for this genre for some new contenders. Developers over at Interactive Fate are looking to carve out their own piece of the pie with their debut title, Shortest Trip To Earth. The Estonian games studio first announced the new game with an Indiegogo campaign. Although the campaign failed to raise its goal of $30,000, the small team managed to release in Early Access on Steam just last week.

Shortest Trip To Earth is a self-described “cozy top-down spaceship simulator, inspired by Faster Than Light and Firefly.” It’s easy to see where the developers were inspired by just looking at a screenshot. Veterans of FTL will feel right at home immediately with Shortest Trip. Players will pilot a Mothership through a procedurally generated space littered with aggressive pirates and helpful traders. Stop me when this starts to sound familiar.

However, don’t write this off as just a shameless ripoff of FTL. While the core mechanics of these two games are very similar, Shortest Trip has some tricks up its sleeve. 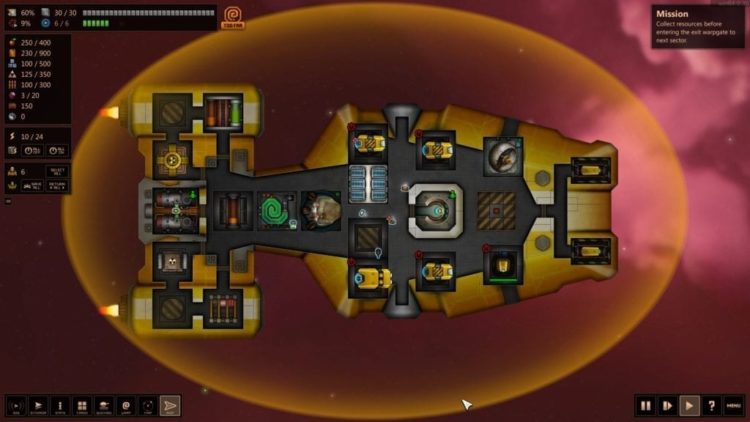 This UI feels familiar and welcoming, like your college town’s Waffle House.

Shortest Trip To Earth heavily emphasizes resource management. Players will collect seven different resources on their adventure through space: Organics, Fuel, Metal, Synthetics, Exotics, Explosives, and Credits. All of these resources require constant juggling. For example, every planet you travel to will eat away at your Fuel and Organics. This provides players with a difficult choice. Do you explore every possible solar system to the fullest in the hopes of finding more resources or upgrades for your ship? While this might net you another Industrial Laser, it might consume too many resources and doom you down the road.

Shortest Trip is also packed full of choices. Each solar system will present you with all sorts of weird situations, and you’ll have to make important decisions each time.

On one of my runs, it presented me with one of the strangest situations I’ve ever encountered. After landing on a planet, my crew discovered a giant, sentient, plant-like lifeform. The massive plant seemed to cover the whole planet. The game presented me with the option of either giving the plant some food from my ship’s Organics pool or just leaving. After feeding the plant almost all of my crew’s food supply, it presented a pod to my planetside crew. The pod contained a brand new crew member inside of it, whose DNA makeup was supposedly a mix of the two crew members I sent to talk to the plant.

Predictably, my entire crew starved a short time later from lack of food. Still, this was a great example of the many unpredictable choices players may encounter. 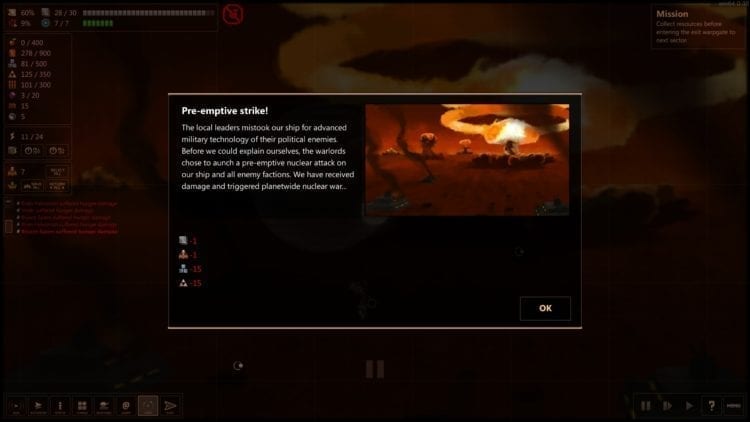 Not all your decisions will turn out as successfully…

Combat in Shortest Trip is almost identical to FTL. Your ship has different stations, such as Shield Generators, Weapons, and the Bridge. A member of your crew must man these stations in order for them to operate at full capacity. Each crew member has stats that will determine how efficiently they operate these stations. For example, a crew member with high Gunnery skill should obviously man a weapons station instead of the Shield Generator.

This all sounds pretty straightforward, and it is until things go sideways. Blazing fires and constant repairs will plague your ship as your traverse the cosmos. Combat can get pretty chaotic as you try to keep your weapons manned without falling behind on repairs. On top of all this, the occasional hostile boarding party makes for a perfect storm of disasters and could spell your doom.

Speaking of doom, expect to repeatedly face your death in the cold void of space. Shortest Trip To Earth is not an easy game. I struggle to consistently achieve any sort of victory in Faster Than Light, so I’ll be the first to admit that I’m no expert in the genre. Even so, I struggled to defeat even the first boss of Shortest Trip. I had to bribe my way into Sector Two, where my crew starved to death soon after. So, FTL fans, rejoice. This game is just as brutal. 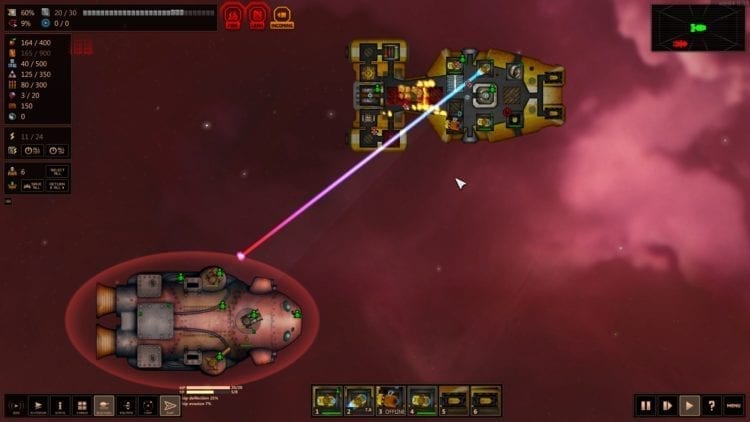 Call Of Duty: Black Ops 4 Black Market Cosmetics Will Be Live Next Week