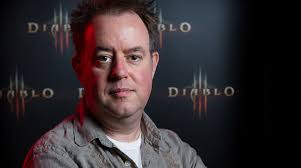 Jay Wilson took a lot of flack for his work on Diablo 3 before leaving Blizzard  company and he’s not spoken much about it since his departure. Wilson’s Twitter feed sprung to life with Diablo 3 topics today and there were some interesting snippets of info.

The die-hard players of the early Diablo games were critical about many of the design decisions such as the art style and the direction the game took. Wilson says they were “worried about stagnation” so they built ” what felt like, to us, a unique sequel.”

Wilson also commented on the recent criticism over the BlizzCon Necromancer announcement adding, “Name another game company that adds a new class and remakes an entire game inside their existing game…for free.”

What is interesting is that Diablo 3 was originally more like what Jay described as “Diablo 2.5” but says they “weren’t excited by it. It wasn’t worth releasing.” When Blizzard North was disbanded, development moved to Blizzard Irvine and all Blizzard North’s work on a third game was scrapped.

Fans have blamed Blizzard’s upper management for many of the game’s design decisions but Jay denies there was any pressure, “there was no upper management pressure. Blizzard was the most creative freedom I had in my game career.”

Following Jay’s departure, Josh Mosqueira took over as Diablo 3’s game director and the game moved forward to what it is today. It may not be a Diablo 2, and it’s somewhat flagging these days, but players are still waiting for the next installment which they had hoped would have been revealed at BlizzCon this year.