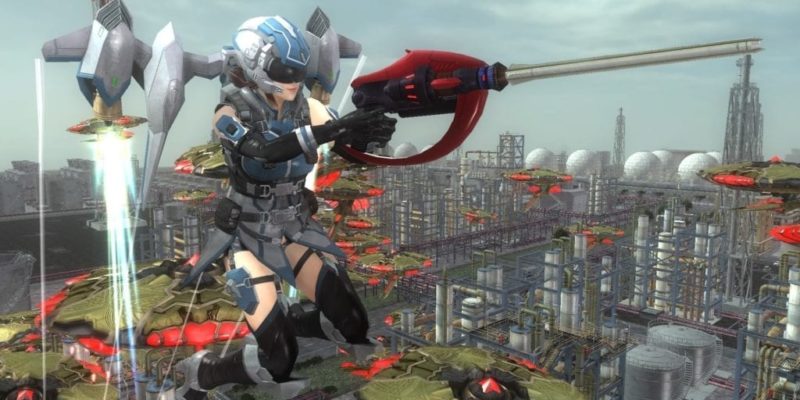 The Wing Diver has powerful synergies with other classes

According to its Steam page, the wave shooter Earth Defense Force 5 will be released for PC this month. There have been unconfirmed reports the release date will be July 11.

Carve a path through the invaders

Earth Defense Force 5 has been well received since its English PS4 release in December 2018. The series is known for its ludicrous numbers of cheesy science fiction and kaiju movie monsters to kill. What it lacks in style it makes up in pure carnage and scale, surrounding you with explosions and flying bug viscera. 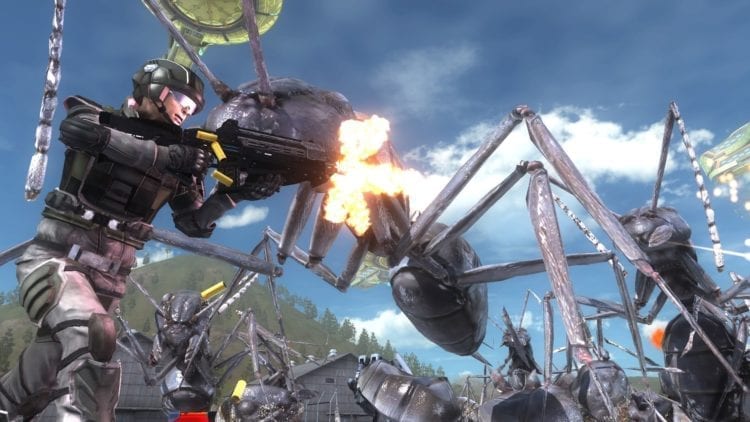 The Earth Defense Force fights together

Another major draw of EDF5 is the online co-op for up to four players. Players of EDF4.1 will be familiar with the four classes available for play: Ranger, Wing Diver, Air Raider, and Fencer. Ranger is a standard run-and-gun shooter who uses a variety of high-powered ranged weapons. Wing Diver is a flying high-mobility attacker, Air Raider is a support class who calls in heavy weapon vehicles and can assist with targeting, and Fencer is an extremely technical melee class. Yes, it is in fact challenging to melee a giant horde of bloodthirsty aliens. Using the synergies between these four classes is what makes co-op one of the best-loved aspects of the Earth Defense Force series. 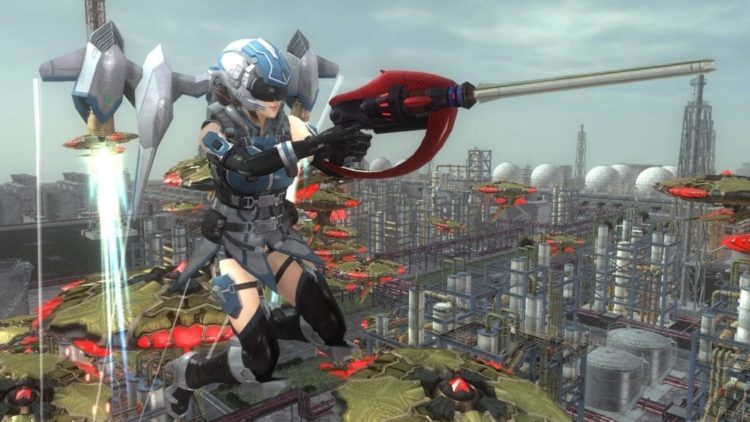 The Wing Diver has powerful synergies with other classes.

Since the gameplay is fundamentally similar to EDF4.1, it’s worth noting what’s new about Earth Defense Force 5, aside from just being more bug killing. The major addition is enhancements, which allow you to alter the stats and movement of your character. These are especially important to the Wing Diver and Fencer, who use them to improve their evasion and traversal. Another big change is moving some of the Air Raider’s vehicles to the Ranger. Meanwhile, the Air Raider gets a more reliable shotgun as their basic weapon, making both more balanced classes.

For the most part though, this is just an opportunity to play some more Earth Defense Force. Whether or not that is worth the price is going to depend on how much you enjoy the fundamental mix of wave-based shooting, loot-hunting, and technical gameplay that has made the series famous. Just remember — your co-op partners will need to also pick up a copy on Steam after the release. 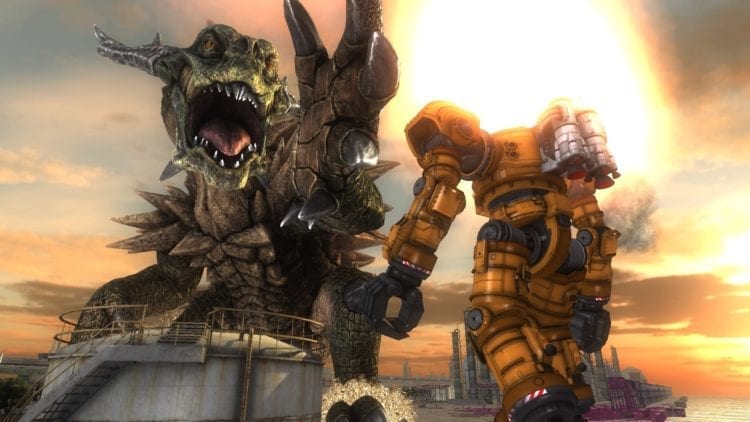 Yes, kaiju battles are back.

Subdivision Infinity DX embarks on its journey to Steam in August