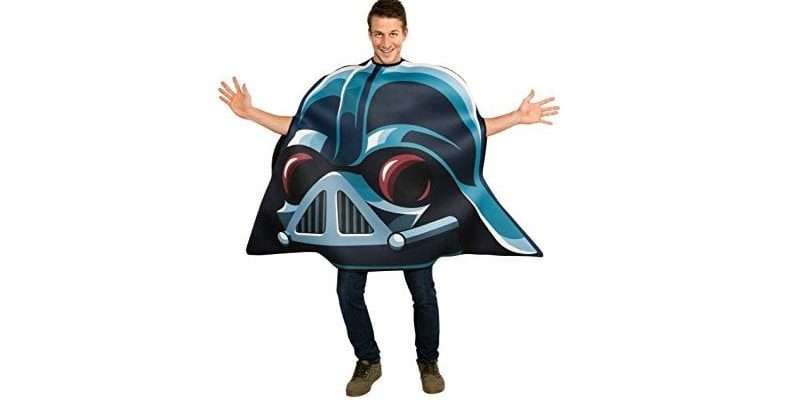 I know, I know, it’s like there’s an endless stream of EA/Star Wars Battlefront 2 related coverage at the moment. It wouldn’t have to be this way if EA didn’t keep trying to swipe away criticism and accidentally hitting themselves in the balls.

Today, they held Telecom Conference with Credit Suisse. It’s not up yet, but you may be able to find a transcript of the discussion here in the next day or so. I’m not sure what EA’s criteria is when deciding which ones to transcribe.

EA’s Blake Jorgensen talked about the Star Wars Battlefront 2 microtransaction situation, and justified the decision to (temporarily) pull them from the game in the following manner: “We pulled off on the microtransactions, because the real issue the consumer had was they felt it was a pay-to-win mechanic.” Always nice to be commodified as a ‘consumer’. Thanks Blake.

Anyway, Jorgensen was then, quite sensibly, asked why Battlefront 2 had not taken the more easily defensible cosmetic in-game-purchase route. He confirmed that EA are indeed working with Lucasarts on some cosmetic transactions, so hey, look forward to even more ways to spend money in your $60 game in future, but then made some rather odd statements.

“The one thing we’re very focused on and they’re extremely focused on is not violating the canon of Star Wars … It’s an amazing brand that’s been built over many, many years. So if you did a bunch of cosmetic things, you might start to violate the canon,” he said, noting that a pink Darth Vader would not make sense in the canon. Hmm. Okay.

What also may not make much sense in the Star Wars canon is having 14 different heroes from three different trilogies fighting it out in multiplayer. But that’s exactly what can happen in Battlefront 2 and is probably a good thing. If you’re going to force players to arduous lengths to unlock the heroes in the first place, the least you can do is let them be used without ‘canon’ restrictions.

It’s also very funny to see people defer, reverentially to this mythical canon. As if Disney and Lucasarts haven’t already commercialised Star Wars beyond all meaningful recognition. Where does a Star Wars Angry Birds costume fit on the canon spectrum? Is that better or worse than a technicolour Darth Vader? It might be a bit late to cling to authenticity when the Death Star Popcorn Maker is out there, in all its vulgar licensed tat glory.

I’m not exactly excited for Star Wars Battlefront 2 to layer some cosmetic purchases on top of its already unpleasant store options, but given the choice I think most would have opted for purely cosmetic microtransactions over the botched progression system they actually got. EA’s suggestion that this was simply too taxing due to the hallowed demands of the Star Wars canon are as laughable as they are bogus.