Even before this point, EA hadn’t been enjoying the best year. Mass Effect: Andromeda was not exactly a critical flop, but the sigh of disinterest that surrounded it was arguably worse. Any single player DLC that had been planned was quietly shuffled off to a farm on a faraway planet, and the series is reportedly (though sources differ here) ‘on hold’ for a while. Sales numbers are even harder to figure out, complicated further by the fact that Andromeda was very quickly in the bargain bin. But with an approximate budget of $100 million CAD ($73 million USD), it cost almost twice as much to make as Mass Effect 3.

Later in the year, the company further endeared itself to players everywhere by adding Visceral to the list of studios EA has purchased and summarily executed. Good luck to Respawn in their future endeavours.

I expect we’ll see another Titanfall before the sun sets, at least.

But that, it turns out, was all just a quiet preamble for EA’s nightmare PR week. Rumblings about the nature of the Star Wars Battlefront 2 progression system and its intricate ties to ‘pay to win’ style loot boxes began during the game’s beta, but only got louder once those with pre-launch access got hold of it. Word of the egregious amount of time needed to unlock single characters through standard play (40 hours for Darth Vader, and so on) had EA deploying the usual PR jargon.

That didn’t go particularly well, and one jargon-tastic Reddit response managed to amass 674,000 downvotes (unlikely to all have been from eager Battlefront 2 players, but it made a point). EA cranked the crisis management machine up into a slightly higher gear and announced that unlock times for characters would be slashed by 75%. At the same time, they may have quietly reduced the in-game currency rewards by similar amounts (I’ve found it difficult to get absolute clarification on that aspect).

Collective action by Battlefront 2 players and other interested parties tired of ‘monetisation’ creeping in to every aspect of game design ultimately raised enough of a stink to get the issues noticed by mainstream press. Both CNN and the BBC carried articles about the affair, the former report referencing a separate (still ongoing) investigation from the Belgian Gambling Commission.

Belgium’s top man is on the case.

What happened next was rather extraordinary. Battlefront 2 launched worldwide on 17 November with the micro-transaction store removed. Before EA had even put out an official statement the game was available to play in various regions with no in-game purchases to be seen. Eventually, a statement did appear. It put to bed rumours that the transactions would be gone for good, stating that “The ability to purchase crystals in-game will become available at a later date.”

Suspicions that Star Wars owners Disney were thoroughly unimpressed with having their ‘brand’ hauled up for encouraging gambling type behaviour in children are unconfirmed. Clearly though, something significant happened to make EA temporarily reverse a design decision that Battlefront 2 had been designed entirely around. And it happened late enough in the release process for there to be no official statement ready to go ahead of time.

It gave the impression of a publisher scrambling to stem the bleeding and end the bad press. Instead, since the launch of Battlefront 2, things have really only got worse for EA. 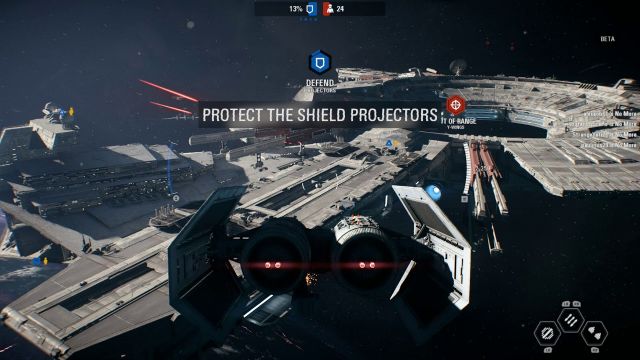 *Shield projectors may be sold separately.

Reports that the Belgian Gambling Commission investigation (mentioned above) had concluded that loot boxes were indeed classifiable as gambling proved to be incorrect, and based on poor translation. However, that Commission investigation is still ongoing, and Belgium’s Justice Minister Koen Geens has declared his opposition to loot box heavy business models.

They’re not the only legislators publicly taking a look some of the game industry’s more aggressive practices. Yesterday, Hawaii state representatives held a press conference attacking EA’s “predatory” business model in Star Wars Battlefront 2, and suggested that legislation prohibiting certain mechanisms or slapping a much higher age rating on such titles may be under consideration.

“We’ve been talking with several other states as well, with legislators there who are looking at the same thing. I think this is the appropriate time to make sure that these issues are addressed before this becomes the new norm for every game,” said Hawaii Representative Chris Lee. You can see highlights from that press conference, below.

Other countries could, slowly, be making similar moves. A response to a query made to the Victorian Commission for Gambling and Liquor Regulation, posted to Reddit yesterday, makes it plain that regulators have their eye on the direction games have been moving. “What occurs with “loot boxes” does constitute gambling by the definition of the Victorian Legislation,” the reply states. It notes that the main hurdle to action being taken (echoing conclusions that arose around last year’s CSGOLotto YouTube scandal) is that “Legislation has not moved as quick as the technology; at both State and Federal level we are not necessarily equipped to determine the legality of these practices.”

But a point of hope for those opposed to such business practices can be found elsewhere in the Commission’s response: “It is perhaps unfortunate for these companies that gamers have infiltrated most areas of government; be assured that knowledgeable and interested parties are undertaking a large body of work in relation to issues you noted.” A persistent (and fairly well founded) fear about government intervention in these issues is that legislators don’t fully understand the industry. With more people in positions of power who grew up with videogames as the norm, that may be about to change. 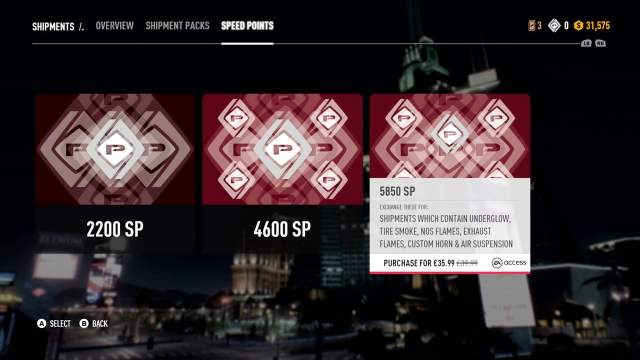 Oh, that’s why they called it ‘Payback’.

So that’s all EA have to worry about, right? Andromeda under-performed, everybody dislikes what they did to Visceral, and their greedy over-reach in Battlefront 2 has got regulatory legislators the world over looking at games with a more watchful eye.

Well, no, there’s a little bit more. Perhaps fearing a similar Battlefront 2 situation, EA have (in a somewhat lower key way) been shuffling the deckchairs on the loot box titanic in Need for Speed Payback as well. Meanwhile, FIFA players are organising around a #FixFIFA hashtag and a boycott of any in-game purchases over the Thanksgiving weekend (traditionally, a major weekend for the game). This isn’t strictly a loot box issue, but a desire to see a myriad of long-term issues with the game addressed.

The longer term consequences to all of this will play out over the coming weeks, months, and perhaps (where external legislation might be concerned) years. How EA attempt to weather the storm could be just as fascinating as the eventual outcomes. PR statements about the company “listening” and vague allusions to “making changes” probably won’t cut it this time. Battlefront 2 may prove to be a tipping point from which there’s no simple way back.

By Michael Feghali2 days ago
Features