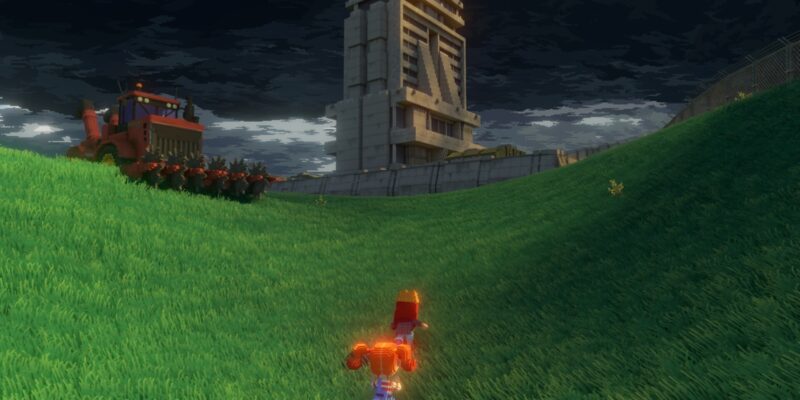 Echo Generation has just released on PC and consoles, bringing hours of adventure gaming and turn-based battling to players’ hands. I reviewed the game, on PC of course, and had a marvelous time. On top of that, I was lucky enough to get to field some questions to the co-founder of developer Cococucumber, Martin Gauvreau, who also served as game director on Echo Generation.

PCI: Why was the decision made to keep the party focused on the MC and their sister, plus a pet as opposed to recruiting other kids in the neighborhood?

Gauvreau: Although initially there were discussions about having other kids be part of the party, as the story developed, we found that it began to revolve more around the family. We wanted to build that connection and so it was important to have the Little Sister be a permanent party member and for the main character and their sister to go on this journey together. This is also inspired by my own experience growing up in the countryside, where I went on adventures with my brothers.

PCI: Echo Generation‘s tone is very focused on a retro ’80s aesthetic. What were the main influences here when aiming for that?

Gauvreau: We’re inspired by and wanted to pay homage to many of the LucasArts adventure games from the ’90s like Monkey Island 2, Day of the Tentacle and Full Throttle, and also games like The Legend of Kyrandia and Loom — all of which have this retro pixel style. Another treasure trove of inspiration was Spielberg movies like E.T. and Poltergeist and Stephen King’s IT where there are all these strange things happening in small towns. There’s often this forest or cornfield nearby too where monsters live, which represents the unknown and the darkness of the human psyche.

PCI: The graphics are obviously voxels, but there’s a massive amount of detail all the same. What were the biggest challenges involved with making voxel worlds so lush and vivid?

Gauvreau: The voxel style is a fascinating stylistic choice – on one hand it may seem like it would be fast to render, however in reality, the opposite is true as voxel assets have much more mesh data. For example, to create a rock we could use a normal map to simulate some of the texture and bumps. For a voxel rock, the individually placed blocks will result in five to ten times more mesh data and require more optimization to make it perform at 4K at 60 fps on the Xbox Series X. Since this is our second game in our voxel trilogy, we have developed tools and techniques to really push this style, to craft bigger and vivid worlds that not only look stunning but also perform optimally. 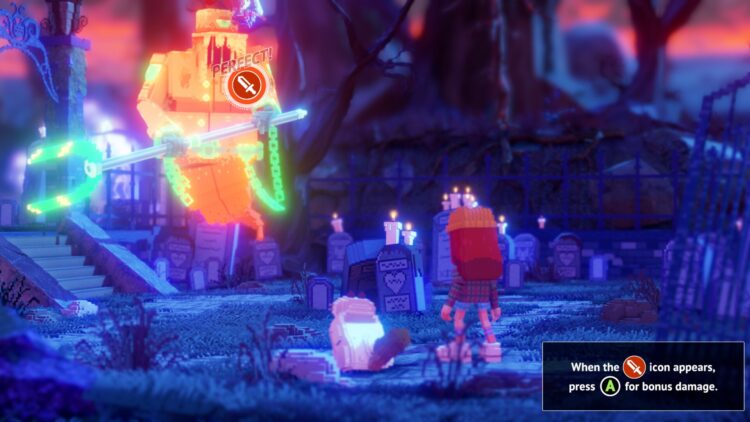 PCI: I really appreciated the irreverence of the characters and their dialogue. Was it always the plan to have the characters be so carefree and comedically selfish?

Gauvreau: Thank you. Even though the tone is light-hearted and comedic, we thought a lot about each character’s motivations and intentionally took the approach of making the story not revolve around the hero. Oftentimes in RPGs, the characters and NPCs are all there to serve the main character and their quest, which frankly results in boring interactions. We wanted to simulate a reality where you as the main character intrude into the lives of others. This also fits into the coming-of-age theme, where we leave the cocooned world of childhood to enter into the harsh realities of adulthood.

PCI: Mom having to hide all the knives because of Lily’s stabbing fixation was a hilarious, yet frightening, touch. Where did that come from and why is that child so good at stabbing things?

Gauvreau: Great question. Since Lily has a more frantic personality and is obsessed with martial arts, the kitchen knife was her make-believe samurai sword. She would never hurt anyone other than the bad guys though! The main character and sister’s hobbies are reflected in their weapons and skills – for example since Dylan plays hockey, that is one of his weapons; his axe and blaster is in reference to his taste for horror and B-movies.

PCI: Each skill having a different little mini-game was a fun surprise. Was it hard implementing so many different ones while ensuring that players wouldn’t get overwhelmed by learning how to complete each individually?

Gauvreau: The minigames were a lot of work but also one of the more fun parts to work on in the game. We took care to create enough variations to make the combat simple, fun and snappy and this is conveyed through the design of the UI and SFX. One of the challenges was to balance the duration of the minigames so that they are not too long or complex since we wanted the pacing of combat to flow and to feel fun. 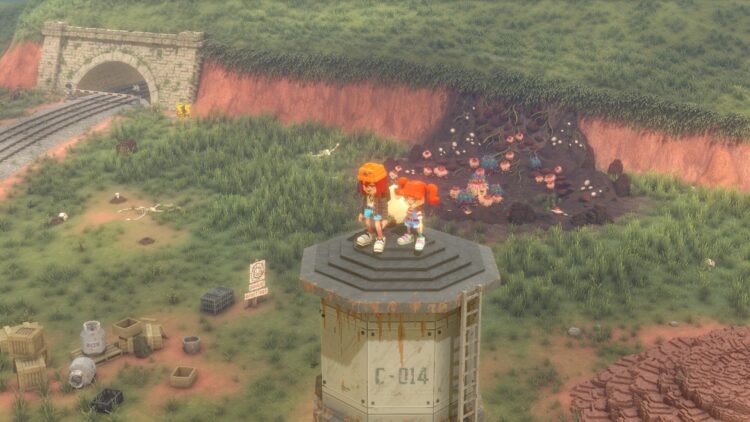 PCI: For the most part, Echo Generation was much more challenging than I was expecting. The experience is clearly right where it was wanted, so what was the reason behind not including an easier difficulty for anyone who wanted one?

Gauvreau: Since our inspirations are some of the older games where there were often no difficulty setting and were hard by default, there was a bit of nostalgia for recreating that experience. The sense of achievement when you see improvements in your gameplay and mastering skills results in a more rewarding experience.

PCI: I was surprised by just how much of a full-on adventure game Echo Generation is. Many of the puzzles are very much in line with the genre’s love of having random, seemingly out-of-left-field solutions. Is there any concern that many people won’t be able to figure some things out without help?

Gauvreau: Adventure is one of the main pillars of the game. In fact as a test, when we disabled all of the combat, we found that the game could stand on its own just as an adventure game. What we wanted to achieve in Echo Generation was to play on an established genre and add excitement through combat. Going back to what made those adventure games fun was the community and interactions the players would share with each other while trying to solve puzzles – and so this experience is created by design.

PCI: It seems possible for the player to level themselves into a corner if they neglect to upgrade their health. Why was the decision made to have level-ups grant a single stat increase versus having automatic ones? And is there a worry that players will have to start over if they make poor decisions?

Gauvreau: In some of our gameplay inspirations like Paper Mario and Octopath Traveller, players have the freedom to assign stats as they please. This approach is important to us, and also allows players to start over again as they wish with different builds, adding replayability to the game. 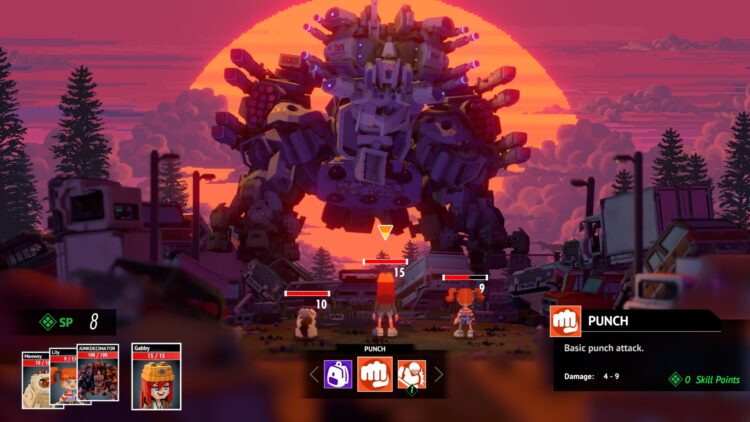 PCI: Completing the game causes the credits to come up upon selecting continue on the main menu. Are there any plans to make it so players can jump back into the world prior to embarking on the finale in order to keep exploring or fighting?

Gauvreau: Although there are no concrete plans for this as of now, this is something that we would like to explore further in the future. Perhaps after we have taken a bit of time to let it breathe and to reflect on the response to the game.

PCI: Will the Principal ever have to face consequences for his crimes and/or weird doll collection?

Gauvreau: Well, I would like to think that he is sitting in jail awaiting trial. We may see him again eventually…

PCI: Is there anything that needed to be trimmed down as development proceeded that the team really wanted to include in the final game?

Gauvreau: As we entered into production, there were many locations that were cut and even as we approached the end of production, some completed levels did not make it to the final release. This is the reality of making sure that we scope the game correctly and the fine balance of delivering a full experience. We hope to revisit some of these levels again and see if they could fit into what comes next! 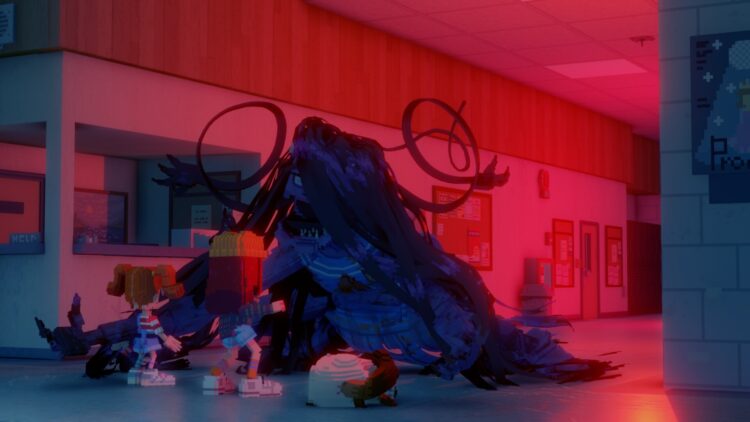 We’d like to thank Mr. Gauvreau for his insightful answers. Echo Generation is available now on Xbox Series, Xbox One, Windows PC and Xbox Game Pass. Here’s to hoping for that post-game freeroam!

Note: This interview has been edited for clarity.

House of Ashes: The 13th premonition and The Devil In Me