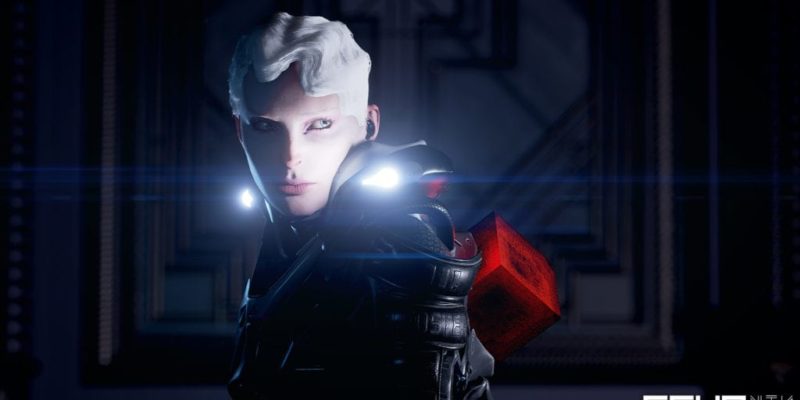 Ultra Ultra are a small Danish studio comprised of eight people who will release their first title, ECHO, next month. The game has received some pre-release attention for its adaptive AI, which can learn a player’s style and turn it against them. Wanting to know more about the capabilities and limits of this AI, and about ECHO’s narrative aspects, we sent some questions over to the studio. They were answered by Martin Emborg, Ultra Ultra’s Art and Game Director.

PC Invasion: For those who aren’t aware of ECHO, could you summarise what the game is about?

Martin Emborg: Beyond saying that this is the game where you’re up against your own way of playing it, I can’t explain it more concisely than this snippet of our Store text:

In ECHO everything has consequence: As you try to wield its magical technologies it becomes apparent that the Palace has a will of its own… It creates “Echoes” – exact copies of you in every way – that behave like you and only do the things you do. So the way you play the game shapes your enemy. If you sprint, soon the Echoes will get faster. If you sneak, they will get stealthier. If you shoot, they will learn to shoot back. The game constantly reacts to your every choice and input.

PCI: The adaptive AI certainly feels like ECHO’s major hook. Was that the starting point for this game; an AI that would alter according to the actions of the player?

ME: It wasn’t, actually – The Palace came first: A single building that spans the entirety of a planet, maddeningly repeated in all directions, which was probably where the seed for the “Echoes” came from actually. Of course, this was all very early in pre-production, before there was even a company. It was just myself and Christel Graabæk, our writer and producer, working on this idea that would become Echo. Once we got going with the team it gets impossible to separate ideas from process, as things merge and evolve. But I think it was probably the strength of the core gameplay idea of the player being up against him/herself that gave the members of our team the courage to quit their “real” jobs and join this venture called Ultra Ultra.

PCI: Along similar lines, what special considerations did you have to make regarding level design, since your AI could be behaving quite differently at any given point in the game?

ME: It is the level design that puts the echoing mechanic front and center, as it presents the player with many different ways of achieving a goal. Those choices then shape the Echoes abilities and possible ways of moving around the level. The same level will play very differently, depending on your choices, so it needs to cater to many play-styles and their consequences, while at the same time offering the player interesting ways of surviving without having to stick to one approach. So yeah, level design was a big undertaking, and I’m not exaggerating when I say that Mazy, our Level Designer, built three levels for each that made it into the game. 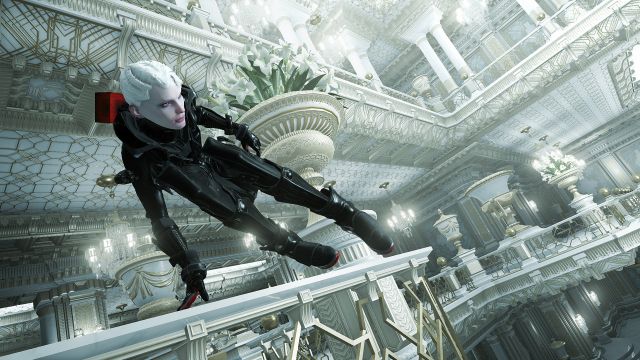 PCI: In a recent gameplay video, it looked like the AI had learned to pick up a quest-specific key and carry it around. The scope of that surprised me – so are there any things the AI will NOT be able to copy? What are its limits?

ME: We’ve gone to great lengths to ensure that the enemy can learn everything the player can do, as this is at the very core of the game. In the prototype phase we went through many possible features and abilities that didn’t gel with the learning mechanic for one reason or another, so we cut them rather than compromise the promise. In the final product there are very few things they won’t learn. We talked a lot about them mimicking silly locomotion for example, and while we thought it would be fun, there was more important stuff to attend to.

PCI: It sounds like the AI is ‘refreshed’ after every Blackout. Do they retain any knowledge at all from prior cycles, or is it all scrubbed in favour of the player’s most recent activities?

ME: In the early stages of production we were building a very different game: The AI was much more akin to straight up machine-learning, simulating your behavior over much longer periods of time. And while this was all very interesting, it wasn’t actually very fun to play with. It was super punishing, as your less tactical choices would haunt you for a long time. Players would stop caring what they learned because the process of undoing undesirable behavior was too cumbersome, and so the entire point of the game was mute. We wanted to make “bad choices” part of the fun, and so went about building a much more dynamic AI. This enables the player to “program” the AI from blackout to blackout via play-style, and it allowed us to build levels where the learning mechanic could be used in a much more instrumental way.

PCI: Gameplay footage has given a good impression of how the AI can learn aggressive combat techniques, but how far does it take stealth tactics? Will it be able to sneak up on players and perform stealth attacks?

ME: Yes they do, and it still takes me by surprise (and freaks me out) when it happens.

PCI: The narrated video was based around a main objective of acquiring a pair of keys. Is this fairly representative of the sort of objectives En will be pursuing?

ME: We found that keeping the level objectives “classic” worked best in conjunction with the echoing mechanic. But that said we do have many different types of levels, featuring different things that the echoes can/will learn that shakes up the playing field. We have levels where you’ll have to cooperate with them in order to succeed, and we have straight infiltration levels where your sole objective is making it through alive.

PCI: Will there be different difficulty levels in ECHO, and, if so, will these determine how much knowledge the AI clones retain and use against you?

ME: We have “regular” difficulty settings that skew various values to harder or easier, but we also have an alternate mode that takes the learning mechanic back to an earlier iteration where the Echoes learned and unlearned over two blackout-cycles. This means that their abilities fade with the first blackout, and are forgotten with the second one. (Unless you do that thing again of course). Depending on how much they’ve learned something (if you do things more they know them more) they’ll take one or two cycles to unlearn. This mode is unlocked once you’ve finish your first play-through. 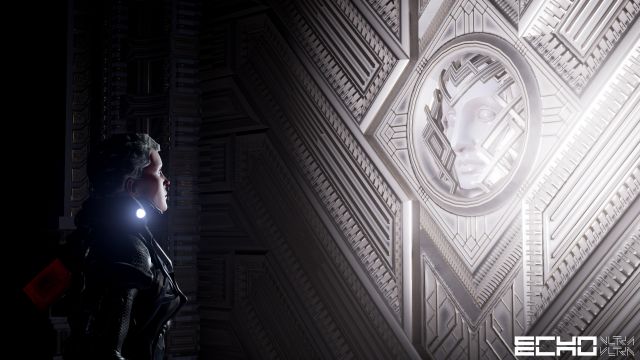 PCI: The palace interiors have appeared quite opulent in the footage shown so far. Were you drawing from any particular architectural inspiration when you created those interiors? Are there other internal styles in other parts of the game?

ME: Our visual inspirations are many, but probably mainly real palaces such as Versailles, whose lavish inventiveness and attention to detail is mind-boggling. Also, the incredible aesthetics of the Frank Lloyd Wright is definitely in there as well. The Palace has different parts that you go through, that feature different themes, reflected both in the visuals and the level design.

PCI: The central concept of fighting against yourself feels like it has broader thematic implications. With ECHO, are you gesturing towards a metaphor for wrestling with your own conscience?

ME: Echo is very much a narrative game. We’ve put as much effort and care into crafting the characters and story as we have the gameplay. You could argue that the game starts as another genre altogether, more in the vein of a narrative experience, before it evolves into the game described above. Through conversations between En and the ship’s AI “London” we start to understand who they are, and why they’re here, while exploring the strange environment. This is something that we return to once in a while throughout the game, slowly unraveling the heart of the drama. The story and universe deals with some pretty loaded themes that I think we have some interesting perspectives on, but as with all art, as soon as we let it go it belongs to the beholder.

ECHO will be released on 19 September.

By Andrew Farrell10 hours ago
Interviews