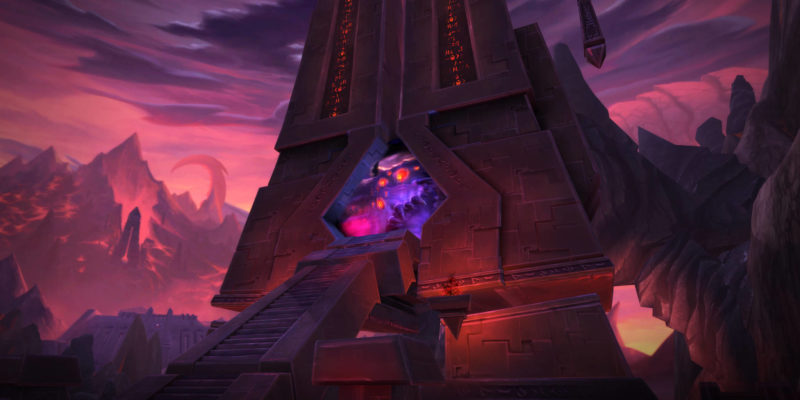 This week, the long-awaited change of Azerite Essences being made account-wide (sort of) finally came to World of Warcraft, along with the soulbound currency required to purchase them, Echoes of Ny’alotha. Echoes can be earned through completing a variety of activities, and you need 500 Echoes to purchase Rank 3 Essences from MOTHER. However, a few restrictions have been put in place, leading to a certain amount of confusion. We’re here to clear that confusion up.

You have to log in on the character that’s unlocked the Rank 3 Essence to be able to purchase that Essence on an alt, but you have to log into a character that’s earned at least one Rank 3 Essence to be able to earn any Echoes of Ny’alotha at all. There’s nothing worse than doing something for a specific reward only not to get that reward, so make sure you’ve logged into your main before attempting any Echo farming on your alts. 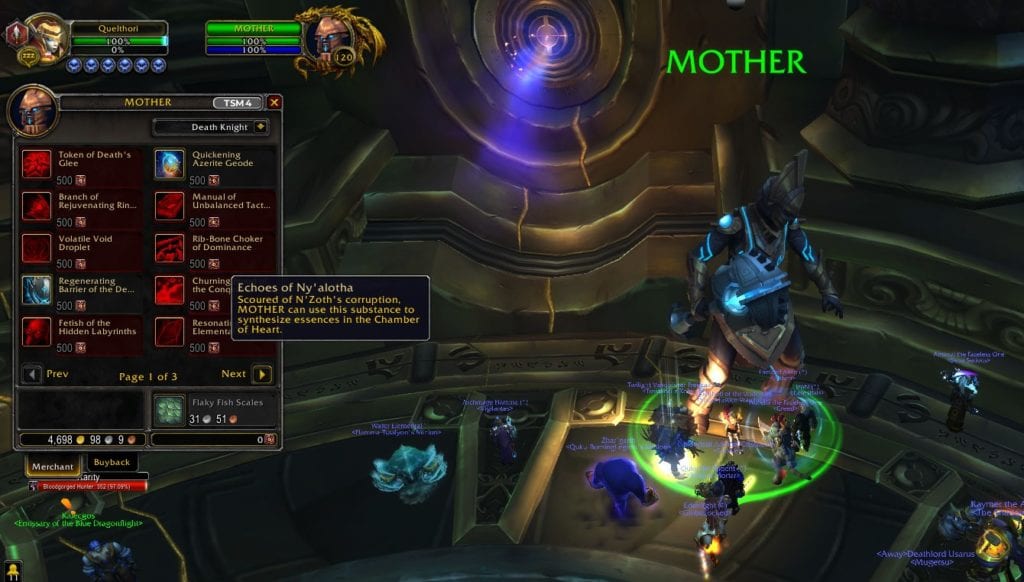 Echoes of Ny’alotha also broke Emissary quests, forcing World of Warcraft to temporarily remove them as a reward, in turn causing even more confusion as players wondered if they’d done something else wrong to stop them from dropping. Thankfully, this bug has already been hotfixed.

Once you’re actually getting Echoes of Ny’alotha to drop properly, farming them is pretty easy and quick, with only 500 Echoes required per Essence and plenty of farming options to choose from:

Echoes of Ny’alotha were specifically introduced to World of Warcraft to allow players to obtain the Azerite Essences they had already earned on one character on any alternative characters, as unlocking an Azerite Essence usually requires quite a lengthy grind. Therefore, only those Rank 3 Essences you’ve already unlocked on at least one character will be available for purchase. That’s fair enough, but players were also surprised to discover not all their Eternal Palace and Battleground Essences were available to all their alts, as the exact Essence is required. 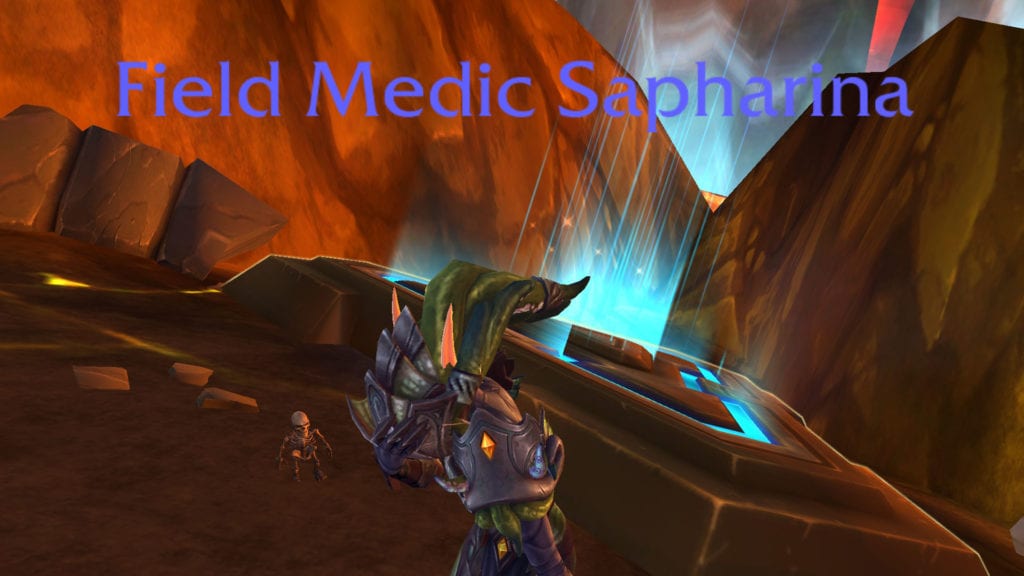 All dressed up and nowhere to tank

In other words, if you want a tank-specific Essence, it needs to be unlocked with a tank. The same goes for a healer or DPS. So, for example, completing the requirements to unlock Blood of the Enemy with a DPS character will not unlock Sphere of Suppression or Artifice of Time. This is a bit of a surprising restriction, as it effectively locks players into whatever role they play on their main, while many players specifically play alts to try out different roles.

However, there is a chance that this restriction isn’t by design, with many players wondering if it’s another bug. Here’s hoping so.

Update: It looks like it was, as Blizzard has since removed the restrictions.

Doom Eternal – The most useful mods, runes, and suit upgrades