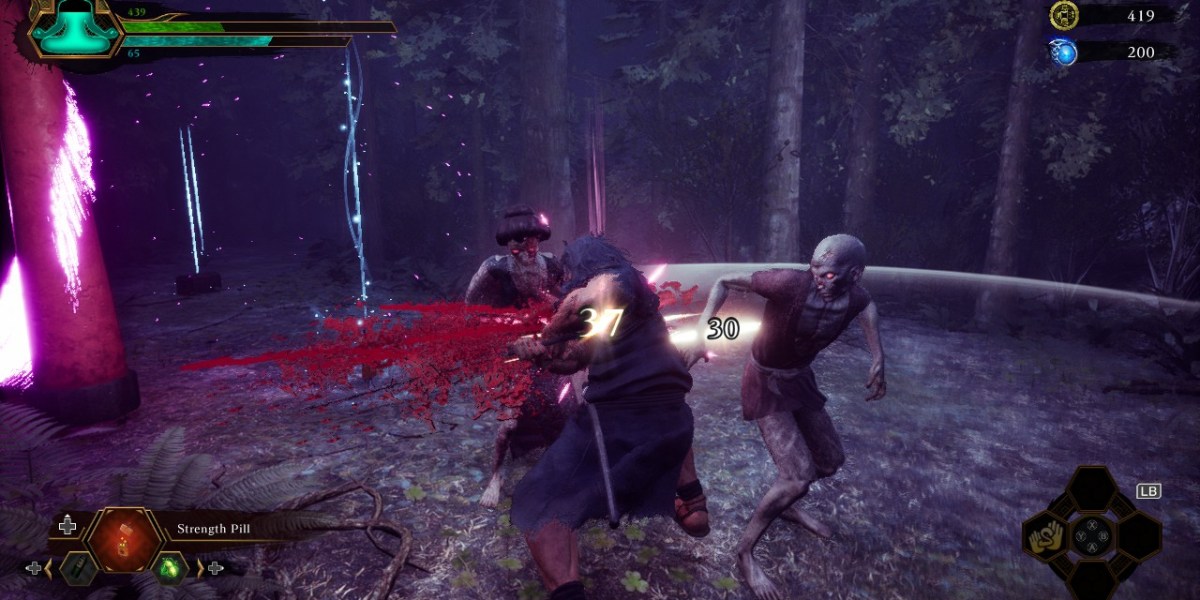 D3Publisher Inc, the publisher behind Ed-0: Zombie Uprising, has a long history of releasing janky games with bad graphics that are also surprisingly fun. There’s the good (the eternally excellent Earth Defense Force games) and the not-so-good (the dull fanservice zombie slasher Oneechanbara). I was expecting something along the lines of either series, albeit with a rogue-lite flair. But honestly, Ed-o is a lot worse than EDF. It’s also worse than Oneechanbara. This is a game that feels ancient, dull, and dated, so let’s dig into what went wrong.

The first misstep is entirely too clear from just the tutorial alone. Ed-0: Zombie Uprising is a hack-and-slash rogue-lite about cutting down hordes of zombies. Unfortunately, it takes its combat mechanics from Souls-likes. I guess it’s most similar to Nioh, but it’s still something that feels like a very strange choice. You start the game as a samurai, with more characters available to unlock as you play. The samurai has a three-hit light attack combo and a chargeable heavy strike. Characters can also pick up scrolls that temporarily grant them access to stronger skills.

The enemies in Ed-0 are, as you likely guessed, zombies. They mostly shamble around slowly and you can stunlock them with the samurai’s light combo. They’re also obnoxiously tanky and tend to do a lot of damage. Healing is similarly difficult, as most of the items you find randomly sitting out in the open don’t heal you. For most of my time with the game, I mashed the light attack button against these horribly uninteresting enemies until they finally fell down. You can also dodge and go into a defensive position that blocks regular enemy strikes. Thankfully, there’s no stamina management. 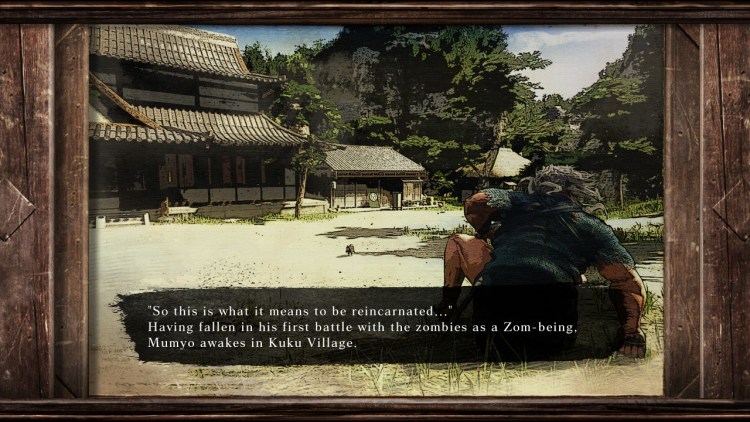 Instead, Ed-0: Zombie Uprising has survival mechanics. Your character’s hunger level drops constantly, so you’ll need to eat food you either buy in the hub or in the levels. Some food explodes or poisons you. It’s all very annoying. Speaking of the game’s levels, they’re procedurally generated and are so simple that I’m amazed they’re included in a game that costs money. The game looks awful, with the levels in particular strongly reminding me of crummier PlayStation 2 games. Sometimes the zombies will grow into a horde and you can get trapped with pretty much no chance of recourse. There is very little worthwhile here.

But what of the rogue-lite elements? Fighting zombies gives you gold and experience, but when you die, the amount of gold you accrued during your run is halved. Great. You can buy vitality and attack damage increases, but they get super expensive and, obviously, you can’t grind to get more money because you’ll just lose everything you had when starting a new run. You can also unlock skills by completing a list of objectives (such as eating certain kinds of food or defeating enemies), but the text is so tiny that I couldn’t see the descriptions on these.

So far, I honestly can’t stand Ed-0: Zombie Uprising and would strongly prefer to not play any more of it. The controls, at least, feel fine and are responsive enough. Regardless, Ed-0: Zombie Uprising is a rather large step back from most other rogue-lites due to its monotonous combat, the plethora of useless items complete with a limited inventory, poor currency systems, and atrocious level generation. The game just entered Early Access so, of course, it could get better. But the amount of better it’d have to get to escape the ground-level design issues seems like an impossible hurdle to me. I’d rather play Oneechanbara, and that’s enough said. 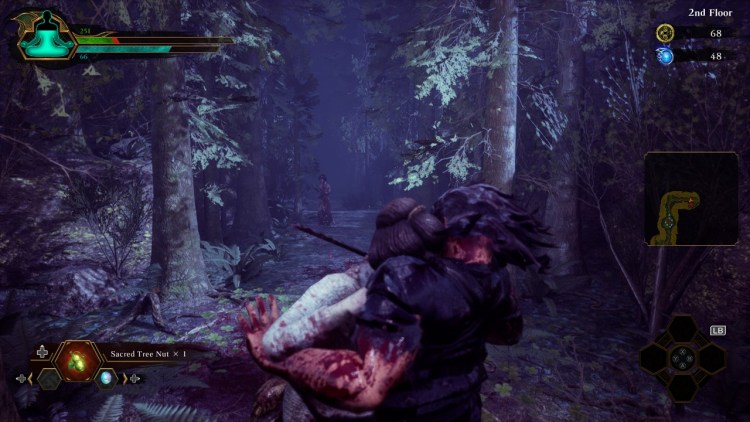