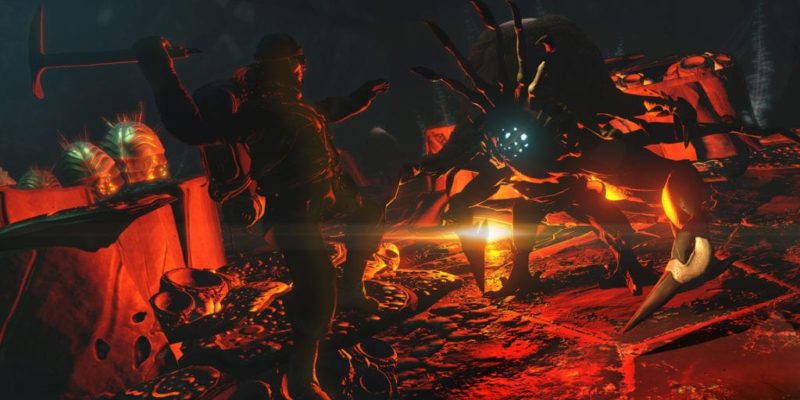 Insomniac Games new game Edge of Nowhere has just been released as an Oculus exclusive which has not pleased all VR owners.

Right now Oculus and HTC are battling for the best VR games to help establish their hardware. Oculus has been funding developers to create games that are exclusive to Oculus Home leaving Vive owners out in the cold. The Oculus DRM can be circumvented with ReVive but it’s not an ideal situation for consumers.

Insomniac say they are pleased with the way in which Oculus is helping fund VR development stating that Edge of Nowhere “wouldn’t exist at all if Oculus hadn’t funded it” when questioned about making the game an Oculus exclusive.

Right now both VR systems are trying to establish themselves and Oculus is pushing the exclusives to make sure their customers have access to quality games. There is nothing wrong with taking this approach if developers are getting access to funding that would simply not be there for VR titles.

The problem lies with Oculus actively blocking Vive users from using their hardware with games released for the Rift when it would be beneficial for VR as a whole to have access to all VR released games. After all, you can purchase Rift compatible games on Steam, they have not been blocked for Vive owners who hook directly into SteamVR. The whole situation is messy with both Valve and Oculus to blame with both parties being concerned about losing out on game sales and a share of the currently small VR hardware market.

The Oculus/Vive battle will rage on but at least developers will be reaping some rewards from the funding provided to create games for whatever VR platform. Consumers will just have to put up with it for now or vote with their wallets and decide which hardware to go for.

The HTC Vive will now ship within 72 hours of ordering