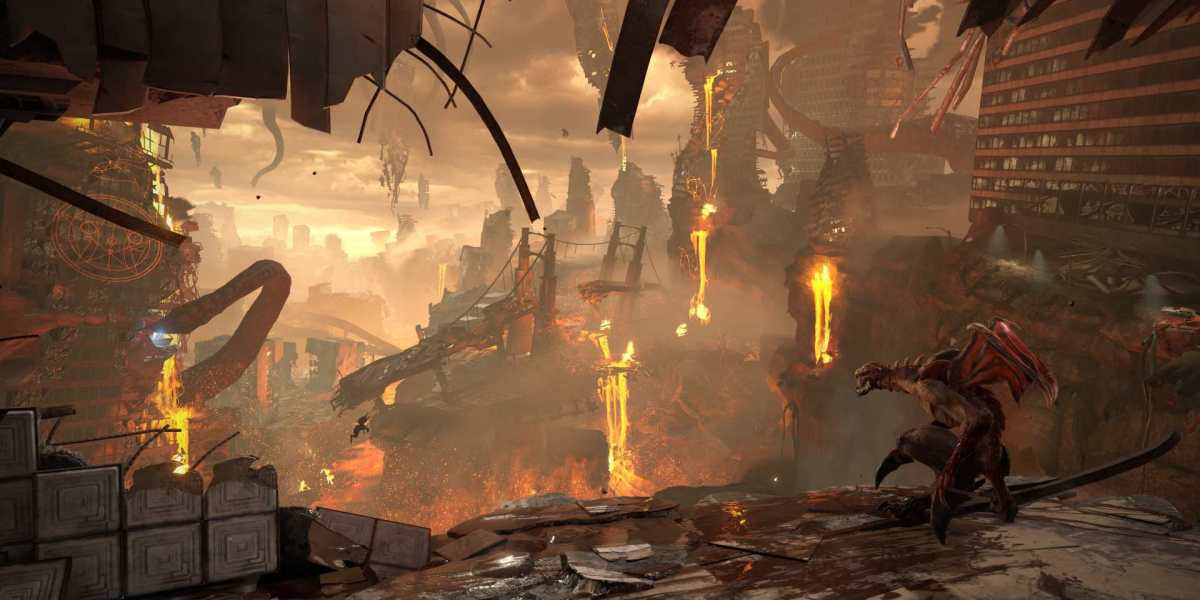 There is little doubt that 2020 ended up being one of the most stressful years in recent memory, and that’s putting things mildly. Everything from the COVID-19 pandemic taking hundreds of thousands of lives worldwide, to wildfires ravaging the West Coast, and countrywide protests against police brutality and systemic racism in the US, marked with the deaths of at least two of the country’s civil rights icons, leading into a fraught presidential election. Although I am luckier than many, I can’t wait to leave 2020 behind – preferably with a stake driven through its heart, a double-tap to the head, and perhaps a small thermonuclear device strapped to it as it rockets towards the sun to make sure it can never rise again.

In a year that’s as miserable as this past one, it’s easy to forget the little things that helped you get through it. Many de-stressed by commiserating over Zoom calls. Others binge-watched everything Netflix had to offer. People like me got by with playing video games. That’s not to minimize the pain and anguish many suffered over the past few months in any way, but we all need ways to cope. For me, it was deeply immersive to help take my mind off the news and the potential hazards of heading outside. These are by no means the only games I played, nor even the ones that occupied most of my time. But they helped me stay somewhat sane in a world that oftentimes seemed to be on the verge of spiraling into an abyss.

Coming off the 2019 holiday season, I played plenty of multiplayer games with my friends and family with Borderlands 3 being chief among them. Yes, it has a slow start that could only later be circumvented by jumping straight to the DLC content, and my favorite Vault Hunter, Zane, was totally screwed over toward the end of the main campaign when the game first launched, but I didn’t mind (much). What mattered was hopping across the galaxy in a rickety ship to battle over-the-top foes and collect tons of loot. My favorites ended up being shotguns that fire suns at people so that I could scream “Feel the burn!” and annoy the hell out of my teammates. Incidentally, both Borderlands 3 and  The Outer Worlds prove exactly why interstellar governments shouldn’t be run by businesses. 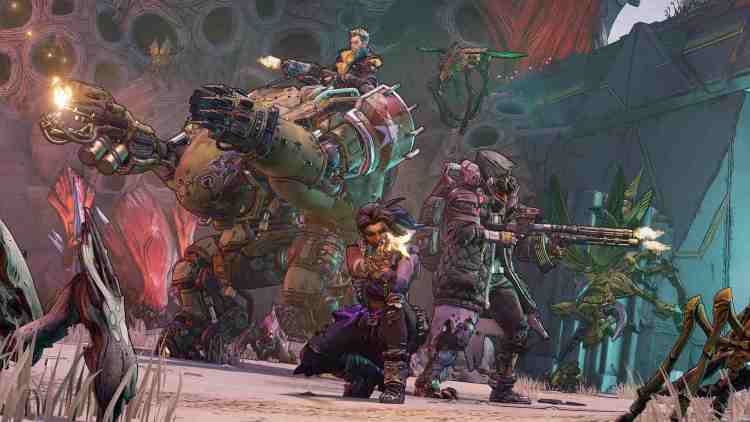 Looking back, it was probably a little weird to play a zombie-slaying multiplayer game in February, but you don’t need to twist my arm to shoot hordes of undead Nazis in Zombie Army 4: Dead War. Given how you’re only supposed to be able to kill zombies by shooting them in the head, preferably from 200+ feet away in a well-fortified perch — which I like to think of as appropriate social distancing. It’s one of those games that makes you ask: “Can you really put down the undead by shooting them in the heart, lungs, stomach, and testicles?” Apparently, the answer is yes, in addition to activating a multitude of traps, punching them with electrical gauntlets, and unleashing a zombie shark on them.

Similar to Borderlands 3, Zombie Army 4 is a game that is enhanced greatly when groups of friends come together to fight off hordes of mindless zombies, especially when they come flooding in as you try to cleanse an area of evil magic. Having a friend cover your back while you’re busy trying to take out obnoxious, teleporting ghost snipers is the key to maintaining strong friendships. Especially when you shoot those guys through the eyehole. 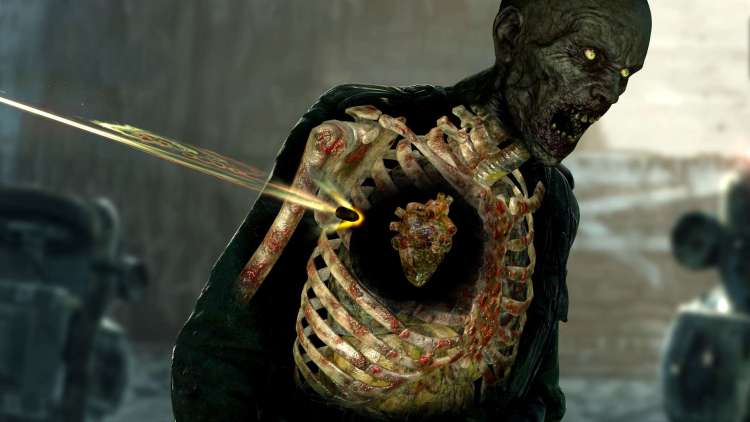 March 2020 may have been the best month for Doom Eternal — a game about saving Earth from the invading forces of Hell — to release. The thrill of shooting, blowing up, and tearing apart scores of demons was quite possibly one of the best parts of staying at home during the COVID-19 lockdown. It’s this kind of fast-paced stress relief that helped me to keep from going stir crazy. Not to mention, cutting through giant demons with a chainsaw is fantastically cathartic. It was also a joy to track down some of the collectibles, which include classic Doom soundtracks to listen to while admiring the creature figurines. 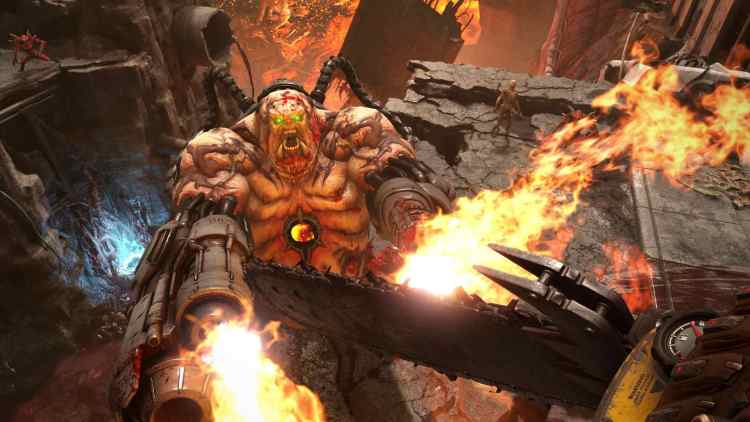 At a time when humor and social connections were in short supply, games such as The Jackbox Party Pack 6 helped provide a little of both.  The Jackbox series is perfectly suited for Zoom gatherings, since only one person had to live stream the game. Everyone else could join using any device with a web browser. As an added bonus, there are five games in the pack, so we could switch as soon as we grew tired of one. For me, it was one of the best ways to stay connected with friends and family. Especially those who live in different states.

Like many, I wasn’t able to visit the beach this year, so I decided to make up for it by playing Maneater instead. Although the plot does get a little dark in some spots, I was delighted by its tongue-in-cheek indictment of ocean pollution, using a 30-foot megalodon to strike back at humanity for being such slobs. You’d think that people might avoid the shoreline once word got out that a giant mutant shark was leaping out of the water to eat tourists, but I guess some people just can’t resist a good beachside party, no matter what the risks. 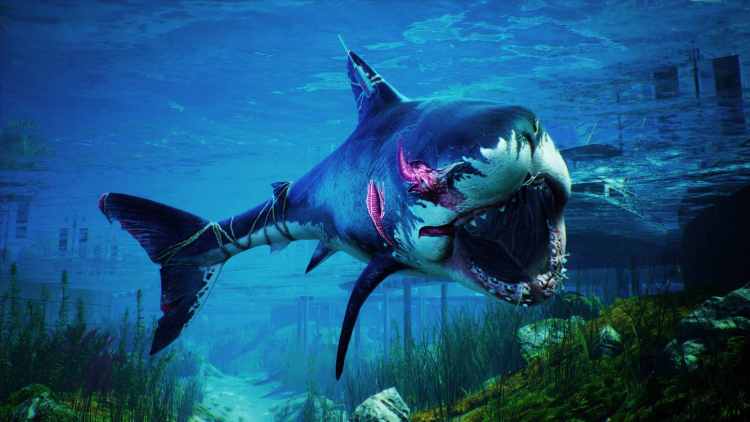 This past year was filled with stressful events, but playing games such as Tetris Effect helped calm me down by focusing my thoughts in an almost meditative way. With its amazing soundtrack, bright graphics, and classic gameplay, Tetris is perhaps the single best game to help distract from all that was going, even as the block-stacking pace picked up speed.

I replayed Watch Dogs 2 in preparation for the release of Watch Dogs Legion and wound up with a renewed appreciation for it. In fact, I think it may be the best in the series. While Legion felt like it ended up giving technologically enforced authoritarianism a mild scolding, Watch Dogs 2 delivered sharp critiques about much of Silicon Valley’s culture, covering everything from racial underrepresentation to the social impacts of overreliance on technology — all while mixing in some fabulously absurd moments to bring in some levity. The game feels as relevant now as it did when it released in 2016, including the growth of connected smart-devices and how social media and misinformation can be used to sway people’s opinions.

It also happened to be the first time players got a short glimpse of Ubisoft’s interstellar VR game AGOS: A Game of Space, which released in October. Players had to hack into Ubisoft San Francisco’s offices to catch a rough cut trailer for the game. So, in a sense, 2020 is the year that Watch Dogs 2 was fully realized. 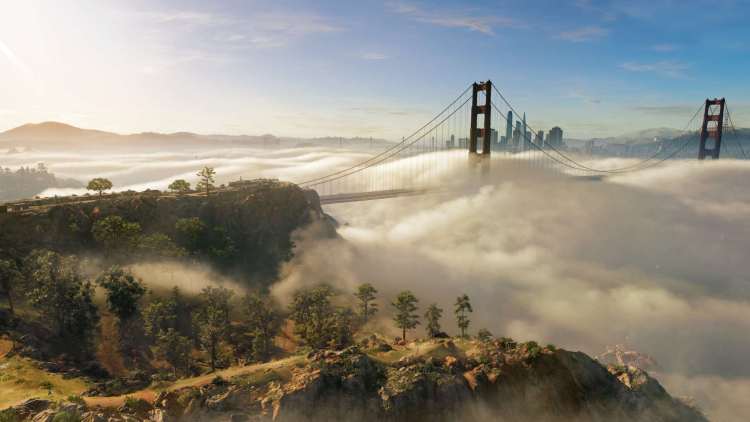 Live performances and concerts were put on hold in 2020, making Fuser a big go-to of mine when it released in October. Even though the game can get a little crazy, with virtual audiences and concert promoters all making various demands of you, putting together music mixes was a huge joy. It’s also fun to watch recorded performances and drop in on multiplayer matches, which became a fun replacement as we wait for real-life concert halls and stadiums to open again.

As 2020 draws to a close, things are starting to look up. COVID-19 vaccine distribution and I’m looking forward to the world returning to some sense of normalcy, even if it means making a few lifestyle changes. If nothing else, 2021 needs to be a hell of a lot different from this past year. Perhaps I and others like myself can hopefully rely a little less on games and other entertainment as coping mechanisms.