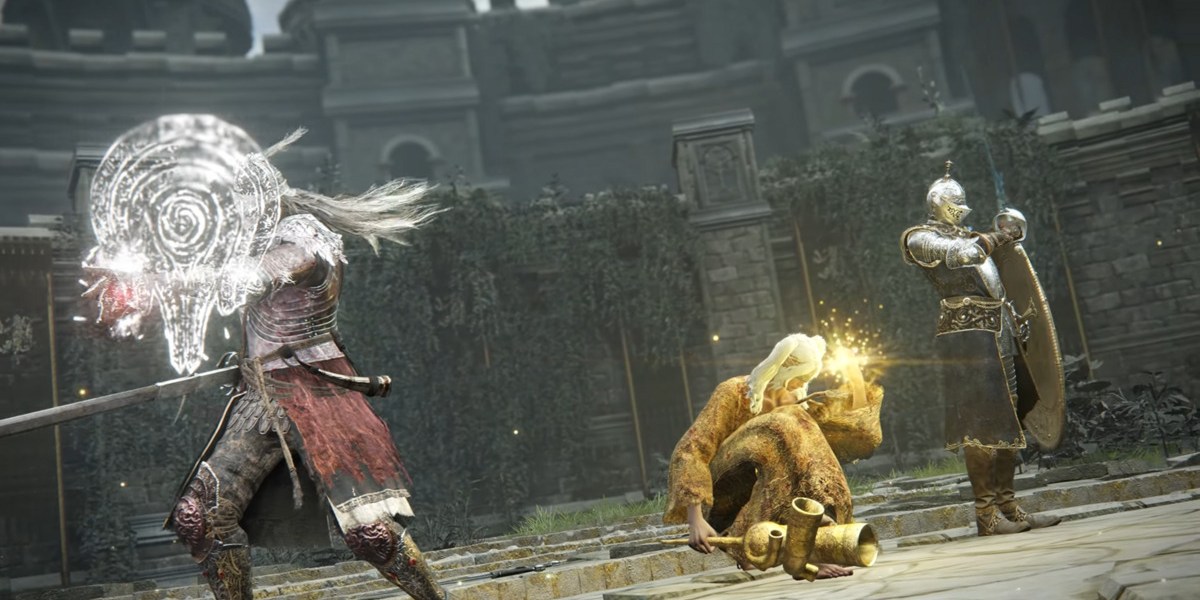 Elden Ring has been a smashing success for developer FromSoftware. The game was critically acclaimed upon its release earlier this year and has since become the studio’s highest-selling title. Fans have been eagerly anticipating any new content and DLC that FromSoftware could be creating, and that patience has been rewarded. FromSoftware has now revealed that the colosseums in Elden Ring are opening up for PvP combat in an update coming tomorrow.

The news is accompanied by a new trailer that gives fans a first look at the PvP combat in action. The official YouTube description reads: “Come forth, warriors, and bask in the glory of the Colosseums. The Colosseums of Limgrave, Leyndell, and Caelid will open their gates, allowing players to engage in battles such as duels, free-for-alls, and team fights. Prove your worth in Free Colosseum Update 1.08.”

Update 1.08 for Elden Ring will finally open up the mysterious colosseums that fans have been theorizing about. As the developer mentions in the official video, this will include three locations across the map. In the trailer, we see battles taking place both as individual fights and what look to be team battles with three players on either side.

As far as restrictions go, we don’t yet know what options will be available to players in any PvP modes being played in these Elden Ring colosseums. Players in the trailer are seen summoning Spirit Ashes, so it appears that the game will allow a large variety of tactics to be used.

The release of this free update comes just a day before The Game Awards. Given the timing of this reveal, some fans have speculated that there may be a larger, single-player DLC for Elden Ring revealed at the event.

The free colosseum update for Elden Ring will be released on December 7. Elden Ring has been nominated for seven categories at The Game Awards, including Game of the Year.