Malenia, Blade of Miquella is an optional boss fight in Elden Ring, but one you shouldn’t miss. She’ll likely go down in history as one of the toughest fights in Elden Ring, but also the most memorable. I mean, who can possibly get her catchphrase out of their head? After hearing it 125 times? Hopefully, this handy guide will help you figure out how to beat Malenia, Blade of Miquella — that way it won’t be 126.

I cannot overstate that the Malenia fight is one of the hardest scraps of Elden Ring. In fact, one could argue that she is the toughest challenge you’ll face. Not only is Malenia fast, agile, and capable of dishing out massive damage, but she heals every time her blade meets your flesh. In my many years of playing FromSoftware games, I don’t recall another boss that can heal itself as it attacks. This fact alone would make her difficult, but her move set also requires practice and patience.

You’ll find Malenia at the root of Elphael, Brace of the Haligtree. It’s a hidden location far to the north of the Elden Ring map. You’ll know you found it once you reach an arena with a floor covered in flowers. Grab some tea and your favorite Wonderous Physick; you’re going to be here a while. 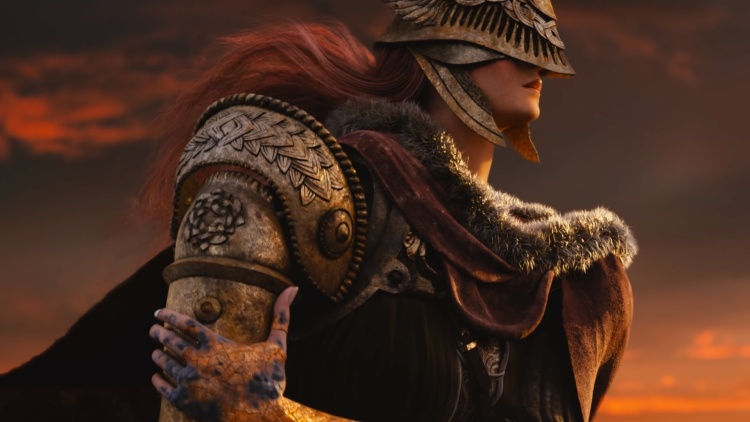 Malenia uses a katana, which you can get later. Most of her attacks have clear tells, and can be dodged. The tricky part, however, isn’t knowing what attacks are next, but how to dodge them.

As mentioned, the hardest part of the Malenia fight is dealing with her healing ability. Don’t be surprised to find that the damage you’ve dealt ultimately means nothing in the face of her health leech. She can even heal if you’re blocking her attacks with a shield.

Her agility is also nothing to sneeze at. Malenia often dashes around the arena, sometimes even away from you after she pulls off some attacks. She can be hard to nail down.

The first thing you need to know before going into the fight is that you have to forget how you’ve dodged up to this point. Generally, many players dodge away from bosses, but her attacks animate in such a way that you’ll get hit after your dodge recovery. And you really cannot dodge away from the Waterfowl Dance. Instead, dodge at an angle toward Malenia during both her sword swings and the Waterfowl Dance. This will make it so your recovery is outside of her attacks.

Malenia also has weaknesses in both phases. She is resistant to Scarlet Rot and bleed, but not immune. You can use these affectively against her. Also, she’s remarkably weak to poise breaks. If you break her poise, attack as often as you can so you can keep her stunned. 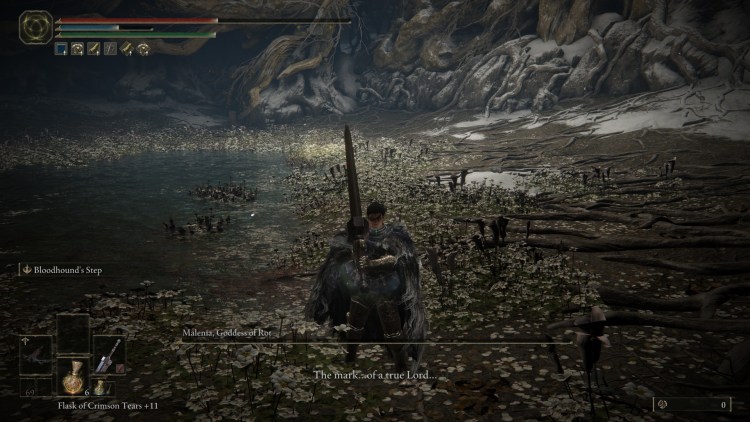 It can be done, even for you “unga bunga” types.

After you defeat Malenia’s second phase, she’s enveloped by a large, orange flower, and she returns as the Queen of Rot. She also loses, like, all her clothes. Malenia has grown two wings made of Aeonian Butterflies. And yes, she flies now. However, she trades some of her mobility for her new moves.

Malenia will open up the phase 2 fight with the Scarlet Aeonia. This attack is remarkably easy to dodge. Simply wait for her to start her dive, and then leap out of the way. Give her some distance, though, as the attack creates a large flower that deals Rot damage over time. However, she’s immobile for a lengthy period, so take advantage with some long-range attacks.

She will also take to the air and send out “phantom spirits,” which will attack once or twice before vanishing. It can be tough, but these attacks can be dodged fully so long as you have enough stamina.

Malenia still has many attacks in phase 2 as she did in the first phase. However, she doesn’t seem to be as mobile, instead relying a lot more on her new abilities as Malenia, Queen of Rot. Remember how to dodge her phase 1 moves and keep at it. You’re almost there.

Your reward for beating Malenia

With Malenia defeated, you earn the Remembrance of the Rot Goddess, 480,000 Runes, and Malenia’s Great Rune. The Remembrance can be traded in for the Hand of Malenia, a STR/DEX katana, or the Scarlet Aeonia Incantation. Her Great Rune, when activated, allows you to heal by attacking enemies — the Bloodborne Great Rune. It also decreases the effectiveness of your healing flask.

Elden Ring: How to beat Morgott, the Omen King