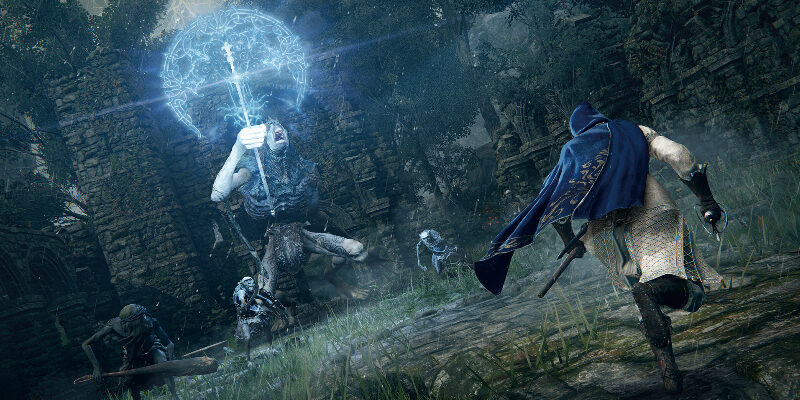 We are officially just 10 days away from Elden Ring‘s release date. The upcoming action RPG is the latest in FromSoftware’s ever-growing library. Be it Dark Souls, Sekiro: Shadows Die Twice, or Bloodborne, the Tokyo-based developer has been producing excellent games. The hope for many is that Elden Ring will continue that trend, but today’s PC requirements reveal may leave some gamers unable to even find out if that is true firsthand.

The minimum specifications to run Elden Ring are relatively hefty. A processor equal to either an i5-8400 or Ryzen 3 3300x is required alongside 12 GB of RAM. This CPU minimum requirement is well above average even for a modern AAA title. Interestingly, the Nvidia GTX 1060 is also listed under the minimum requirements. According to Steam’s latest hardware survey, this is the GPU with the largest market share.

When official PC requirements list minimum specifications like with Elden Ring, it doesn’t usually mean that players on that hardware will have a great experience. Framerates below 60 fps and lower resolutions may have to be tolerated. Those who desire a better experience will require stronger hardware.

It is recommended to have the equivalent CPU of either an I7-8700K or Ryzen 5 3600x. This is heftier than some expected, as other similar games are not usually this demanding. Strangely, the GPU requirement only jumps up to Nvidia GeForce GTX 1070 (8 GB) or AMD Radeon RX Vega 56 (8 GB). It’s not uncommon for new AAA titles to recommend a higher-end card like something from Nvidia’s RTX range. Finally, 16 GB of RAM is listed as well as DirectX12 support, and 60 GB of storage.

The gap between the minimum PC requirements for Elden Ring and the recommended is not that large. This could be an optimization issue, but there is another possibility that may provide some hope for those that don’t reach the requirements.

Some developers aim for low settings, 1080p, while managing to maintain 60 frames per second when determining minimum specifications. If this is true for Elden Ring, then weaker machines should still be able to run it albeit with compromised visuals or performance. Although only time will tell if that ends up being true. In the meantime, those with older hardware may want to avoid pre-ordering and waiting to see what critics think first.

Lost Ark guide: How to get and where to use Currencies, Tokens, and Collectibles