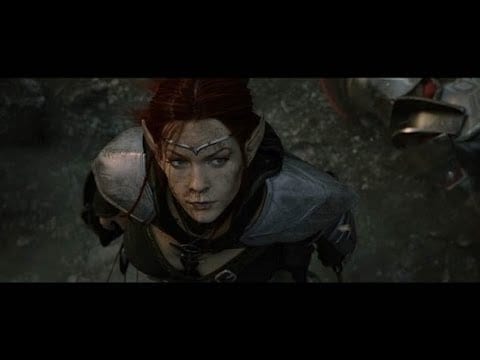 The CG trailer is a whopping eight minutes long and shows a party fighting against some stuff. Probably undead or demonic stuff. Possibly both. There is absolutely no dialogue so I’m being vague. It’s certainly very pretty; you can give it a watch below.

Other than that, there’s the Imperial Edition of the game, available in both physical and digital variants. The physical edition contains the following:

The digital version of the Imperial Edition, as you might expect, only includes the four digital rewards at the bottom. The physical version is priced at £89.99, while the digital version will cost you £69.99. It’s worth noting that all pre-orders also offer a five-day Early Access period plus The Explorer’s Pack, which throws in a Scuttler vanity pet, four bonus treasure maps, and “the ability to play as any of the nine races in any Alliance.” Hmm.

The Elder Scrolls Online is due out on 4 April.

How much cooler would Final Fantasy XIII Be in Retro, 16-Bit Style?

By Logan Broadley19 mins ago
Hardware

By Sam Robins44 mins ago
Hardware