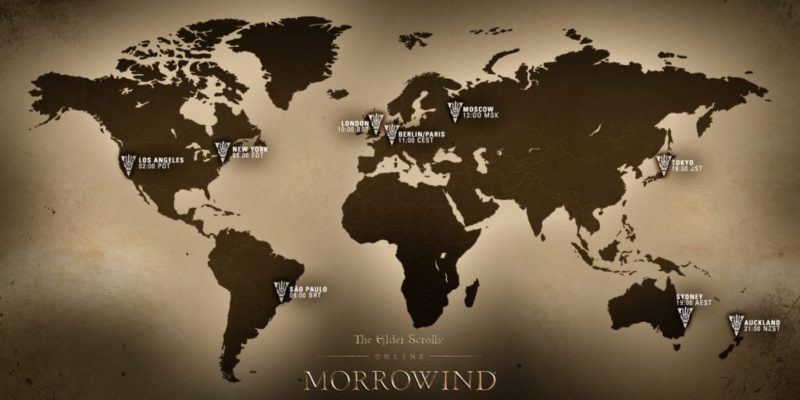 The Elder Scrolls Online: Morrowind expansion launches on 6 June, bringing the popular island of Vvardenfell to the game. Servers will go live globally at 10am British Summer Time (BST)

The same press release confirms that there will be a pre-load period, though doesn’t get specific about when that might begin. However, it does confirm that pre-ordered retail versions of The Elder Scrolls Online: Morrowind can be picked up from 9pm (Eastern) on 5 June in the US. In Europe, from when stores open on 6 June. Servers will be down for a period maintenance ahead of launch.

If you want to know what time 10am BST translates to in your region, ZeniMax have provided the details along with a helpful image. Here’s what time the game will launch around the world.