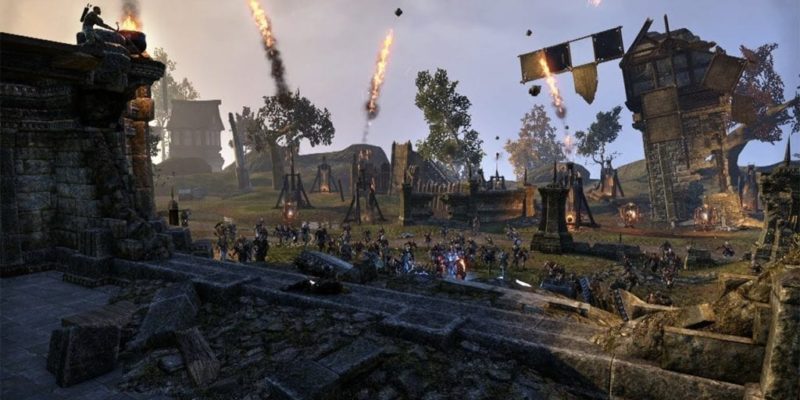 Bethesda has finally announced that their Skyrim based MMO game, Elder Scrolls Online, is going to be on 4th April, 2014 on MAC and PC. PS4 and XboxOne owners on the other hand, will have to wait until June before they get their hands on the award-winning MMO.

Bethesda has released a trailer, “War in Cyrodiil,” [Below] to accompany the release date announcement. The trailer shows off a few of the features that you can expect to see in the game from combat that vary from littler skirmishes, to full scale sieges, you’ll also get to see the three factions that you’ll be able to choose from in the game as you battle for the Ruby Throne.

Elder Scrolls Online is priced at $69.99, and comes with a $14.99 monthly subscription fee, which will start after the first month of gaming.

Pillars of Eternity gets teaser trailer and backers portal update