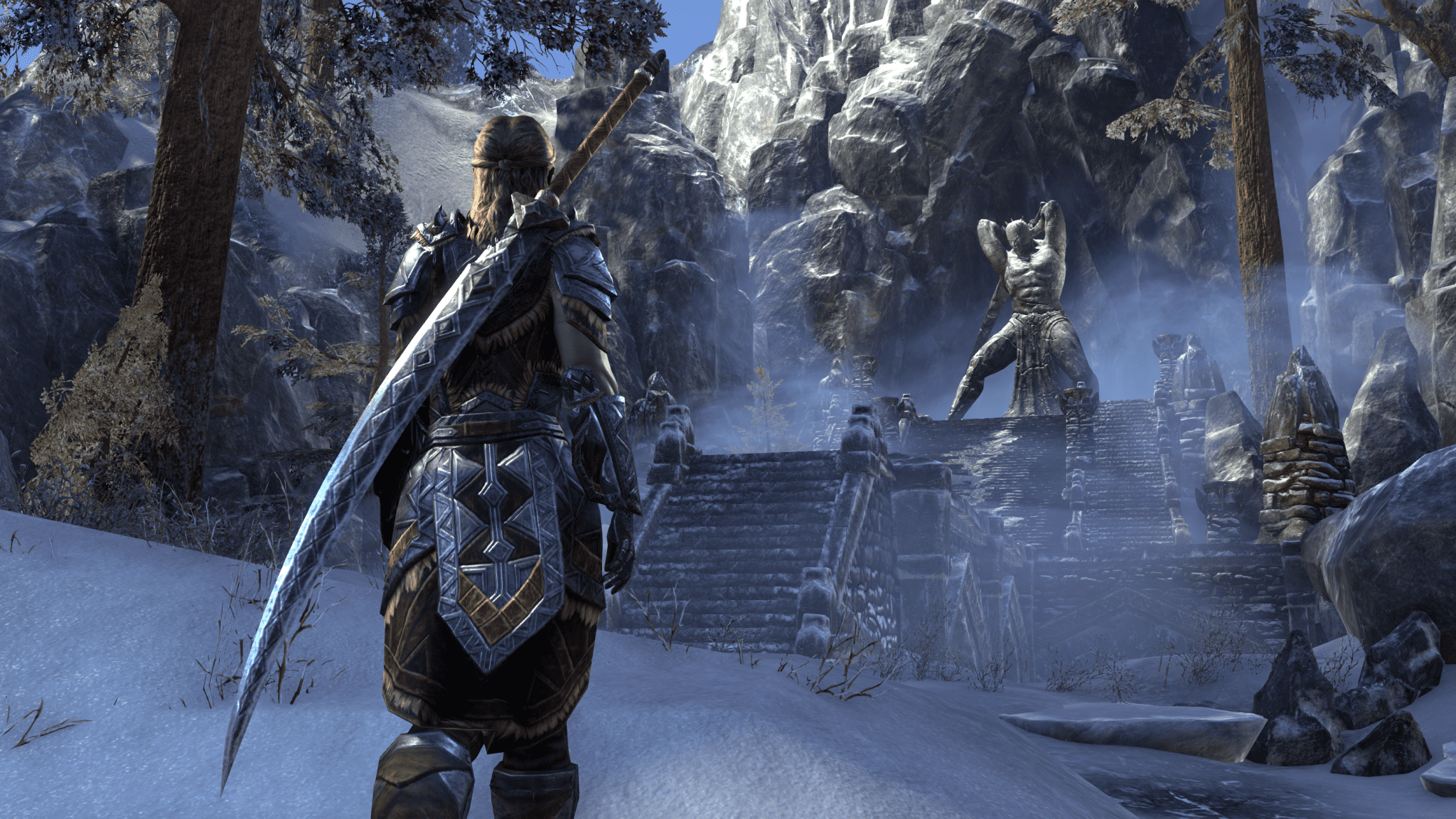 The Orc-ish ‘Orsinium’ DLC pack for The Elder Scrolls Online is available for testing on PC, by way of the game’s public test server. It doesn’t officially launch until 2 November on our platform, but subscribers can play around with it ahead of time.

Orsinium sends you to the titular Orc capital, in the mountains of Wrothgar, in order to assist with the city’s rebirth and reconstruction. There, you’ll find plots and counter-plots aplenty, across an estimated 20-some hours.

This “colossal new zone” will be accessible for all players (no matter the level), and is included with any active Elder Scrolls Online Plus membership. If you don’t have one of those, it’ll cost 3,000 crowns from the bespoke store. I’m not up with my fantasy currency exchange rates, so I’m not sure what that is in dollars or GBP.

Here’s a snowy trailer, featuring the Orc king and his mum making the case for rebuilding the city. A few more images from the DLC follow.